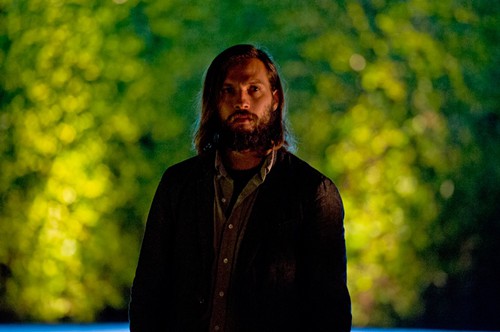 This is it, folks: the last two days of the 39th annual Portland International Film Festival. Here's how you should consider spending your last opportunities:

The gritty struggle of refugees trying to make their way in France is urgently relevant and took home the Palme d'Or at Cannes.

I dragged my feet for a second on this one, because I struggle with depictions of animal suffering. Despite the fact the film opens with an announcement that "no animals were harmed," and despite the fact that it's about a boy and his fighting dog in frigid, backward rural Anatolia, this film failed to give me any new nightmares. Instead it's an interesting, sympathetic depiction of how boys become men in an environment most of the world would likely dismiss.

A lyrical, oddly soothing meditation on the ordinary corners of street level life in New York, Istanbul, and Moscow. If your favorite thing to do while traveling is just getting lost in the shuffle of a city, this is the cinematic equivalent.

There's a little-known custom in Albania that allows a young woman to avoid a nightmarishly misogynist society by taking a vow to remain a virgin, bind her breasts, cut her hair, and live her life as a man. In this dramatization, Mark is one such "sworn virgin" whose entrance into metropolitan society raises fascinating questions about gender and identity. Also there's a tiny moment at a funeral where the men demonstrate a fascinating ritual of shouting/singing/moaning to the corpse that's pretty awesome to witness.

This one, from Girlfight director Karyn Kusama, is a little too talky, and waits too long for the eventual payoff—but it's worth mentioning, especially if you're a Drafthouse Films completist. The tale of an annoying LA dinner party gone weird and wrong also features Logan-Marshall Green as the lead, and he's pretty great to look at while you wait for the horror vibes to kick in.

Two Tuition-Free Preschool Campaigns Are Eyeing the November Ballot. Here's Where They Differ.

What Was Accomplished During Oregon's Whirlwind Special Legislative Session?

by Alex Zielinski and Blair Stenvick