Nine days after anti-Donald Trump student protesters interrupted the first "PSU Students For Trump" meeting, supporters of the leading Republican presidential candidate returned the favor and confronted an anti-Trump rally on the Portland State campus, with the help of right-wing conspiracy theorists from Infowars.

The anti-Trump folks met at 1:30 at Urban Center Plaza on the PSU campus. The pro-Trump folks met outside the PSU student union building, and marched the few blocks together to confront their adversaries soon after. Each side yelled at the other from opposite ends of the plaza for a few minutes before approaching each other and yelling face-to-face.

Here are some pictures from the event (and follow the PSU Vanguard for their coverage): 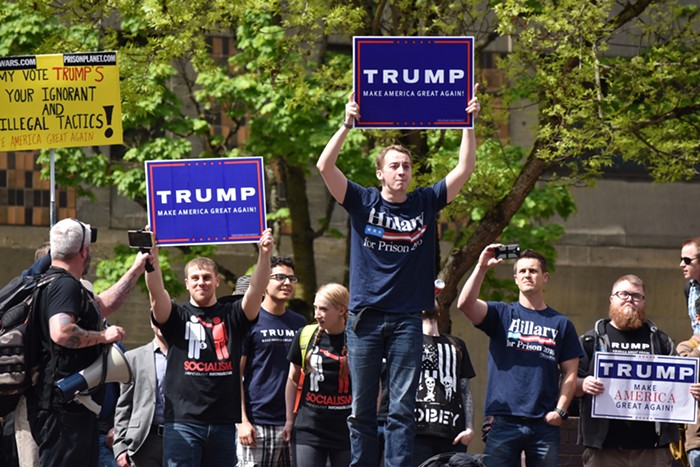 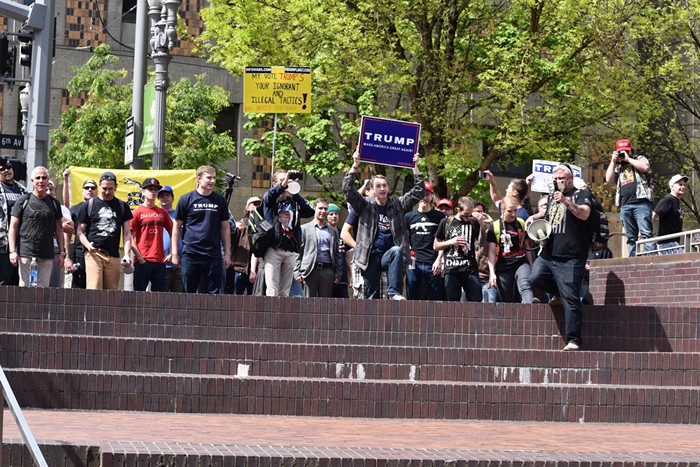 An Infowars guy films an anti-Trump protester, who is not pleased Doug Brown 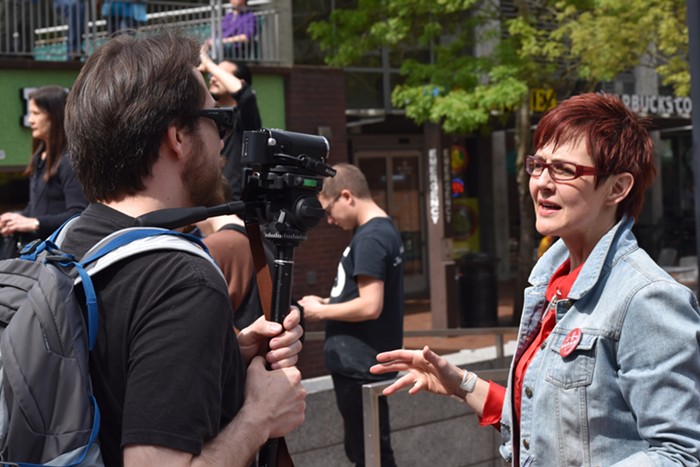 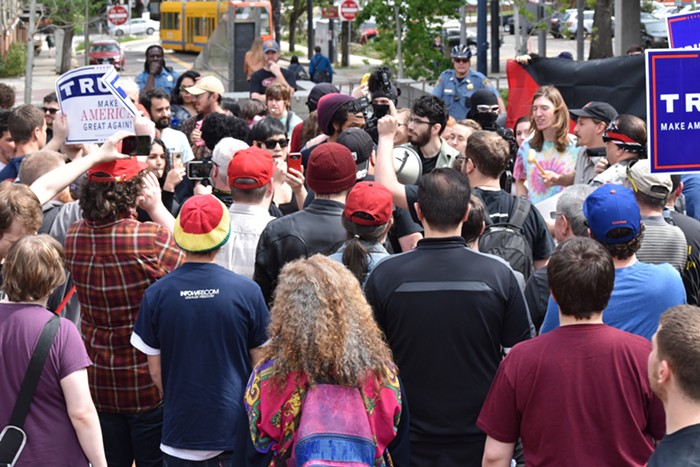 An Infowars guy puts his hand in the face of an anti-Trump guy, who used the siren from his megaphone for most of the rally Doug Brown This ant-Trump protester used his megaphone's siren function for a while... Doug Brown ... much to the annoyance of this Trump fan, who yelled at him to stop Doug Brown
Sponsored