Does Star Trek: Discovery Justify Signing Up for CBS All Access?

Portland Fresh Hops Festival is Back!
Come celebrate fresh hop season! With over 50 fresh hop beers, there’s something for everyone!

In order to watch anything beyond last night's series premiere, Americans have to subscribe to CBS All Access, the network's attempt to create a streaming service that stands alongside services like Netflix, Hulu, HBO Now, ad infinitum. (In other countries, Netflix subscribers will find Discovery already included in their subscription, since Netflix provided a big chunk of Discovery's budget.) Asking people to pony up for CBS All Access is a tall order, given that other streaming services have stuff that people actually want to watch, while CBS All Access has Discovery and... uh, I guess a lot of episodes of The Big Bang Theory? In case you find the skull-splitting experience of existing in 2017 not painful enough and want to make it even worse?

On one hand, it's a bit unfair that Discovery is inextricably linked to All Access. On the other, it makes perfect sense to talk about them together: I can't think of another time when a new TV show has launched and, after less than an hour, asked viewers to pay for a streaming service they probably don't want in order to continue. Last night's first hour of Discovery not only had to not only kick off a whole new Star Trek series, it also had to convince viewers to buy into CBS All Access.

Did it accomplish the former? Uh, kind of! Mostly!

Did it accomplish the latter? Not a chance.

But based on its first hour, Discovery is exactly the kind of show that justifies a "wait and see" attitude: It could easily get better, and it could just as easily get worse. Problem is, in order to "wait and see" with Discovery, you'll have to cough up $6 a month—or $10 if you don't want commercials.

Leading up to the oft-delayed Discovery, much of the conversation focused around the departure of showrunner Bryan Fuller (Hannibal, Pushing Daisies), following both his commitments to American Gods and disagreements with CBS over the direction of Discovery. Fuller's ambitious pitch for Discovery—an allegorical anthology that would span Trek's different eras, pulling in talent like Edgar Wright along the way—was reportedly scrapped by CBS in favor of something decidedly more pedestrian: a darker prequel to the original Star Trek. (If you're thinking we already got one of those, you're right.)

Once you ignore what it could have been, it's easier to determine what Discovery actually is: a thoroughly mixed bag. Sure, there are nits to be picked, the most obvious being that, aesthetically and technologically, everything in Discovery is somehow more advanced than anything in Star Trek: Voyager, despite taking place 115 years prior. But the things that're worrisome about Discovery go deeper than the visuals: There's the fact Discovery is relying on Klingons, yet again, as adversaries. (And yep, these Klingons are just as boring as all the other Klingons.) There's the fact that, aside from leads Michael Burnham (Sonequa Martin-Green) and Saru (Doug Jones), all the characters feel intentionally disposable. (The great Michelle Yeoh is, sadly, more or less squandered.) There's the fact that the first episode kicks off on a weird, inventively designed planet with weird, inventively designed aliens, with Yeoh and Martin-Green doing cool stuff—yet ends with an unearned, too-early twist and a rote standoff that already feels familiar.

But there's stuff Discovery has going for it, too: Both Martin-Green and Jones are great, and while the pilot's twists and turns don't necessarily work, they signify a refreshing willingness to experiment and try new angles on an increasingly worn-out franchise. Tonally, Discovery seems to land between the previous TV series and the more recent movies—there's technobabble and diplomacy (however poorly said diplomacy goes), but there's also a whole lot of money thrown at pretty CGI.

So far, though, Discovery doesn't have the charms of either old-school or new-school Trek: Despite the show's title, the fenced-in time period in which it's set automatically eliminates the sense of the unknown that defines the best Trek, while the blockbuster visuals can't make up for its mostly generic protagonists and villains. If there's a criticism of the new Trek movies, it's that they trade philosophical substance for visual style—but those movies also do a fantastic job with their characters, so even when their plots don't make sense, it's still a pleasure to spend time with the cast. In Discovery, you've got the shiny visuals of the new movies, but none of the character charms; you have the TV series' science nerdery, but its grandeur and strangeness are kneecapped by the fact it's a prequel. (And a pretty low-key one at that: Discovery might have a better crafted pilot than other Treks, but the "Eeek! Klingons!" plot feels pretty underwhelming compared to the weirdness of The Next Generation's "Encounter at Farpoint," the ambition of Deep Space Nine's "Emissary," or even Voyager's goofy "Caretaker.") 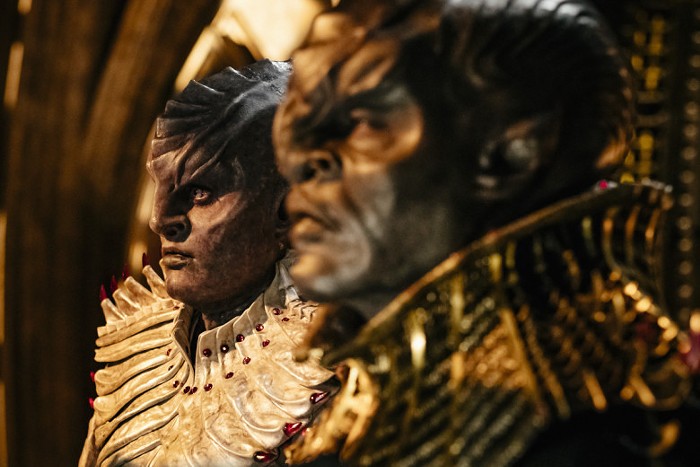 So yeah. It's got pros and cons—and while that might have been good enough for previous Trek pilots, where viewers' only investment was tuning in every week, the investment level in Discovery is about six to 10 bucks higher.

In 2017, if you're asking viewers to pay more for a TV show—and do so month after month, and juggle another subscription, and another password, and another app—it better be great. I'd love for Discovery to become great, and if it finds firmer footing, it seems like it could. In the meantime, I'm going to wait and see. Hopefully Discovery's first season will hit Netflix at some point. I'm already paying for that.

The Most Misguided Musical Adaptation Since Cats, Dear Evan Hansen Is an Utter Disaster