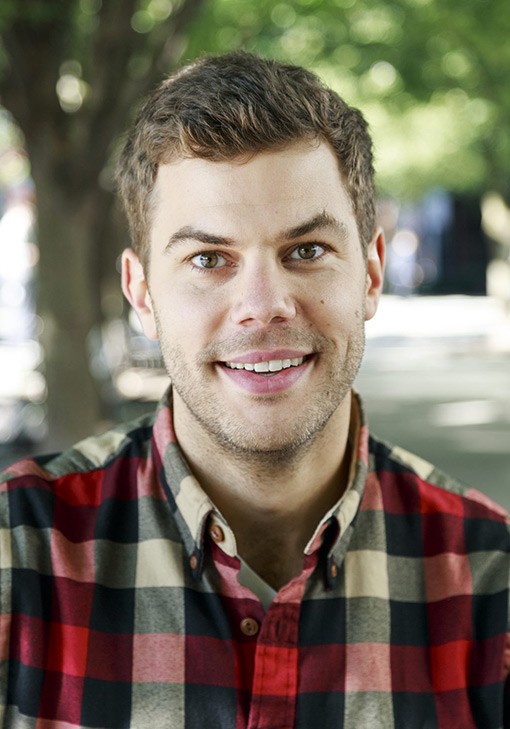 UPDATE: The site was live this morning, but has apparently been taken down since we published.

The former is Raymond's actual campaign site. The latter is a mockup, being used to lampoon the bar owner and former OPB employee. That satire should be apparent via sentences like "I understand the average Portlander. I employ many low-wage workers, I own multiple flannel shirts, and I'm pretty good at carving the slopes (if you know what I mean!!)." But in the age of FAKE NEWS, you can never be too careful.

A first-time candidate, Raymond has been taking heat since announcing in October he'll be running for Commissioner Dan Saltzman's council seat.

His Facebook announcement has 142 comments, many of them disparaging Raymond for choosing to enter a race that currently has three candidates who are women of color: Jo Ann Hardesty, Andrea Valderrama, and Loretta Smith (but NOT officially). The City of Portland has never had a woman of color in an elected position.

Commenters have ridiculed Raymond for being a coach for the Lake Oswego Ski Team, for his inexperience, and more.

The comments have, in turn, spurred others to question why Raymond shouldn't pursue a seat merely because of his competition, and decrying his critics as trying to silence him.

As for Raymond himself, he is bafflingly hard to get ahold of. We asked him to chat via Twitter, and via his personal email address. He in turn sent the Mercury an email saying we had to contact him at his campaign address. We sent that address a question about the site satirizing Raymond's campaign and haven't heard back.

Raymond quit his job at OPB shortly before announcing his candidacy for office. Since 2014, he'd been a newscaster and producer for All Things Considered. Raymond also owns the Civic Taproom and Bottle Shop on SW 19th.

The site includes many of the same critiques that have surfaced on Raymond's Facebook page, including a connection to Lake Oswego and insinuations that he is well off. A "Donate Here" button takes visitors to the web site of the Portland Business Alliance.