#GivingTuesday: Donate to these Mercury-Picked Charities! 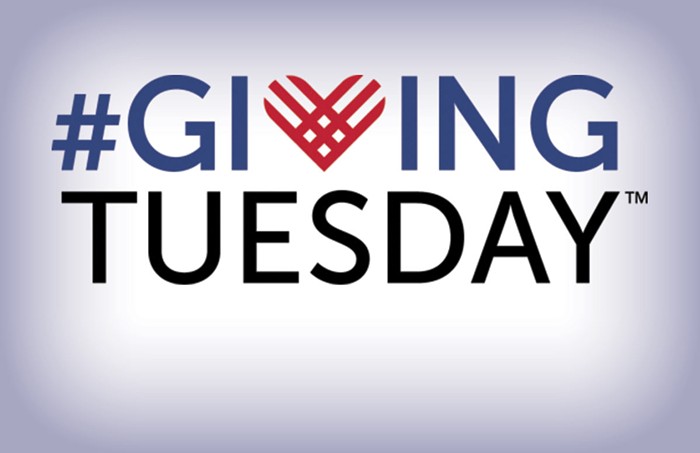 Happy #GivingTuesday to all, and if you're feeling generous today—and now's a good time to think about how good you have it—consider giving to the following charities that were hand-picked by the Mercury staff. (NOTE: None of these charitable organizations paid to be in this guide—because as we know, that's unethical and gross.) And after giving, if you're STILL feeling generous, then you can consider buying us any of the amazing things from our Mercury "Give it to us NOW" Wish List. (But do the charities first.)

Causa: Oregon’s Immigrant Rights Organization
The Trump administration has leveraged xenophobic fear into political power—with immigrants being their primary target. This year alone, immigrant arrests and detainment have gone up 900 percent (!!) in New York, while in Oregon, ICE agents have been stepping up their sweeps, in some cases making illegal arrests, profiling people of color, and resorting to trickery and warrantless searches to carry out the wishes of the racists in power. That’s why it’s super important for us to protect our neighbors, and a great way to do it is by donating to Causa: Oregon’s Immigrant Rights Organization. Their mission is to provide support and advocate for Latino immigrants, develop leaders within the community, and battle back against the inhumane, racist legislation favored by the current administration. Anything you can do to help will help—so please give generously. WM. STEVEN HUMPHREY Causa: Oregon’s Immigrant Rights Organization, causaoregon.com/donate

Cascade AIDS Project
The Cascade AIDS Project is a local non-profit with a mission to “prevent HIV infections, support and empower people living with or affected by HIV, and eliminate HIV-related stigma and health disparities.” They’ve been helping people find housing, medical care, and support services for more than three decades. It’s also the oldest and largest community provider of HIV services in all of Oregon and Southwest Washington! With the Trump administration’s current attacks on healthcare and the LGBTQ+ community, it’s now more important than ever to donate to wonderful organizations like the Cascade AIDS Project. CIARA DOLAN Cascade AIDS Project, cascadeaids.org

Western States Center
What I really want for Christmas is the same thing I wish for every year: respect, equity, and dignity for women and nonbinary people near and far. A big part of that is maintaining access to abortion, because if we can’t control if and when we choose to parent, none of our other freedoms really matter. This holiday season, I would like for you to donate to the Western States Center, which was instrumental in the passage of Oregon’s Reproductive Health Equity Act and integrates advocacy for gender equity with related work for racial and economic justice. Hell yeah! MEGAN BURBANK westernstatescenter.org

Boys & Girls Clubs of Portland Metropolitan Area
Gotta support the kids, man, so drop some of that holiday money at your local Boys and Girls Club chapter. For kids in families that may not be as financially stable as others, the Boys and Girls Club can really make a positive impact. They’ve got programs focusing on schoolwork, developing kids to be successful adults, science and the arts, sports, and just having fun. They do some really good and important work. And besides, it shouldn’t be just the rich kids who get to do all those fun non-school activities that are so important for development. DOUG BROWN bgcportland.org

One Tail at a Time PDX
One Tail at a Time (OTAT) is a no-kill dog shelter that started in Chicago, but began a Portland dog-rescue team in 2014. I think you should give them your money (or time), and I am probably biased. Earlier this year after reading up on the non-profit I began fostering/volunteering for them. That first foster was a fail and I am now the proud parent of a sweet pup named Dobbi. Now that I have a dog that needs special attention and training I unfortunately don’t have time to foster any other dogs, and that breaks my heart. With all the natural disasters in the US, Mexico, and Puerto Rico, the number of displaced animals in need is high. And shelters can only take as many dogs as they have supplies and committed support for. Donations go toward getting food and supplies, treatment for kennel cough and parasites, vaccinations, and other essentials these orphan animals need to have a healthy and happy life. And if you’re looking to get a dog or puppy this holiday season, I urge you to adopt (from OTAT!) and NOT shop. JENNI MOORE otatpdx.org/donate

Outside/In
Truth: Don’t buy me anything. The best gift you could give me (and many others far more deserving) would be supporting the tremendous people and work of Outside/In. Since 1968, they’ve been literally saving the lives of unhoused youth between 17 and 24, getting them job training, housing, education, access to services including medical, mental health, and addiction treatment, and paid apprenticeships. As many homeless youth are LGBTQ who were kicked out for being their own beautiful selves, you’re saying “I see you” in a tangible, meaningful way. Give them your money, time, or offer your business up for job training or apprenticeship, even unpaid. Their programs and staff are so innovative and effective as to be a national model. JOSH JARDINE outsidein.org

Meow Village
Since the election, I’ve already set up monthly auto-withdrawals for the ACLU and Planned Parenthood, along with other social justice causes. At heart though, I’m a crazy cat lady. So please consider a small treat for Meow Village, an all-volunteer organization that works to capture, spay, and neuter feral cats and find them barn homes. PLUS they socialize and adopt out kittens and strays. They care SO MUCH about the kittehs—I adopted my orange tubcat Gus from them in 2013. They have an Amazon wish list for needs, and I send my Amazon Smile purchases their way. If I could move to Meow Village, I would. ANDREA DAMEWOOD meowvillage.org

Oregon Natural Desert Association
Oregon’s a big, beautiful state, and the Oregon Natural Desert Association (ONDA) wants to keep it that way. This Bend-based nonprofit works to protect and restore the high desert of Oregon, a unique ecosystem that’s a huge component in making this state special. If you’ve ever spent time on the other side of the Cascades, you already know the value of the region, and ONDA has an excellent track record, having played a crucial role in designating three desert wilderness areas. Every day our state gets more crowded, and that’s a good thing for many reasons—but ONDA’s valuable work makes sure that the vital wilderness that makes this part of the world so incredible will be here for generations to come. NED LANNAMAN onda.org

Born Again Pit Bull Rescue
Okay. I know. I used to be like plenty of other people: I thought pit bulls were dangerous and unpredictable. I thought it was irresponsible—and should be illegal—to own one. And I wasn’t particularly bothered by the fact pit bulls regularly land at the top of shelters’ lists for intake and euthanasia. Of course, that was before I actually knew any. Pit bulls, it turns out, can be some of the goofiest, cuddliest, most loyal dogs in the world—yet despite their status as beloved family dogs for much of the 20th century, harmful myths about them persist. (No, pit bulls’ jaws don’t “lock,” and no, pit bulls aren’t inherently more aggressive towards people than other dogs.) Thankfully, Born Again Pit Bull Rescue helps these misunderstood dogs—providing food and spay-and-neuter services for pit bulls in low-income families, and pairing with local shelters to find homes for dogs that would otherwise be out of luck. And since they know meeting a pit bull is the best way to undo decades of prejudice, BAPBR holds events like Pints for Pits—where, while drinking a beer or two at a bar, people can meet, scratch, pet, and fall in love with sweet, friendly “ambassador pitties.” One tail wag at a time, pit bulls like these make the world a better place—and BAPBR makes the world a better place for them. ERIK HENRIKSEN Born Again Pit Bull Rescue, bapbr.org