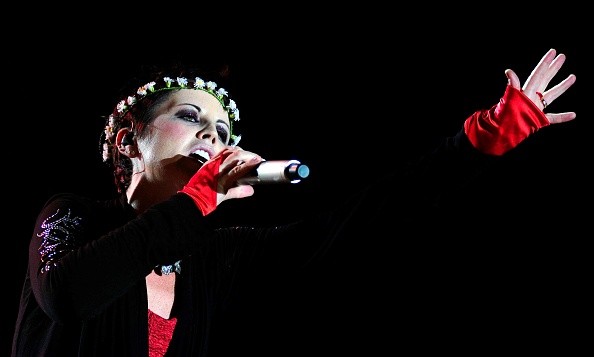 The sad news that Dolores O’Riordan—the Irish songwriter best known for being the frontwoman for The Cranberries)—has passed away today is making its way through the internet. Reports detail that she was found unresponsive a London hotel this morning, but no cause of death has been revealed as yet.

The first thing comes to mind for most people mourning the sudden death of the 46-year-old singer from Limerick is probably her one-of-a-kind voice: powerful and solid, yet with delicate, fragile harmonies; ethereal, yet grounded and earthy.

Here are five songs from The Cranberries that will bring you back (and make you feel a little weepy) now that this epic voice has left the planet.

O’Riordan told the Guardian last year that she wrote this song from their 1993 breakthrough album, Everybody Else Is Doing It, So Why Can’t We?, “about being rejected,” and she “never imagined that that it would become a big song.” Nevertheless, “Linger” lingered on, and stayed on Billboard’s Hot 100 for 24 weeks.

Another sleeper hit, this uplifting, harmony-rich song was the band’s debut single in 1992, but didn’t really start taking off until a couple of years later. It’s possibly one of the best songs of the early '90s to drive to with the windows rolled down on the first day of spring while contemplating the divine feminine in all things (also looking at you, Natalie Merchant).

After the glow of '90s super stardom faded, and just a few years before their breakup, the Cranberries released their forth album, Bury the Hatchet, in an attempt to pivot from grunge-folk pop to rock. It wasn’t as successful as the band had hoped—but “Promises,” a song O’Riordan wrote about divorce, still packs a punch while staying true to the Cranberries’ signature sound.

From their 1994 album No Need to Argue, “Zombie” is right up there with “Sunday Bloody Sunday” as one of the most important political songs about the ‘Irish Troubles’ ever written. The song was a response to the IRA bombing in 1993 that left two children dead. “Zombie” is where O’Riordan confidently stretches her elastic voice the most: I tried to wail out the whole chorus of this song in one breath at karaoke one time, and it almost broke me.

The surreal and strange video for this dreamy, melancholy, doo-wop-inflected tune was directed by Karen Bellone (Death by Unnatural Causes). "And I miss you, when you're gone," sings O’Riordan sweetly. And we sure will.