With a Vote Looming Next Week, KMHD's Future Looks Bleak

The future of KMHD, Oregon’s only all-jazz radio station, is as murky as ever. But some effort to provide clarity about the situation to the Mount Hood Community College (MHCC) Board of Education and a gaggle of interested folk, including several DJs from the station and the CEO of Oregon Public Broadcasting (OPB), was made last night during a special work session held at the school’s Gresham campus.

If you haven’t been following the story, here’s the short version: In 2009, MHCC, facing budget shortfalls, allowed OPB to take over day-to-day operations of KMHD. In that time, the jazz station was turned into a successful, professional operation, doubling listenership and earning accolades along the way. With the 10-year contract about to expire, in January the MHCC Board voted to bring the station back under their control and return it to Gresham. Uproar amongst local jazz lovers ensued, along with plenty of debate as to how the switchback would work.

With their vote to determine next steps taking place next week, the board wisely asked for some guidance. An ad hoc committee was quickly put together, which included the school’s marketing and communications director, the head of MHCC’s jazz program, and KMHD’s maintenance engineer, to answer key questions about the cost and logistics of bringing the station back. The meeting last night was held to hear the committee’s findings and for the board to dig a little deeper into the details.

Almost none of the information relayed to the board sounded positive. To be ready to take over KMHD in a bare bones capacity by this coming August, the school would need to come up with nearly $170,000 to cover equipment costs and to pay for an engineer. To get it back up to the level of broadcasting that it provides now would cost just over $540,000. That includes salaries for paid DJs and a program director, as well as a chunk of money for a development director to help with fundraising and underwriting. Currently, MHCC is paying a little over $15,000 to help maintain their FCC license in the current agreement with OPB.

All of those estimates are perfectly reasonable. The trouble is that the school isn’t ready to take such a sizeable financial hit this year. At the start of the work session, the school’s finance director spoke with the board about the need to raise tuition costs by $8 per credit hour to help offset declining enrollment numbers. And as the committee’s presentation went on, MHCC’s marketing and communications director Lauren Griswold struck a foreboding note, reminding the board that to make this happen without taking money from their general fund, other programs and services the college provides would suffer as a result.

Somehow, none of that seemed to faze the board. One member, Tamie Arnold, took pains to remind everyone that every decision the school makes, be it opening a pool or setting up a new program, comes with a measure of risk. The chief concern of another was that fundraising for the station didn’t interfere with their work raising money for the Mt. Hood Community College Foundation.

Even more troubling were hints that KMHD could lose its all-jazz programming in its return to the college. The committee cited a poll conducted on campus which found that less than 3% of their current students listened to jazz and that, according to their presentation, the college “would need to identify the audience we are trying to target and if the current format meets those needs.” Board Vice Chair James Zordich even wondered aloud about the necessity of having a jazz station, when, according to recent Nielsen numbers, KMHD only pulls in a market share of 1.2% versus All Classical’s 4.4%.

“What most people don’t realize is that that’s a really high market share for a jazz station,” Matt Fleeger, KMHD’s program director, said after the meeting. “For example, WBGO in New York has a .4 share and that’s the marquee jazz station in New York. We actually do pretty well. Most jazz stations don’t pull over a 1 share so the fact that we’re over that is... decent.”

Since it was a work meeting, there was no public comment from listeners, nor did any of the KMHD and OPB crowd cause any kind of commotion. But several board members pointed out that they’ve been receiving a flood of emails and messages from listeners, begging them to reconsider. Though they seemed impressed by the outcry, it hasn’t changed their mind.

"I don’t think it’s possible right now but at some point, it should come back to the college,” board member (and jazz artist) Kenney Polson told the Mercury last night. “Let me put it this way: If I loan you a car, and you take it and dress it up and put rims on it. You tint the windows. Before I loan it to you, I say, ‘I’m gonna need it back at some point.’ Eventually, I’m gonna come back for my car. It’s still my car. I need to get to work or whatever I need to do. It’s nobody’s business if I have gas money for it or if I can afford to fix it. If I need my car, I need my car.”

After Months of Uncertainty, KMHD Will Remain at OPB

The Uncertain Future of KMHD and Jazz Radio in Portland 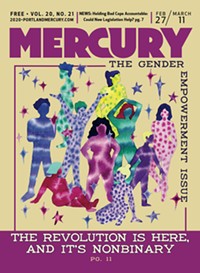