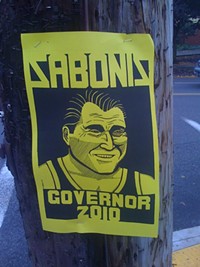 1
Real Portland men don't even go downtown or inner PDX. Those areas are so chock full of hipster types as described above, it drives away people with authentic lifestyles.
Mizzzzzzz on July 23, 2009 at 9:34 AM Report this
2
Portland hipsters are douchebags?! Wow, that *is* news.
a.O on July 23, 2009 at 10:52 AM Report this
3
Well, I anonymous, YOU were the one that went out on a date with Mr. "dumbass". Did you think because he was wearing designer jeans, he was a rocket scientist? You were honestly surprised he was a little lacking in the charisma & substance department after picking him out solely on appearances alone? The only two defining characteristics we can pick up from reading your rant are your poor judgement, and your pride in material achievement.
Here's a word of advice: Don't select potential mates according to their flawless outward appearance. They're most likely hiding a less than stellar personality.
Don't blame the guys in portland for being superficial, condescending hipsters, when all they are doing is appealing to their female counterparts....
CK on July 23, 2009 at 12:06 PM Report this

Well, obviously YOU do or you wouldn't be bitching about him. Right, anon?

When I was single, I had no problem meeting and dating quality men in Portland....if you simply cannot find a decent man (or keep one apparently since you're a single mom) then perhaps the issue lies with you and the quality of "product" you put out there for others.

Sounds to me like there is definitely a reason you are single. 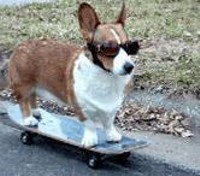 13
Personally, I find this kind of scenario fascinating. People's misguided expectations regarding members of the opposite sex never cease to interest me.

In that sense, something that CK mentioned has a ring of truth to it, I think - "Don't blame the guys in portland for being superficial, condescending hipsters, when all they are doing is appealing to their female counterparts."

I don't think it's much of a stretch to say that many women are generally more concerned with and interested in fashion than men. This is not by any estimation a sexist statement, nor should it be construed as a categorical one intended to include all women. Popular sentiment, while often wrong, can sometimes represent a core truth, and one need not delve far into popular sentiment to find many women bemoaning many men's lack of fashion sense.

In that same vein, and again appealing to popular notions of gender stratification, it's not much of a stretch (or sexist) to say that many men are generally unconcerned with fashion. Again, one need not delve too deeply to find ample examples of this phenomenon, either.

So, whence the concern for fashion in that curious animal we call the "Portland male" then? Well, perhaps it's also not much of a stretch to assume that this poor creature of whom we speak has adopted his fashionable habits under a mild sort of social (and sexual) duress - his desire to sleep with the attractive, fashionably dressed women of Portland has met with little success and much frustration... until, that is, he realizes that by simple accretion of the fashionable habits of said women, he exponentially increases his chances of getting into their pants.

In other words, he either learns, or has a platonic female friend or ex-girlfriend help to learn, fashionableness, and he uses it for what he believes it to be intended for - attracting women, in order that he may sleep with them. His fashionable clothes function much like the plumage of many species of birds; species in which the female is the "decider" - the one who chooses the most colorful and attractive male for her mate.

While I don't think that any of that is terribly far-fetched (or necessarily correct), an explanation like that does, however, beg the question as to whether these men are capable of channeling their energies into both the effort necessary to be fashionable and attractive, as well as to the cultivation of their intellect and character.

I'll leave the exploration of that conundrum to someone else, though. After all, I'm just a man.
noble_savage on July 24, 2009 at 9:26 PM Report this
14
You have kids and are dating bad boys? You still haven't got that out of your system? Go find the single dads or you are going to be constantly disappointed.
Demondog on July 27, 2009 at 10:12 AM Report this
15
I, too had a difficult time meeting "quality men" in Portland.

Granted, I may be so fucked up that I didn't recognize how I was a disgusting, annoying banshee on dates (don't think so). However, I had SO many bad dates that I just gave up dating in Portland, period.

The smelly, the unbelievably dull, the (secretly - ha) married, the almost-broken-up-with-the-girlfriend-oh-didn't-I-tell-you?s, the guy WAY senior to me whose ex emailed his exploits to his DOZENS of internet hookups (thankfully, not me), including his didn't-I-tell-you? serious girlfriend, the cheap (oh, I guess I'm paying for the WHOLE date - thanks!), the egotistical 20-something shop boys - UGH.

Then I cast a wider net, fell in love, and got married! Gotta love the world outside of PDX hipness.

Skippy on September 18, 2009 at 1:55 PM Report this
16
Oh my god, when will the internet finally get around to making it possible to punch someone through your monitor? Arghhh, these whiny fucktard anons seriously piss me off to no extent.
HipstersAreLame on November 6, 2009 at 11:18 AM Report this

Boom cars, loud pipes — No one likes you!

American Supermarket Has No Pulled Pork

A Real Exchange with a Street Preacher

The Banana and The Beard