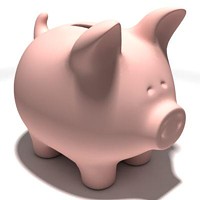 3
What boyfriend takes head but won't spend some time in the marsh?! DTMFA!
Bronch O'Humphrey on June 25, 2010 at 11:03 AM · Report this
4
I'm totally explaining my transdude genitals as an "Ikea cock" from now on. You may get flak from trans communities sometimes, Dan, but you'll always be number one in my heart (and in my Ikea cock.)
rustycakes on June 25, 2010 at 1:01 PM · Report this 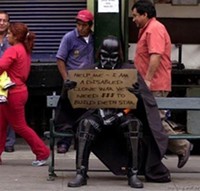 5
Talk about leveling the playing field! I like the term pussy, yeah its cutesy but so is pussy!
Kerry on June 25, 2010 at 5:07 PM · Report this
6
"Think of his pussy as a cock that's still in the box it came in. It's like a cock you got at Ikea—there's some assembly required, SFTSLAFI, but you can assemble it only in your imagination."

This is fundamentally crap advice. Why? Because if it were possible then the Christians who want to convert the "gays" just have to convince them that sex with women is the same as sex with men if they just think about it that way.

People who want to have relationships with people of the same gender generally expect those parts to show up. Would you try to convince a woman who thought she was dating a woman and found it was a MTF with a penis that she should just try thinking of the penis as a vagina? There is a physical difference and it is not just by "thinking" it different that it will change.

Your advice on being up front and honest about what someone has to offer is sound. However it does not make a gay man an "asshole" if they are not interested in a vagina even if the rest of the person has been surgically and chemically reconstructed to look like a man.

Lots of people have sex for selfish reasons. The friend who is FTM would do better to move on and find someone who wants everything that they are instead of trying to "condition" a person who likes the blow jobs but is not into the vagina.

Do you want people to believe that they can "condition" someone into liking genitals they are not interested in? Not only is that an unattractive trait in "gays" towards "straights" but it is deeply offensive when "straights" apply that idea to "gays".

Why should it be something allowable to transgendered people? They spun the wheel, they takes their chances. Honesty is the best policy. Unfortunately that is not always going to get someone in the sack but it may give both parties a good basis for starting off good, giving and game in the bedroom instead of having to play unexpected mind games. 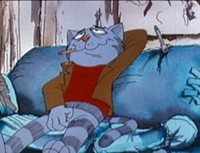 I have a gay friend who gets messaged on Adam for Adam all the time by these types. But being gay he doesn't find them attractive.

Why don't FTM's who identify as gay just be plain ole' heterosexual F's? All you have to do is not wear make-up n' stuff. Whatever floats your boat I 'spose, but it doesn't mean I can't think you're retarded. I always called them "tomboys", but what do I know I'm a white, male, heterosexual product of a patriarchal society. (and I thank the Phallic Gods [cool ones like Odin and MARS] for that)