The 16 Best Ways to Make a Difference in Portland this Week: September 12-25

Fri Sept 13: I Wanna Be a Drag When I Grow Up: A Drag Fundraiser for Marrow (Marrow in photo) Molly MacAlpine
Tweet

I Wanna Be a Drag When I Grow Up: A Drag Fundraiser for Marrow
Catch a very special night of drag performances hosted by The Eggboy and Prince Lavender—two of the many talented youth who are active at Marrow PDX, a youth-centered community space in St. Johns. Entry gets you one raffle ticket, and all money raised benefits Marrow’s radical programming for people ages 10-24. This event is 21+. The Fixin’ To, 8218 N Lombard, 9 pm, $10

Ecology Trivia
Test your nature knowledge at this trivia fundraiser benefitting Wild Diversity, which works to provide access to the outdoors for POC and LGBTQ+ folks of all ages, and the Lower Columbia Estuary Partnership, which seeks to protect the Columbia River. Categories are wild places, wild creatures, and wild people! Vegan, omnivore, and gluten free pizza available for purchase. Lagunitas Community Room, 237 NE Broadway, 6 pm, $10-100

Antoanet’s Surgery Support Party
Vegan food blogger and chef Ant Aburto is throwing a party with a purpose (and a healthy dose of dark humor). As they prepare to undergo a hysterectomy, they’re inviting people to play games like “Pin the Eviction Notice On the Humpy” and drinks like “[I want to] Punch [my uterus in the face].” Studio E by VMAC, 1901 SE Grand, 9 pm, FREE

Gotxs: Antojos Sureños
Bilingual press Letra Chueca will present a transcontinental exhibit pairing graphic art from nine South American artists with some of those artists’ favorite dishes, to complement each piece in a show they say is meant for you to experience with “both eyes and mouth.” ADA accessible. Milepost 5, 8155 NE Oregon, 6 pm, FREE

Climate Legislation: Where Do We Go from Here?
Join Shilpa Joshi (Renew Oregon), Milwaukie Mayor Mark Gamba, and Dylan Kruse (Sustainable Northwest) for a panel discussion examining climate legislation and how to get bills passed both in Oregon and nationwide. Food and drinks available for purchase. Chapel Theatre, 4107 SE Harrison, Milwaukie, 6 pm, FREE

Street Books Celebration & Fundraiser
Street Books takes access to information one step further by bringing literature directly to people living on the streets via their mobile bicycle library. Show up to commemorate their ninth year and support their continued existence for our community. Lagunitas Community Room, 237 NE Broadway, 6 pm, $30

Global Climate Strike
Youth activists are calling on adults to show up and march alongside them in a rally calling for the cessation of fossil fuels in Oregon. Following the demonstration at City Hall, march together to the Eastbank Esplanade near OMSI for a Climate Strike Festival centered on civic action, trainings, and entertainment. This local strike is one of many global actions occurring from September 20-27. Portland City Hall, 1221 SW 4th, 10:30 am, FREE

Bucks for a Truck: A Benefit Concert for Friends of Noise
Friends of Noise supports youth by offering opportunities to gain knowledge about the local music industry. Check out youth performers and artists, with sound engineering by emerging youth technicians. Funds go toward buying a box truck to transport the nonprofit’s audio equipment. Disjecta, 8371 N Interstate, 6 pm, $5-10 suggested donation

Depressed Cake Shop Pop-Up
The Portland chapter of Depressed Cake Shop hosts several pop-ups every year to raise awareness of mental health with baked goods. All treats are donated by local bakers and colored black and gray on the outside (and sometimes colorful on the inside) as a representation of mental health issues. The Portland pop-up benefit Baby Blues Connection, which serves mothers and families navigating perinatal mood disorders. Opal 28, 510 NE 28th, 1 pm, FREE

Submit your events to calendar@portlandmercury.com 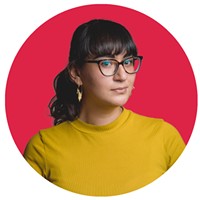 Book Excerpt: "(When You Gonna) Give It Up To Me" from Funeral for Flaca: Essays

"When you’re the hairy shell of a coconut in a sea of tender and sweet white meat, it’s impossible not to feel like you’ve already fucked up a little bit."

Wm. Steven Humphrey’s Adventures in Newspapering: Don’t Get Weird About It!