The 61-year-old suspect in this morning's shooting of two Portland police officers, Ralph Turner, has now been booked on five counts of attempted murder. He is scheduled to be arraigned tomorrow. 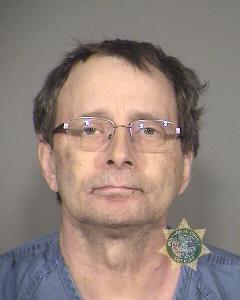 Police were called to Turner's home on a report he was threatening suicide. Turner shot through his door at one pair of officers, police said, injuring one. Another officer responding to the gunfire was then shot in the stomach. Multiple officers shot "suppression fire" toward Turner's house but just more than an hour after the first call, a hostage negotiator managed to talk Turner out of his house. He emerged unhurt and unarmed.

A police spokesman tonight said in a release that the officer who was shot in the lower abdomen was "expected to make a full recovery." The officers' names won't be released until at least tomorrow morning, Sergeant Pete Simpson said.

The mayor's office released a statement this afternoon praising the police force's actions, essentially what the mayor said to reporters near the shooting scene earlier today.

"I want to underscore, based on what we know, the great police work that's been done today," Mayor Sam Adams said. "There was an amazing amount of heroism, with other officers providing cover fire to be able to rescue our wounded officer and get him to safety. And there was great work done to quickly evacuate residents in the area. The police responded to this unexpectedly violent incident with restraint, and were smart. I am very proud of their work.

"I also visited the hospital this morning, and had an opportunity to talk to the wounded officer's family. I know all Portlanders join me in wishing him and the other officer a speedy recovery. All of our thoughts and prayers are with his family."

Comments 11
Tags: Cops Blogs
If you enjoy articles like this, please help the Mercury continue our mission of providing up-to-the-minute information, progressive journalism, and fun things to do in Portland by making a small recurring monthly contribution. Never forget: Your help is essential and very much appreciated!
CONTRIBUTE NOW