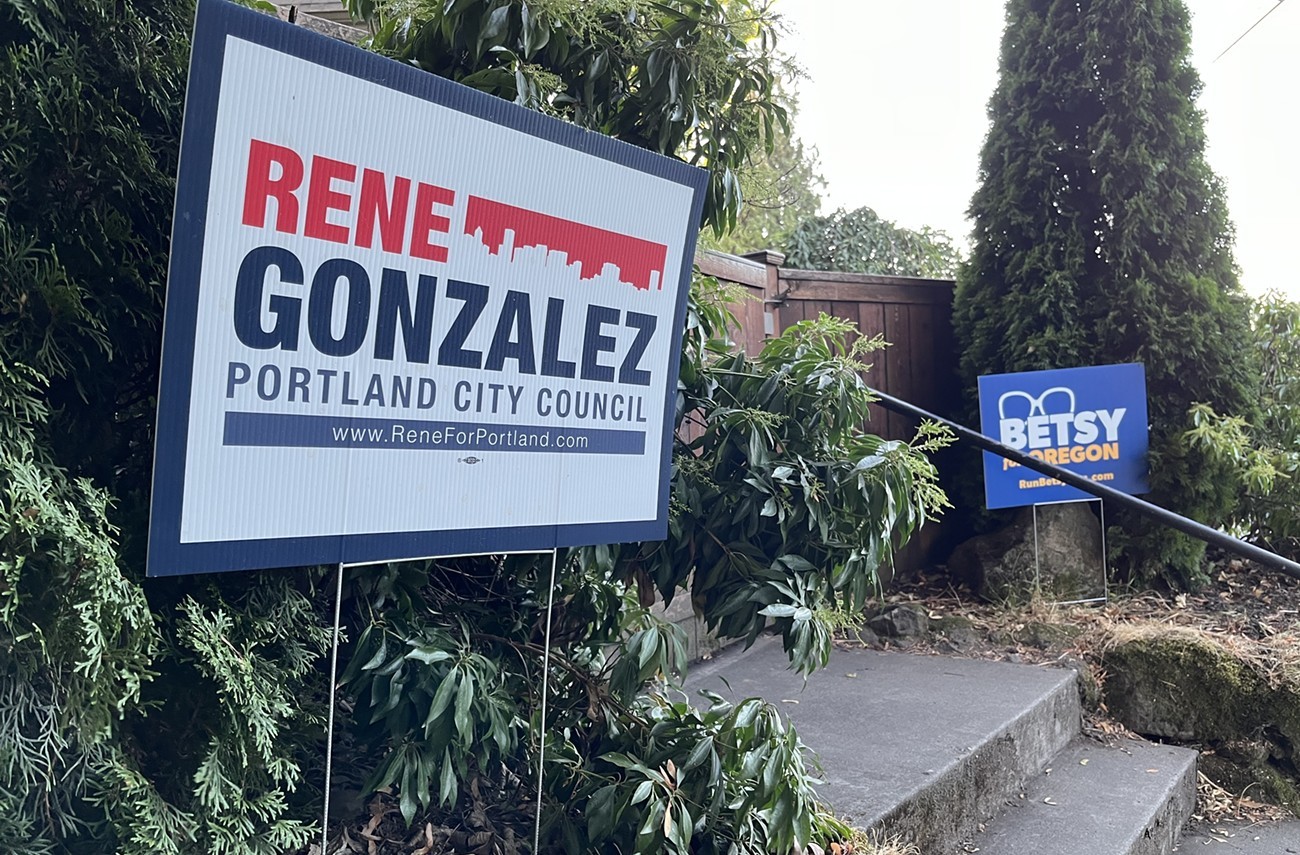 While Gonzalez urged the city to reconsider its $77,140 fine levied against his campaign earlier this week, Small Donor Elections Director Susan Mottet informed the campaign Thursday that the fine still stands.

"The [Small Donor Elections] program has determined that the initial penalty imposed is justified," wrote Mottet in a letter sent to the campaign Thursday.

Gonzalez had previously argued that accepting a $250 monthly rate for an office rental in downtown Portland that normally goes for a monthly rate of $6,900 was not an in-kind contribution from property owner Jordan Schnitzer. According to Gonzalez, that's because vacancy rates are so high in downtown Portland that the rental would have gone unrented if his campaign hadn't occupied the space, essentially making the space worth $0.

Here's how Mottet responded to that claim:

"This is the city putting its finger on the scales in our election," said Gonzalez campaign manager Shah Smith Tuesday.

The campaign argued that the announcement of the penalty resulted in negative media coverage of Gonzalez's candidacy. Mottet placed that blame squarely on Gonzalez.

"The [Small Donor Elections] program did not proactively reach out to press to alert them of the penalty," she writes. "The widespread press coverage appears largely to be the result of the Rene for Portland campaign sending a press statement out to a broad range of print and TV news outlets."

Mottet also threw out the campaign's complaints that the Multnomah County District Attorney's office pays $0 in monthly rent to lease their office in a county-owned building.

The proposed penalty against Gonzalez is $43,890 paid to the city and $33,250 paid to Schnitzer to return the “in-kind contribution.” Mottet did not suggest lessening either of those fines.

Gonzalez's campaign has previously said they plan on appealing the city's penalty in court. Gonzalez has until October 6 to file the appeal. If the campaign chooses to instead pay the fine, they have until October 13 to do so.

The Gonzalez campaign did not respond to the Mercury's request for comment on this decision. Cut Through the Crap and Vote Lickety-Split with the Mercury's Election CHEAT SHEET!