Flipper has only released four studio records since they formed in 1979, but the San Francisco band’s importance is freakishly enduring. Bands like Nirvana, R.E.M., and the Melvins have all cited Flipper as an influence (as well as the loads of bands who don’t even realize they were influenced by Flipper). Original members Ted Falconi and Steve DePace know their importance as well, embarking on a 40th anniversary tour with the Jesus Lizard’s David Yow on vox. While punk rock at the time was set to hyper-speed, Flipper always went with a more mid-tempo, rib-rattling approach. And if “Sex Bomb” doesn’t kick you in the loins, you ain’t livin’.

The Beat Goes On 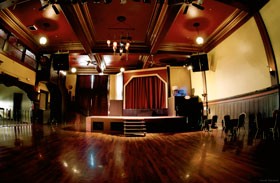