The Wolfman Huffs and Puffs and Blows

1
Stop being so fucking judgemental. It might not be the greatest film ever, but it looks like a well-made interesting film. And god dammit, it looks FUN. So shut up.
colleen_monster on February 10, 2010 at 10:50 PM · Report this
2
Wait, you're defending a movie you have yet to see? The author saw the movie, thought it sucked, and said so. And you want her to "shut up" and not be "so fucking judgemental" because you liked the trailer? I...just...no words...so stupid...
rafer alston on February 11, 2010 at 9:18 AM · Report this
3
Yeah like i say before, noone on the Merc's editorial staff is of authority to even comment on Horror! I'm sure went the THE CRAZIES [re-make] comes out later this month, that will recieve a lame, flippant
review" as well.
DamosA on February 11, 2010 at 5:48 PM · Report this
4
That's because it will probably be a lousy film.

And if by horror authority, you mean the type of people at Bloody-disgusting and co., that shoot their load over anything with enough heaping doses of gore, mindless nihilism and dehumanization - not to mention bonus points for misogyny (look at the hoopla over "The Human Centipede) - then thank god.

Merc's film dept. may be lacking (although in its defense, Portland's film scene is lacking) but in this regards, no. Your not asking for a horror authority. You're asking for a horror apologist to give a pass to any lunkheaded film, as long as its in the genre. The fact is, the amount of good horror films is, like the amount of good films, relatively small, and for the most part, Mercury's fair with those that get distributed.

It's directed by Joe Johnston for crissakes! Whaddaya expectin'!?
PeretDesnos on February 13, 2010 at 2:29 AM · Report this
5
I own the original Wolf Man film (it came w/a monster pack of Universal's included w/Van Helsing), and it was never a great film. It was probably kinda' fun back in those days. I am sure this one is better (it can't be worse). I am gonna go spend money on it today, just for the fun factor, and because I like horror films. Why does every "movie critic" ala film snob at the Mercury, only root for indy dramas? Geez, this movie even has Blunt and Del Toro (who used to receive rave reviews for everything they did from this publication). Oh, yeah, it gets a bad review because they are in a large budget film, and Portland hates to see artists get paid. Jerks.
on February 13, 2010 at 10:34 AM · Report this
6
"And if by horror authority, you mean the type of people at Bloody-disgusting and co., that shoot their load over anything with enough heaping doses of gore, mindless nihilism and dehumanization - not to mention bonus points for misogyny..."

Horror films are HORRIFYING when they touch the nerve on a fear or terror that's genuinely human, not when they're dehumanizing in their sordidness and stupid in their aloofness to the material they're using. Martin Scorsese once described Cronenberg's films as "internal metaphors, external horrors", and that's a pretty good description of good horror films. All horror films are about the fear of the repressed - the terrors that are repressed in society and in ourselves. A smart horror film knows it, and knows how to use it.

If "Saw" and "Hostel" are real horror films, then god help the genre. Both try to hide behind messages about the "value of human life", but both films hold human life more cheaply than any of the baddies doing the killing within the film. They're exploitative, plain and simple.

And since when are Horror films "teahing tools" to learn from? By it's very nature, HORROR is exploitive! Horror films are SUPPOSE to indulge in nihilism & violence. And i personally hope they keep raising bar. I feel that the SAW, HOSTEL, & various other 'realist/torture' films are simply being honest about it. And let's face it, just how effective do YOU think HELLRAISER would've been had it but afew drops of blood - deemed "safe" by MPAA?
DamosA on February 14, 2010 at 12:38 PM · Report this 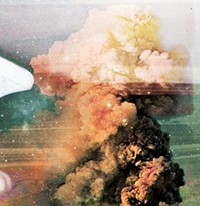 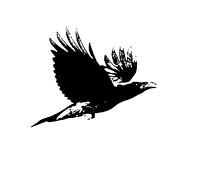 12
bummed on this review mostly because i really enjoyed the simpleness of this movie. so many movies have too much going on (characters, plot twists, etc.) IMO


My purpose manifests, I am void of delusion
I am born into this wolven form in seek of human flesh...