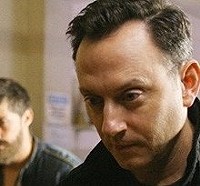 1
I know I should go check it out, but the new menu really doesn't intrigue me.

Though I will say I tried the rice fritters pre-vegetarian small plates menu and did enjoy them. Didn't strike me as needing a dip.
jd on November 7, 2008 at 11:53 AM · Report this
2
"Like taking a bath with grandma" - ha!

I was visiting Nutshell weekly before the change. This lackluster new egg happy menu ensures that I won't be going back. I don't understand why they think they can just throw cheese at all their problems.
Eeser on November 9, 2008 at 9:46 AM · Report this
3
Dead on review. The last time I went was about a month ago, and we had to suffer through the small plate menu, a number of 86'd beers, and deep cave lighting.

Nutshell has since closed, it seems. The Jamaican BBQ plate already seemed to have disappeared from the menu, so the place was a shell of its former self anyway -- who cares if the pun is intended.
mellowestbro on November 16, 2008 at 6:56 PM · Report this
4
I think this review is pretty harsh.
The rice fritters were amazing! Wouldn't change a thing.
Nothing wrong with the salad either.
My most difficult challenge there was deciding what to get. Everything I've ordered there was delicious. I'm sure there could've been several items I wouldn't have liked. But that goes for all restaurants.
Such a shame they're not around anymore. Who else in town does what they did? Especially the older menu, though I'm not all that disappointed with the new menu. Proper Eats comes close at times in some ways, but not so much with fine dining.
And the price of Nutshell was well worth it. I've spent as much at many other recommended restaurants and been very disappointed.
I can see how they could have improved if given some more time, but they've only been around for just over one very tough-going year. I'm disappointed in myself for not being aware of their situation and making an effort to try to save the place. Hopefully, a new Nutshell will open. I will definitely not take it for granted next time.
j-nut on November 21, 2008 at 9:02 AM · Report this