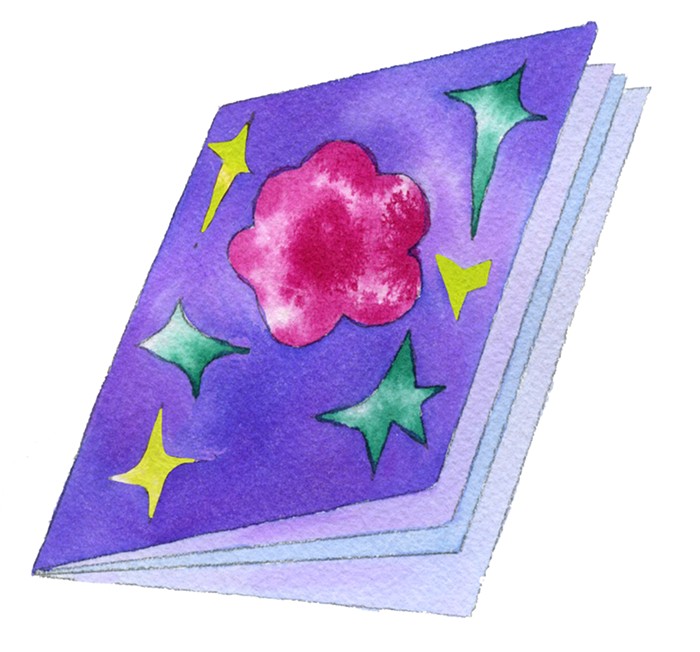 Sit Down and Listen: Four Podcasts About Gender

Boys to Men: Stopping Male Toxicity Before It Blooms

She Bop’s Experts Talk Gender, Sexuality, and Being a Sex Shop for Every Body

How to Be a Better Ally

POW Film Festival’s Managing Director Nora Colie calls The Directors a zine, but it sits in the hand like a book. The elegant volume is functionally a directory of 92 Portland-based women and nonbinary directors—both a celebration of their works and an answer to anyone who would claim any inability in finding a woman or nonbinary director for hire.

Gender equity is a consistent failure of the film industry—this year’s Academy Award nominees for “best director” being merely one egregious example. And that’s why Tara Johnson-Medinger founded POW 13 years ago. The past 12 have seen POW hosting weekend festivals and special screenings of work by women and nonbinary directors, but Colie, who took over POW from Johnson-Medinger two years ago, wanted to make something more tangible to bring attention to Portland’s wealth of creatives.

With the help of Desert Island Studios, who connected her with Emma Browne—the photographer whose incredible portraits accompany every profile—Colie assembled, as the book puts it, a “zine team.” They compiled lists of artists and professionals with the help of similarly-missioned local organizations like Couch Film Collective and larger operations such as Film Fatales and Women in Film.

The book is an art object in its own right. The cover features a Greek pottery-inspired cover illustration of a figure, in a flaming Centurion helmet, tattooed with the Latin phrase vires acquirit eundo, or “we gather strength as we go.” Printed on red-dusted paper, the photos show the directors posed in front of backdrops POW salvaged from Madison High School’s renovation purge. The profiles address each artists’ work, pose questions on inspiration, and list sites and social media accounts where their work can be followed.

Though it was released in June 2019, The Directors came across my desk with very little fanfare near the end of December. I thumbed through it casually. But since the zine lists its catalog alphabetically by first name, the first entry was an artist with whom I was already familiar, and who continues to impress: Alberta Poon. I wrote about Poon’s comedy web series Scorpiono in 2017, and I’m excited for her upcoming collaboration with Katie Nguyen, Crouching Comic.

After that, I started adding sticky notes featuring people whose work I like, and the book quickly became a plume of neon paper: Christian D. Henry, who produced the 2018 dystopian short film We Have Our Ways; Dawn Smallman, of the Portland EcoFilm Festival; documentary filmmaker Julie Perini; video artist ariella tai. It’s a good list. And that only made me more intrigued to read the profiles of directors I was still unfamiliar with.

Even as The Directors went to the printers, Colie said she and her team found more artists they wanted to include—for instance, not having Vanessa Renwick in this catalog is shocking. That was one of the reasons they placed a small “2019” on the spine. Colie is still deciding whether The Directors should be a yearly work or—as we spoke, this second idea seemed her preference—if it would be possible to take the project on the road to other cities.

Copies of The Directors can be purchased at powfilmfest.com

by Suzette Smith and Alex Zielinski