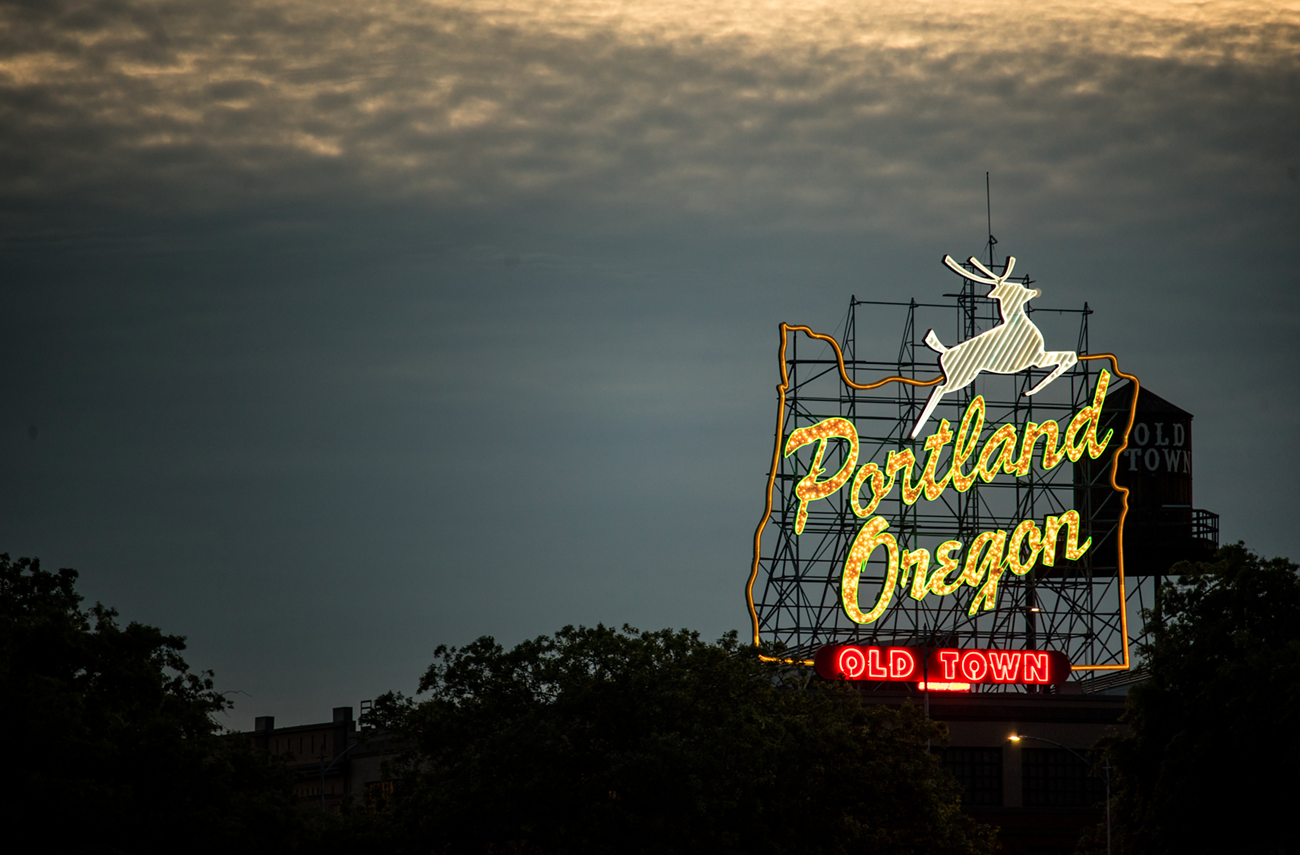 Portland is ranked near the bottom of cities successfully recovering post-pandemic—but it might not be because of the reasons you've been told. Ahorica / Getty Images

GOOD AFTERNOON, PORTLAND! And let's start with the good news: The temps will considerably drop starting tomorrow, with highs in the mid-80s—that will tick back up to HOT by next Wednesday? Am I sensing a trend? I'm gonna chew on that... while chewing on this NEWS.

• While it's certainly not as hot in the Portland area as predicted today, a heat advisory remains over the region and a cooling center in Old Town will stay open downtown until 10 pm tonight for those who need it. Our Isabella Garcia has the latest.

An update: For the second time this summer, PPB are refusing to release the names of the officers involved in this shooting due to "concerns related to doxxing". https://t.co/lUlZuxQceV

• TODAY IN POLITICAL HORNET NESTS: As predicted, the state’s top public defender Steven Singer has been fired after a contentious reign and a very public beef with Oregon Supreme Court Chief Justice Martha Walters, who claims Singer was not doing enough to solve the state's very real public defender crisis. After dumping the commission who refused to fire Singer, the newly appointed (and remaining) members eventually voted in favor of giving the boot to the former leader—who called it "the most significant frontal attack on the independence of public defense ever in the United States.”

• According to a new study, Portland ranks near the bottom of cities in post-pandemic recovery, saying that according to cellphone data, our downtown area has only 42 percent of the activity it did in 2019. GEE, I WONDER WHY THAT IS.

This is a Demi Lovato positivity space, a D&D campaign friendly zone, and a hot show sound off. Check it all out in @JenniferKayMo's weekly music news column, HEAR IN PORTLAND!https://t.co/E9R2wcPTXh

• Test your knowledge about the naughty shenanigans local baddies have been up to this week in this hilarious edition of our sassy-ass weekly trivia game, POP QUIZ PDX! (Plus enter to win free pizza! 🍕😋 )

🚨 ALERT! You only have until *this Sunday* to cram 48 (!!) of the most delicious, creative burgers into your mouth before the Mercury's BURGER WEEK comes to an end! (But we have faith in you.) Take a look at these gorgeous burgers! 😍 🍔https://t.co/LC7HDQX3Jg

• While the Justice Department has been reticent to release the affidavit attached to the Trump/Mar-a-Lago search warrant that's been requested by several media organizations, a judge is reportedly considering releasing a partial, redacted version that would protect witnesses who would surely receive multiple death threats from the Trump domestic terrorist militia.

Reinhart set a deadline for next Thursday 8/25 at NOON for the government to file proposed redactions. He'll then issue an order and they'll go from there.

But the govt can still appeal...https://t.co/cvmY4wipNa

• While refusing to implicate his former boss, Allen Weisselberg has pleaded guilty to conspiring with the Trump Organization to avoid paying taxes on perks—but may be called on to testify in any upcoming criminal trials involving Trump's shady business dealings.

• Looks like Senate Minority Turtle Mitch McConnell is starting to sweat, telling members of the GOP that the party may not be able to claim the Senate in November due to a lack of "quality candidates." (That's an understatement!)

• According to the watchdog group, Citizens for Responsibility and Ethics in Washington, the Secret Service neglected to inform Capitol Police on January 6 that a death threat had been made against House Speaker Nancy Pelosi until hours after the domestic terrorist attack had begun.

Analysis: After just one episode, “She-Hulk: Attorney at Law” has solved one of the Marvel Cinematic Universe’s greatest mysteries.

Is Captain America a virgin?https://t.co/w3JOeBiJlf

• And finally... not sure what's up with the rings, but this is just good, solid info to know. 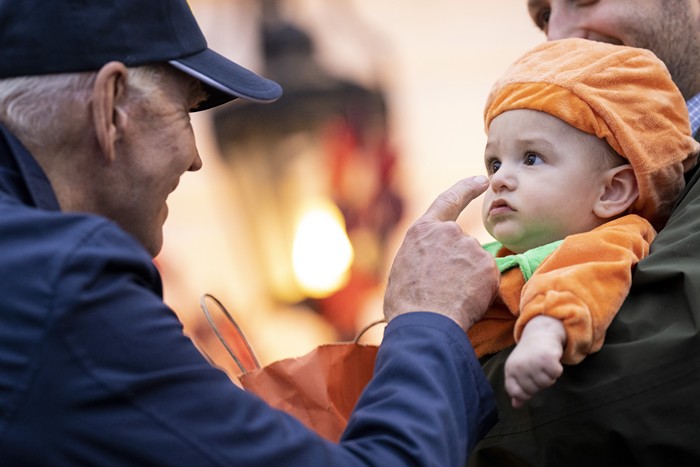 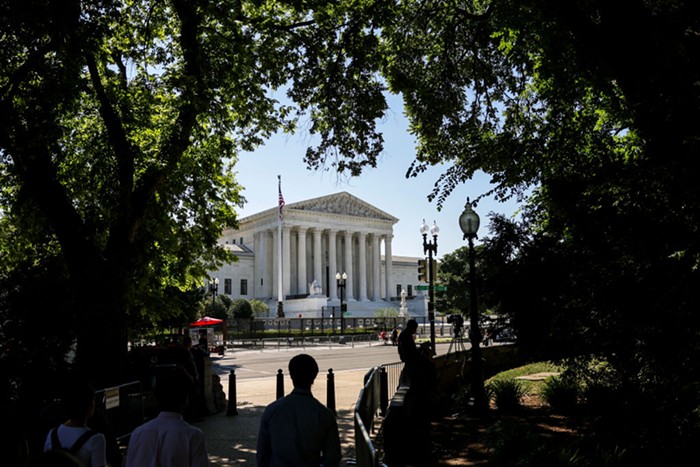 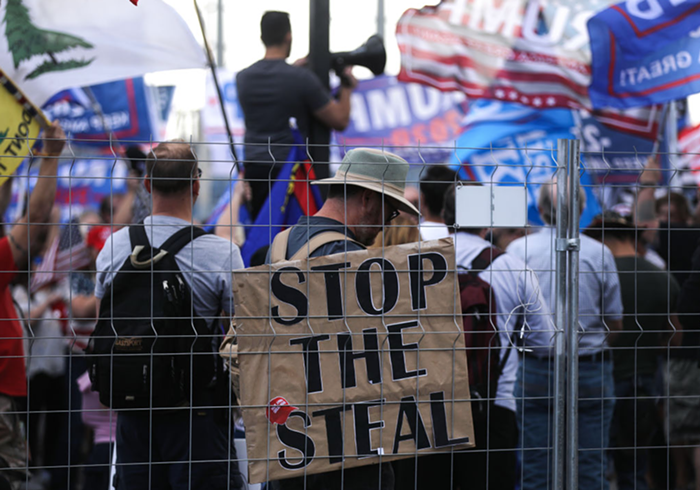