Good Morning, Portland! And a very fine Drinksgiving to you. While this sub-holiday is mostly a circumstance of having Thursday off, and—in many cases—finding yourself back in your home town at the same time as far-flung friends, at least it's based on happenstance and not genocide! Raise a glass of whatever the evening calls for, stay up until you'll be too tired to fight your family on anything but the most important issues, and for goodness peas take a cab home! Now here's the news!

IN LOCAL NEWS:
• A related plug: Monday November 28-Sunday December 4 will be the Mercury's first ever Holiday Drink Week. Coming a little too late for Drinksgiving, but just in time to add some spice to holiday catchups, you’ll find $7 specially crafted cocktails at participating locations across Portland, and (against all reason and sense) they'll be available all day long. Take THAT seasonal depression!

• Okay, now for news news: According to a class action lawsuit, a new payroll system at Fred Meyer stores created widespread errors, causing some employees to only receive partial payment or in other cases none at all. While the issues remain unresolved a Fred Meyer representative told KOIN that, as a chain of hypermarket superstores, they "understand the impact."

• While Mount Hood Meadows originally planned to open its winter ski season this weekend, the ski park said this week that it would unfortunately need to delay the opening due to a lack of snow.

• People love to hate on the City of Roses, but do they know about our incredible market scene? Now you know:

The supply chain is all sorts of messed up and it’s prime porch thief season, so skip the hassles of holiday shopping at markets like ScanFair and Crafty Wonderland, which feature some of the city’s finest vendors, makers, and artisans. https://t.co/91vauFCiJd

• On Friday, a new exhibit from local artist Mike Bennett, titled Snow Day, opens to the public. “It’s ultimately a beautiful winter forest with a lot of original characters that you’ll get to explore,” Bennett told KOIN. “Mixed in is more of a seasonal store, as well, with photo opportunities and a lot of surprises and surprise guests throughout the season.”

IN NATIONAL / INTERNATIONAL NEWS:
• People are without power in Ukraine, in cities from Lviv to Kharkiv, after a barrage of missiles from Russia bombarded the nation's energy facilities. The country's grid was barely recovering from another recent Russian attack, also aimed at energy systems. Ukrainian President Volodymyr Zelensky had just announced a plan for such outages—which will grow more dangerous and deadly as winter sets in—called Points of Invincibility. It includes a series of government centers to provide basic services ("electricity, mobile communications, internet access, heat, water, and first-aid supplies") in the event of prolonged blackouts.

• The nation awakens to another mass shooting, this time at a Walmart in Chesapeake, Virginia. A gunman fatally shot six people and wounded at least four others, the New York Times reports. He was found with what appeared to be a self-inflicted gunshot wound, also dead. Vice News reports that the gunman was a store manager and his victims were in the employee break room.

• Update on the horrible mass shooting that happened three days ago: Anderson Lee Aldrich, the person disarmed after they allegedly killed five people at Club Q in Colorado Springs on Saturday night will appear in court today. Prosecutors have yet to file formal charges, but Aldrich's defense said late last night that the suspect is nonbinary—and I don't have to tell you that's going to lead to a lot of bullshit think pieces.

• Facing off against court challenges to the legality of the Biden-Harris loan forgiveness plan, President Biden has extended the pause on student loan repayment until June 2023. Payments were set to begin in January, but the new extension moves repayments to 60 days after that June 30—why didn't they just say August? That is also a question I have!

• Here's a little something for the people who like to see former President Donald Trump upset. The Supreme Court said yesterday that the House can have his tax records.

• Now, here's your energy for the day: 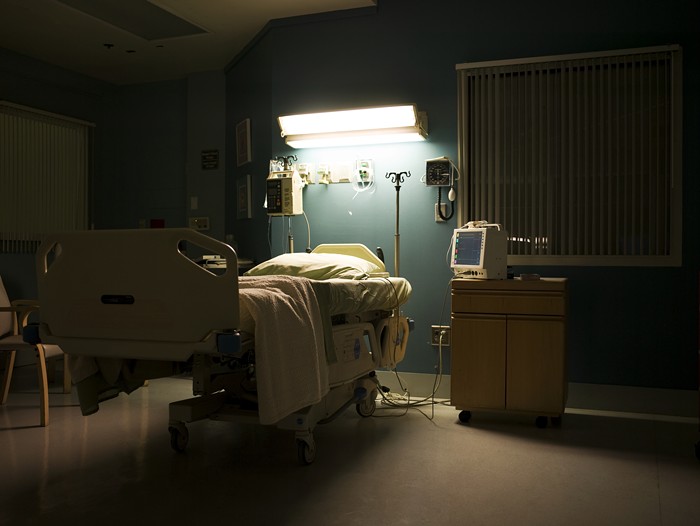