Don't miss the best upcoming shows and great new music to put in your ears—it's all HEAR IN PORTLAND! 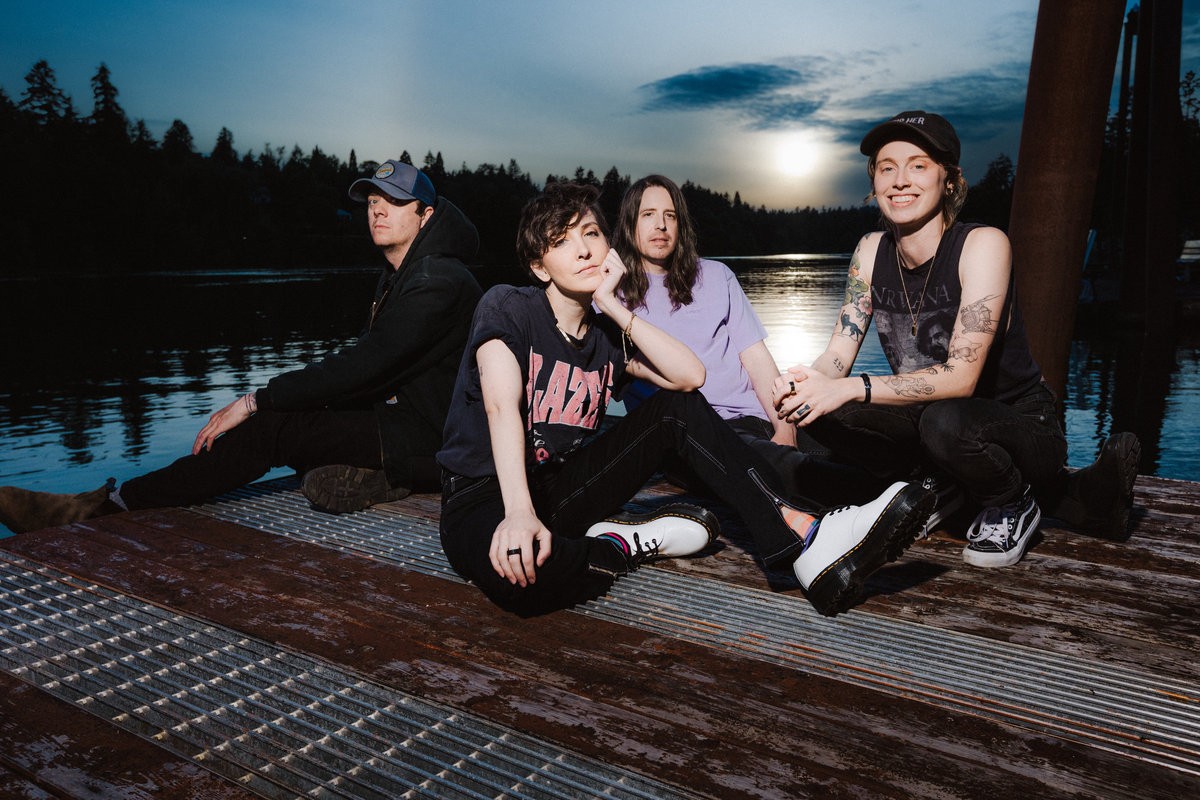 Portland's own Summer Cannibals play Mississippi Studios this Saturday. Courtesy of the artists

As fall draws closer, it’s time to buckle up and start looking forward to those darker, indoorsy vibes, because ’tis the season of playing club-ready anthems, pulling on your boots for rock shows, and nights-in listening to jazz and soul. Ready your mind for all of those things with this week’s Hear In Portland rundown.

Summer Cannibals
Portland-based indie rock four-piece Summer Cannibals haven’t dropped a project since their excellent 2019 full-length, Can’t Tell Me No, written after lead singer/songwriter/guitarist Jessica Boudreaux got out of a manipulative personal and creative relationship. “Writing this record and making it ourselves was about liberation from the parts of an industry that have protected abusers for way too long, and about saying fuck you to the people who have invalidated my and so many others’ experiences of abuse,” says Boudreaux in a statement. Considering all the goodness packed throughout the album’s 11 tracks—where lots of fuzzy guitars and delightfully confident one-liners like “I am not your, I am not your bitch” abound—the band will have no shortage of empowering anthems to play at Mississippi Studios this Saturday. Dream pop duo Shady Cove (formerly of the Portland band Candace) add hefty support to the bill. At the request of the artists, proof of COVID vaccination is required for entry.
(Sat, Sept 10, 9 pm, Mississippi Studios, 3939 N Mississippi, $15, w/Shady Cove, Soft Cheese, tickets here)

It’s always nice to see local artists being playful and experimenting with their songwriting and execution. Houston-to-Portland producer/artist Snugsworth packaged up their two latest singles for a drop on Bandcamp Friday (September 2). The first track, “Demon Flow,” which dropped on July 29, is basically a club banger, packing ultra bouncy production and a rumbling bass, as Snugs tries his hand at rapping and talking spicy: “I woke up and felt like rappin/ He woke up and felt like cappin/ I got more fire than dragons/ Boy, please just stop the acting/ Look, we are not the same, you is a walking lick/ Yeah I'm eating good I still look like a walking stick.” The second song in the pack, which dropped in August, clocks in at just a minute and a half, and sees the artist making food puns, singing “Will you be around late night when I need some oooh?” Listen to both tracks below, or support the independent artist directly by buying them on Bandcamp.

There’s not much we love more than a quality Portland collab. Jazz pianist/producer Charlie 3rown teamed up with fellow Portlander/R&B singer Lo Steele to drop a two new two-track EP called Dark Rose.  on August 19. The dueling singles— “Somewhere New” and “Dark Rose”—aren’t the first time the two artists have joined forces, having collaborated on Steele’s track “Give Yourself Grace” in 2021. Both songs are less than three minutes long and have a romantic feel: “Somewhere New” embodies a more upbeat, exploratory vibe infused with electro-jazz elements, while “Darkrose” is slower, sultrier, and nods to progressive, neo-soul icons like Erykah Badu, as Steele croons “We gon’ do more than get by/ We can do it right this life/ No more lost time/ You gon’ make a way for me/ I’m gon’ make a way for you.”

Seeing Dave Matthews Band’s spectacular recurring appearance at the Gorge has been an annual tradition for many Pacific Northwesterners since 1997, and the band’s three nights at the Washington venue just wrapped this month on September 4. If you were one of the sad souls who missed out on the trio of Gorge shows, it’s time to rejoice in yet another opportunity to hear DMB classics like “Crash Into Me” and “Grey Street” and “Ants Marching” performed live. Just yesterday, Dave Matthews Band announced a brand new tour, which will make a visit to Portland’s Moda Center on Saturday, November 7. Tickets go on sale on September 20 at 9 am.