Concordia and Grant Parks New Seasons workers represent the sixth and seventh New Seasons stores that have announced plans to form a union this year. 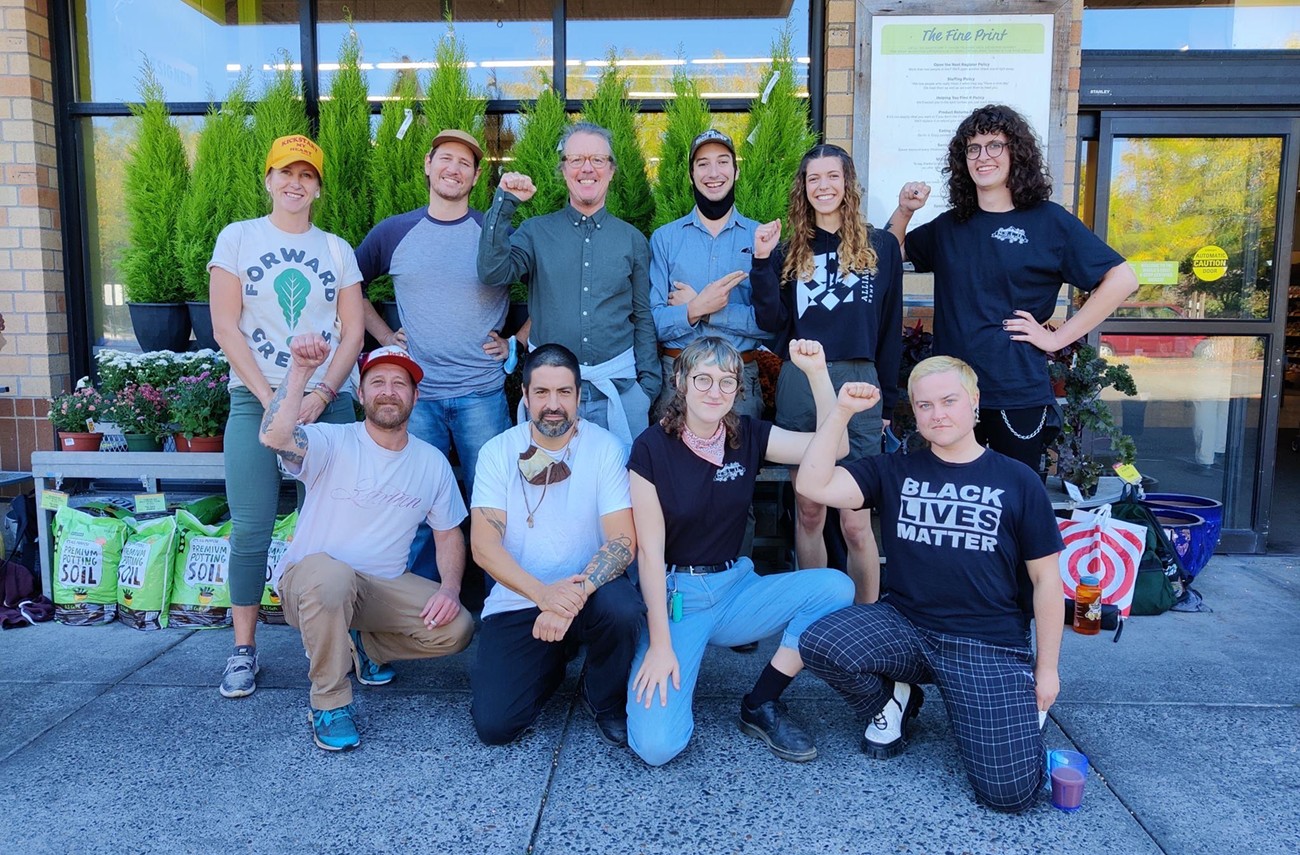 "A lot of our customers spend more money on groceries at New Seasons because they believe the store treats its employees well," said Ollie Blackwood, a worker at New Seasons' Concordia store, located at NE 33rd Ave. and NE Emerson St. "That's why people used to fight to work at New Seasons, too. But management has been able to coast on that reputation for too long. As a clerk, no matter how many standard raises management gives me, there is no way I will be able to make a living wage in Portland."

Some 70 workers—40 percent of the Concordia store's employees—signed cards signaling they want a union, which were delivered to the National Labor Relations Board (NLRB) Wednesday. On Tuesday, more than 50 percent of workers at the Grant Park New Seasons—located at NE Broadway and NE 33rd Ave—submitted union petitions. If more than 30 percent of a workplace sign on to unionize, the NLRB is obligated to conduct an election for all workers to determine whether a majority of workers want to form a union.

New Seasons can also independently choose to recognize the workers' union without forcing an election—but company management has declined this option at every one of the stores that have filed to unionize already.

"We recognized the importance of an independent union early on," said Wil, a grocery clerk at the Grant Parks store, who asked the Mercury to just be identified by his first name. "When Seven Corners announced, it felt like the right move for us to follow."

Other staff felt that the COVID-19 pandemic had revealed cracks in the foundation of their workplace that needed addressing.

"During the pandemic, for a few months, we were all talked about as essential workers and heroes," said Blackwood. "But then we saw it just go back to the status quo. On top of that, we've seen inflation rise and rise and wages stay stagnant. The company needs to be held accountable for that. We workers are their backbone."

Blackwood raised particular concerns with being understaffed and overworked at the Concordia market, one of the New Seasons locations with the largest volume of sales. Workers from both stores raised issue with New Seasons' growing reliance on automatic services, like self check-out stations and online ordering, which could eventually eliminate staff jobs.

"We have no protections right now," said Wil. "Having a group of people who work in the stores every day at bargaining table to stand up for us as our jobs continue to change, that is why I'm behind this effort."

After other New Seasons stores filed to unionize this summer, management rolled out a strong anti-union campaign across all stores—and hired a legal firm with a history fighting unions at Donald Trump-owned hotels to attack the union campaign.

Ava Robins, a baker at the Concordia store, said that this aggressive union-busting from management only added to workers' desire to unionize.

"If anything, it was all the more evidence that this was something we needed to do," said Robins. "It showed clearly that New Seasons doesn't care about the actual interests of their workers, and is focused on maximizing their profits at all costs. It was a wake-up call."

Robins said workers believed Concordia management was taken slightly off guard by Wednesday's union announcement. But she has no reason to believe management won't roll out a familiar anti-union campaign at the Concordia store. What matters more, Robins said, is the impact their decision will have on other Portland-area workers.

"I announced to other New Seasons organizing groups that we were filing yesterday, and it was encouraging to see people from other stores say that it's inspired them to do the same at their store," said Robins.

Workers at the Seven Corners store are currently the only New Seasons workers whose union status has been certified by the NLRB. Workers at two other stores—one in Hillsboro and another in Sellwood—voted against unionizing last month. Workers at the both the Slabtown and Woodstock New Seasons Markets have filed to unionize, but have yet to hold an election.

"It's exciting to see more and more people join in—not just at New Seasons but workers across Portland," Robins said. "The power we have when we stand up as workers is impactful."