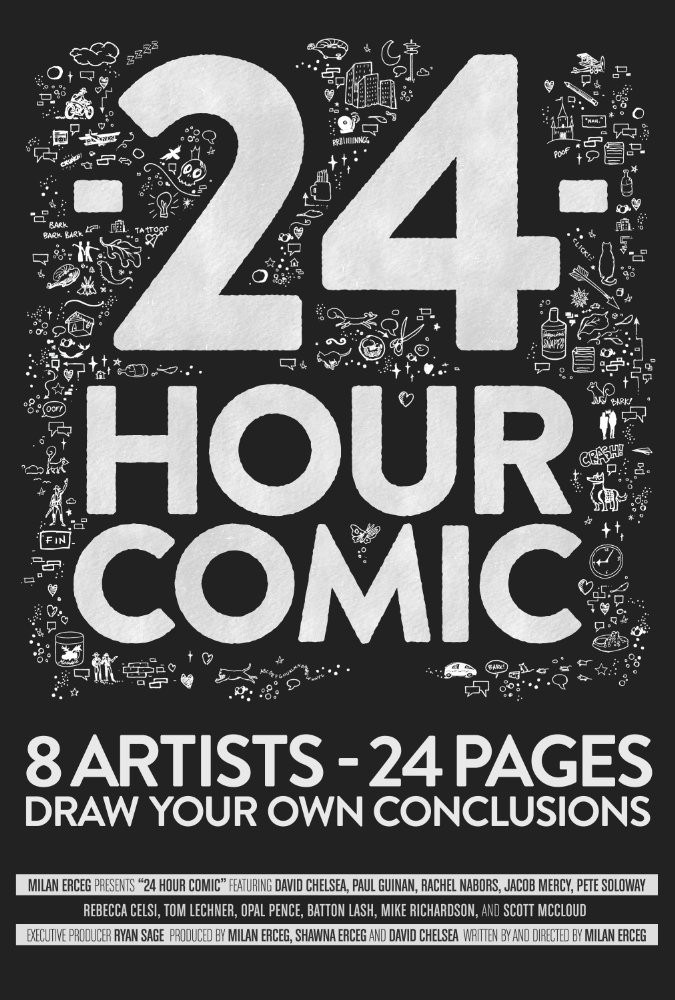 Clocking in at just over an hour, 24 Hour Comic examines the annual event in which comic book creators attempt to crank out an entire comic in a single 24-hour stretch. Focusing on a handful of Portland-area creators as they draw, write, and yawn, 24 Hour Comic is at its best when examining the inherent difficulty of the medium (“Comics have the worst ratio of time that you spend to money that you’re compensated,” notes participant Paul Guinan) and finding bursts of insight into indie comics’ driven, sometimes insular creators. (“I spend most of my life in my head,” says Pizza Gun co-creator Jacob Mercy; shortly after, his collaborator Pete Soloway coolly apprises a page: “Looks like I shit it right out onto the paper.”) Featuring frank interviews with comics creators and editors—including Understanding Comics’ Scott McCloud and Dark Horse Comics’ Scott Allie—24 Hour Comic feels overlong despite its runtime. Comics can be inventive, powerful, and beautiful, and their creators can be fascinating, inspired, and brilliant. But actually watching comics get made—even under compressed conditions like these—isn’t as interesting as the output.