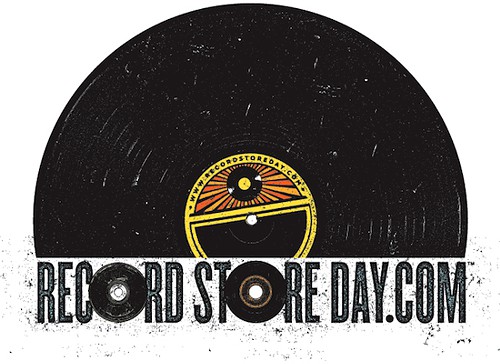 Record Store Day is just around the corner and two of Portland's finest shops will be having plenty of events to celebrate. The downtown Everyday Music will be filled with the sounds of Hosannas (1:30pm instore performance), Zia of the Dandy Warhols (2pm DJ set), Brish Prarie (3pm instore performance), Sallie Ford and the Sound Outside (4pm instore performance), Nurses (5pm DJ set), White Hinterland (6pm DJ set), and Ancient Heat (7pm DJ set). Their Sandy location is getting in on the action as well, hosting a DJ set from Steve Turner (Mudhoney) at 1pm and Purple and Green will be doing an instore set at 4pm.

Speaking of Turner, he'll be double-dipping at the downtown Jackpot Records under the moniker “DJ Dollar Bin” with a DJ set at 10am, along with an appearance from the mobile Voodoo Doughnuts truck (Touch Me I'm Sick... from eating too many glazed doughnuts). At 2pm, plug your ears because things will get loud when Red Fang plays, which will be followed by the more danceable sounds of DJ Anjali at 4pm.

Actually, most every Portland record store will get it on the action. Do your part and support them, before they end up in this gallery of sadness.

Comments 2
Tags: Music Blogs
If you enjoy articles like this, please help the Mercury continue our mission of providing up-to-the-minute information, progressive journalism, and fun things to do in Portland by making a small recurring monthly contribution. Never forget: Your help is essential and very much appreciated!
CONTRIBUTE NOW