Tyler Keene Leaves And And And, Starts Log Across The Washer 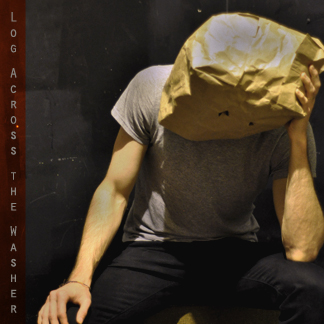 As one of the singer/songwriters in And And And (not to be confused with Indian law firm Anand And Anand), Tyler Keene plays a vital role in the up-and-coming band. Make that, played a vital role.

Keene has left And And And (according to a statement from drummer Bim Ditson, "Tyler is our boy, he's just not in And And And anymore") leaving the band without one of its frontmen. They will continue on, assumably retiring Keene's songs in the process.

As for the former member of their band (band band), Keene has started an oddly-titled solo project, Log Across The Washer. An expert in writing rock songs that feel like they're unraveling at the seams, Keene has a 12-song self-titled LP available for free on his site. While not a grand departure from his previous work, Log Across The Washer manipulates jangly indie rock numbers and isn't afraid to add some electronic backdrops (most notably on "The Toxic Few" and "This Evening Shall Spawn Falsehood") along the way. The song below, "The Killing Machine" borrows a couple lines from Bob Dylan's "The Man in Me," although Keene changes up the wording to make it slightly more morbid.

End Hits: And And And has Anand And Anand on retainer.

Comments 3
Tags: Music Blogs
If you enjoy articles like this, please help the Mercury continue our mission of providing up-to-the-minute information, progressive journalism, and fun things to do in Portland by making a small recurring monthly contribution. Never forget: Your help is essential and very much appreciated!
CONTRIBUTE NOW