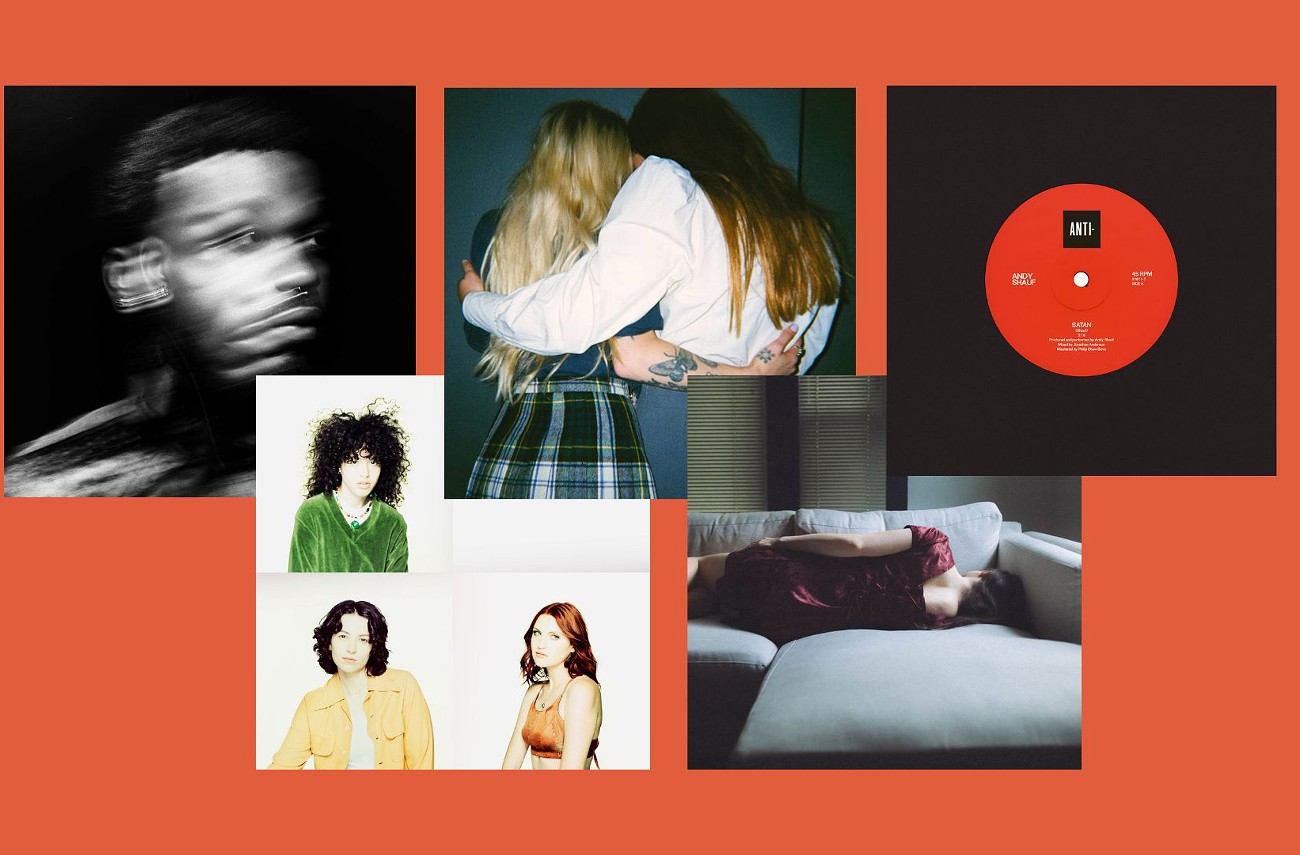 It is good and correct that nearly every "Best Records of 2022" list should have Beyoncé's Renaissance on it. But Mercury readers are savvy, and so much excellent criticism has that masterpiece lovingly covered. Therefore, when planning this short list of excellent records released in 2022, we deliberately skewed local / weirder / lesser known. These records are giants in their particular music circles, but maybe one or two will be new to you.

The second formal album from New York rapper Cakes da Killa takes its name from a late 19th century parable of fame—wherein a man seduces and dominates a young girl, and in the process turns her into a famous singer. So it follows that Cakes' Svengali represents a look back on his dating life. He questions where he was taken advantage of in relationships, and at what point the tables turned. Svengali was poised for a 2020 release, but was wisely shelved during the pandemic’s onset. Even two years later, the record arrives right on time and knows who he's for. Cakes spits across tight piano bar beats that surely were on Beyoncé and Drake’s mood boards before they released their house albums this summer. ANDREW JANKOWSKI

At the risk of preaching to converted MUNA fans, who are already familiar with sexy bops, like “Silk Chiffon,” “What I Want,” and “No Idea," here is my pitch for why the uninitiated should try on these certified queer bangers posthaste: Imagine you spent the last few years figuring out your gender stuff, getting on antidepressants, falling in and out of love with a career, becoming a parent and then realizing that all the weird memes and greeting cards about being obsessed with your kids are true and your emotional shit will just never be the same again. So imagine you take a solo road trip to the Oregon coast, and as you’re driving through the part of road where the forest gives way to the beach, you hear the lyrics from “Kind of Girl,” that say, “I'm the kind of girl / who owns up to all of my faults / who's learning to laugh at 'em all / like I'm not a problem to solve.” In a chaotic year, preceded by chaotic years, MUNA's MUNA gave me a moment of inner peace and understanding, and that’s better than a million bops. BLAIR STENVICK

You may have heard of the British indie rock band Wet Leg: the breakout creation of duo Rhian Teasdale and Hester Chambers, that firmed up after their spectacular debut singles “Chaise Longue” and “Wet Dream” made a splash (so to speak). Released in April, their debut, eponymous album is just as strong and offers plenty of absurd silliness and striking fervor. Effortlessly shifting between a variety of different styles, while never losing sight of a prevailing energy that sticks with you, Wet Leg is an album full of great vocals and plenty of lyrical bite that rings truly joyous from start to finish. CHASE HUTCHINSON

Welcome back to the Andy Shauf appreciation corner, where we laud the accent-heavy Toronto singer-songwriter who—despite our current cultural climate of songs written expressly to be TikTok clips—quietly and consistently crafts croon-folk marvels. Best known for his concept albums like 2016's The Party and 2020's Neon Skyline, Shauf's songwriting has taken on Raymond Carver qualities in recent years, mundane yet arresting. In turn, his “Satan” b-side, released in February, feels like a chapbook zine or a pair of surprisingly good short stories, tucked in the back of a literary journal. At first, you're won over by the show-stopping qualities of "Satan," which Shauf has explained as a rumination on the hypocrisy of religious afterlife damnation—at the end of a whole life of goodness, one piece of Halloween candy can land you in Hell. But over time, the record's other track "Jacob Rose" reveals its quieter strengths: Wrapped within a musing tune is a simple story about a silly, violent thought that causes a man to accidentally injure himself, then wonder what his wife will think. Paired against the grandeur of Hell, it lands the project with perfection. SUZETTE SMITH

I Just Want to Be Wild For You, MAITA

During the pandemic, MAITA—the somewhat eponymous indie-rock band of Maria Maita-Keppeler—found themselves facing cancelled shows, unable to tour in support of their 2020 record Best Wishes. Maita-Keppeler's answer wasn't the studio. Instead she didn't really write much for the first year; she returned to visual art—sketching, screen-printing, and even painting pet portraits. When I Just Want to Be Wild For You dropped in February, on local label Kill Rock Stars, Maita-Keppeler described it as "mining those moments where we feel very far away from one another or from ourselves... there’s a gap, that wants to be bridged, that isn’t being bridged.” The album's title track “Wild For You,” was initially intended for Best Wishes, but didn’t make the cut. It's fascinating to see it now steer a whole album about dissociation, disconnect, confusion, and isolation, which has only further proven MAITA as one of the most impressive and shining acts to come out of Portland in quite some time. JENNI MOORE

Tags: Music Culture
If you enjoy articles like this, please help the Mercury continue our mission of providing up-to-the-minute information, progressive journalism, and fun things to do in Portland by making a small recurring monthly contribution. Never forget: Your help is essential and very much appreciated!
CONTRIBUTE NOW