3
Cafes are not allowed to block disabled access to the streets; in fact, new laws have them paying hundreds of dollars per year to rent a few feet of the sidwalk and allow at least a six foot clearance.
spartacus on April 22, 2010 at 2:58 PM Report this
4
Sidewalks are often obstructed by businesses which consider them to be their own property, and not a public right of way.

At the absolute minimum, at least 5 and a half feet must be clear for pedestrian traffic. It doesn't matter, of course, as the city does not enforce it. As enforcement is not done, and since businesses don't seem to be aware of the use guidelines, they probably aren't paying the required fees either.
Smiley on April 22, 2010 at 3:25 PM Report this 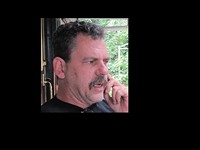 5
Looks like another fine clusterf**k brought to you by PBA and City Council members who focus on the wrong issues. Despite promises broken for years on providing enough funding for critical services, they try to keep this dog hunting. After 4 times of being told by the courts you can't do this because there are ALREADY laws in place to deal with this, they think they can still pull a rabbit out of their hat. Oh well, my handicapped significant other are already making plans. We will file a complaint against EVERY sidewalk cafe that blocks the area they plan on covering according to the cities own video. If they really want to use the ADA act, the great thing is, cafes are NOT exempt.
Dale Hardway on April 22, 2010 at 7:39 PM Report this
6
I know some people in chairs. They have a ton of life challenges. I support 100% a guaranteed right of way for them. The proposed city program cracks down on cafes, signboards and people sitting on the sidewalk equally. (Don't get me started on dead tree, litter generating, paper boxes! Move that S*** indoors!)
R on April 22, 2010 at 7:59 PM Report this
7
As we will see, in the coming warmer months, the invasion of "Traveling Youth"
Angsty teens who litter our streets wherever they convene, mostly drunk or high, with packs of dogs (who bite other dogs), and an infuriating sense of entitlement that brings down an entire community.
This is what this plan is for, and thank god.
I don't care who you are or where you came from or what your doing, as long as you are a decent person, that knows how to exist in a community of people. People who don't "OWE" you a thing, they will give out of kindness or ignorance. Reap what you sow

on April 23, 2010 at 12:53 AM Report this
9
Blah blah blah. Typical Portland NIMBY bulsh*t. I may not be willing to give up my civil liberties in the war on terror, but I certainly am willing to give them up if it will keep from being accosted by pan-handlers with every step I take.
jbruner97 on April 23, 2010 at 2:57 PM Report this
10
"The proposed city program cracks down on cafes, signboards and people sitting on the sidewalk equally."


on April 26, 2010 at 9:20 AM Report this
11
"Last Friday night, April 16, the Downtown Chapel on 6th and West Burnside moved its line of chairs from alongside the church to the curbside, as a way of figuring out how to comply with the proposed law. Tired homeless people waited for up to two hours for a meal as the rush-hour traffic sped by, inches behind them."

The Downtown Chapel provides a community of hope and healing for people in transition, people facing issues of urban poverty, or those who cannot advocate for themselves.
dtcpdx on April 28, 2010 at 1:47 PM Report this