Nick Fish to Charlie Hales: "Are We Still Committed to Solving Homelessness? Or Just to Displacing It?"

1
Maybe some of the harsh language has to do with the fact that the some of the "homeless" have made downtown pretty unpleasant for most folks, let alone the folks hit on the head by skateboards.

Fuck, today I saw a guy (uniformed in a black vest and Carhartts) splayed out on one of the concrete flower planters at the corner of Yamhill and 5th. That's the type of image that doesn't engender a sense of compassion in the general public. Get some consensus from the advocates that its okay to run these sorts of folks (the travelers) out of town, and then we can try to work on solving the real crisis of homelessness for members of the Portland community.
Babygorilla on August 13, 2013 at 5:37 PM Report this

That is simply dishonest. You posted a list of attendees the other week which showed agencies outnumbering the PBA by something like 9 to 1. Are you reporting in good faith on this issue, Denis?

There have been many people housed and served in the last decade, but the number of homeless is higher than ever. Unfortunately, there is no way to "solve" homelessness.

It is a perfectly acceptable approach to simultaneously do what you can in terms of housing and services with limited resources, while also dealing with problems like Downtown looking like shit during high tourist season. They aren't mutually exclusive.
Blabby on August 13, 2013 at 6:10 PM Report this
3
The fuck Portland is a model in addressing homelessness. Unless "addressing" it means supporting one of the largest homeless populations in the country in their perpetual homelessness. Then sure, Portland is a leader there.

Hales doesn't have an answer to the problem, but neither does anybody actually in office here. If we'd been addressing the issue in any effective way since Bud Clark, then the issue would be a solved one.

4
Well, at least Israel Bayer has concrete suggestions. They all come down to spending millions more on these things, which will come from elsewhere in the budget, but maybe that makes sense.

I think if you talk to anyone in any non-profit or government agency you'd hear some version of "if only we had more money, THEN we could finally fix this." I'm dubious of this expectation.

I'm also curious about which housing programs Hales has stopped? Has he actually made any substantive changes to what the City was offering before, or is it just his "tone" that has everyone's panties bunched?
Blabby on August 13, 2013 at 6:48 PM Report this
5
"It's one of the reasons Portland is viewed as a national model in addressing homelessness."

We are!? Does this guy walk outside at all?

If Fish is so passionate about housing, why is he listing a half-million dollar home in a poor neighborhood?

Is this guy delusional? I think I've answered that question.

And thanks to Israel Bayer for posting concrete ideas, though they won't get any better results than we are getting right now which means we need do like other cities do and enforce laws and codes we have.
qwertyuiop on August 13, 2013 at 7:27 PM Report this
6
There simply is no solution to homelessness.
You can throw millions more into programs to supposedly help, but at the end of the day, there will always be homelessness.
frankieb on August 13, 2013 at 7:47 PM Report this
7
Solving homelessness or displacing it? I submit that all of the millions of dollars spent over the last decade (or more) have both solved homelessness and displaced the homeless.

It has solved homelessness in other parts of the country by displacing their homeless populations to Portland.
Jimmy Carter on August 13, 2013 at 8:55 PM Report this
8
~ CONTEST ~ KICK ASS SHELTER SYSTEM IDEAS! ~ CONTEST ~ SIGN UP HERE! ~
Will you please stop bitching about, and describing the problem and please start designing simple shelter units on wheels with beds, doors and locks for rent on THE OREGON TRAIL HOMESTEAD CARD!? http://www.nickelnonprofits.org/
David Knapp on August 13, 2013 at 8:58 PM Report this
9
We have a homeless problem because we're known as a city that tolerates, supports, and even encourages homelessness. We're soft as butter, and that's why every bush, every underpass, every bus shelter is a hotbed for trash, feces and needles.

Yeah, it sucks that people have problems, but many of these folks are at least functional enough to figure out that if they can get to Portland, we'll at ignore them at very worst-- pretty much no matter how poorly they behave. Nobody wants to talk about the elephant in the room, lest they get labeled fascist or whatever by those whose political careers live and die on throwing around such accusations. Throwing more money at homeless programs might help the few that truly need it, but it'll also attract those that don't. It's a tough situation, but for fuck's sake, I'm done playing devils advocate. There is no solution, there's only mitigation. And I'm tired of the sob stories.
Chunty McHutchence on August 13, 2013 at 10:02 PM Report this

10
No need for a fancy contest. I have discovered that an innovative environmentally friendly homeless shelter already exists that is constructed from post consumer fiber and suitable for habitation in multiple environments or environmental conditions:

12
See Matt Davis, Denis? This is what happens when you are an advocate instead of a journalist. Can't be both.
Blabby on August 14, 2013 at 8:59 AM Report this
13
Huh, all you people seem to believe that we've got some sort of unique homeless epidemic that's totally out of proportion to the reality of the situation. Bodhisattvah up there actually believes that Portland has "one of the largest homeless populations".

So by actually using real numbers and looking at reality (rather than a pitiful hatred of the homeless) we can see that Portland has a slightly worse homeless problem than Seattle and is actually doing much better than Los Angeles.
Graham on August 14, 2013 at 9:35 AM Report this
14
Graham: The Atlantic in March 2012 had Portland as one of the largest homeless populations:

http://cdn.theatlanticcities.com/img/uploa…
Chuck Garabedian on August 14, 2013 at 10:01 AM Report this
15
@Chucky G: From the text of the article that you took that map from, "As you can see, the metros with the highest rate of homelessness are Tampa, New Orleans, Fresno, Las Vegas, Honolulu, Los Angeles, San Jose, and Seattle. "

From said datasource we can learn that they're claiming that Portland has the 16th highest per capita homeless population in the United States. It's all kinds of fun adding qualifiers like, "one of the largest" to sentences, because it actually means nothing and removes context and reality from the situation. Technically, all that really means is that it's above the mean of the group.
Graham on August 14, 2013 at 10:26 AM Report this
16
It's 15th in that article, if you want to be a hair-splitting prick about it.

And yeah, that's pretty fucking bad, especially for an area that wasn't completely ravaged (at least not to the level of places like Fresno, LV and south Florida) by the mortgage collapse or recently under water (New Orleans). Eight of the 14 areas that are worse off than Portland in that study are either in CA or FL, areas with large minority and immigrant populations, neither which Portland has.

So yeah, we're doing fucking great! Thanks for the lesson.
Chuck Garabedian on August 14, 2013 at 11:25 AM Report this
17
@Chucky Chuck G: You are correct, I did pull from the wrong column, the correct homeless rate ranking for Portland is 15, not 16. Good job on noticing that, but you're also clearly missing the forest for the trees.

You said, "areas with large minority and immigrant populations, neither which Portland has" while research says, "no correlation between homelessness and the share of African-Americans in a population"

If you were to read the article carefully (it's a short article, we all can make it through a couple hundred words), the researchers found the largest predictors of a larger homeless population were higher housing prices and also simply that an area has mild winter temperatures. Since there's not much we can do about one of these issues (other than wait for global warming to make everywhere have a warm winter), we should instead focus our attentions on what can be done to create more moderate-to-low-income housing in the Portland area

Hales current plan of "move them somewhere that people don't have to see" isn't alleviating the issues at play here and is in no way fixing anything. It's just a clearly cynical attempt at paying back the favors he's been getting from the PBA.
Graham on August 14, 2013 at 11:42 AM Report this
18
@Graham

This issue isn't just about total numbers only it's also about code enforcement. NYC has homeless people, lots in fact, but do they let them camp out where they want at anytime during the day and night? No, they don't.

We are fairly loose with enforcement. NYC and San Francisco are two different beasts in regards to how homelessness interfaces with daily city life to help elucidate my point.

What has happened outside of our city hall wouldn't be tolerated for a New York minute in NYC, and pretty much any other city.

We're too concerned about rankings with other cities and not asking ourselves what is and is not tolerable on our streets. It's good for comparison and that's it.
qwertyuiop on August 14, 2013 at 12:40 PM Report this 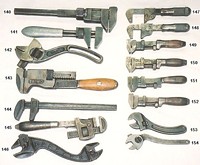 19
Listening to Portland, OR mayor Charlie Hales claim that police raids on homeless people are meant to punish “lawlessness” – hearing him respond to questions about expanding Dignity Village with quips like “it’s hard to find land”, it’s difficult to quell the revulsion one feels in their stomach. Listening to Hales being asked if he would support a ‘Homeless Bill of Rights‘ only to hear him reply “Haven’t seen it”, it’s easy to recall Marc Lamont when he said, “Prison is the only public housing government has ever invested in.”

This callousness of Charlie Hales hasn’t gone unnoticed by housing advocates, nor by other members of city government. This week, both city commissioners Nick Fish and Amanda Fritz issued statements calling into question Hales’ policies targeting those most economically victimized in our community. Hales cited the Portland Business Alliance championed ‘Camping Ban’ that forbids sleeping on the sidewalk during daytime, yet Hales has chosen to aggressively enforce this draconian ordinance only on blocks surrounding city hall where a round-the-clock vigil has taken place in defiance of the regressive ban.

In the discourse of reasoned political critique, it is tabboo to assign vulgar insult to elected officials. Outside of these diplomatic confines, the question must be asked: When is it okay to say, ‘Fuck Charlie Hales’?

http://www.mismanagingperception.com/when-…
George Hayduke on August 16, 2013 at 12:50 AM Report this
20
FACE IT, we must create a new, kick-@$$ $helter $ystem market with a cash flow and governance under the ownership of qualified veterans using Federal seed money in the form of Uncle Sam Approved Shelter System Investments transferred through State Advance ~ S.S.I. ~ Oregon Trail Homestead Cards ~ Like I always say sometime, "No Money?! No Honey!" http://www.nickelnonprofits.org/ P.S. Oregon Trail Homestead Cards, 'cause "in Portland, food is NOT the issue, it's SHELTER!"
David Knapp on August 16, 2013 at 3:35 PM Report this