The county may have wrongfully fired an employee for sharing public, albeit controversial, data

Now, four months after her most recent termination, a legal investigation is hoping to answer a concerning question: Did Multnomah County violate Lamb’s First Amendment rights by firing her?

Thanks to Oregon law, the answer may be difficult to track down.

Lamb’s employment drama with the county began in August 2015, when she was laid off from the Multnomah County Sheriff’s Office. Her termination came days after she published a report on deputies’ disproportionate use of force against Black inmates in county jails. At the time, then-Sheriff Dan Staton said Lamb was laid off for financial reasons, but her former coworkers claimed that the timing implied otherwise.

Less than a month later, Lamb was rehired by the county to be a research analyst for the Local Public Safety Coordinating Council. Not long after, in October 2017, Lamb gave a presentation at a data analysts’ conference in Las Vegas, sharing a county dataset to illustrate the disproportionately high number of Black inmates booked in Multnomah County Jail. Lamb’s immediate supervisor had given her permission to attend the conference and share the data—and, according to emails obtained by the Mercury in a public records request, had even seen a dry run of the presentation before Lamb left for Nevada.

But as news of Lamb’s presentation reached the county’s justice department, it was met with harsh criticism from judges who claimed Lamb had no right to share the sensitive data.

A number of judges accused Lamb of presenting the data in a misleading way (or, in the words of one judge, using “half-assed analysis”) to cast them in an unfairly negative light. They wanted Lamb’s presentation gone—and the county listened. Within days, the presentation was erased from the internet and, a couple months later, Lamb again found herself out of a job.

In Lamb’s termination letter, Multnomah County Chief of Staff Nancy Bennett wrote that Lamb’s “continued employment... is no longer in the County’s best interest,” and left it at that. But Sean J. Riddell, Lamb’s lawyer, believes his client was shown the door because of her ill-fated data presentation. If that’s the case, Riddell wrote in an April notice to Multnomah County, the county had violated Lamb’s constitutional right to free speech.

While the county’s dataset was not necessarily created to be shared with the public, Oregon law mandates that, with limited exemptions, all data created by public bodies must be subject to public disclosure. In a letter to Riddell, Trial Court Administrator Barbara Marcille confirmed that the data files Lamb shared are most certainly public record, meaning Lamb was legally allowed to share the information.

Proving Lamb was fired for sharing already-public data, however, involves navigating Oregon’s labyrinthine employment law. Oregon is an “employment-at-will” state, meaning an employer may fire an employee at any time and for any reason—unless that reason is illegal, like a free speech violation. But the state doesn’t make that exception easy to prove, as employers aren’t required to disclose why they fired an employee.

That means it’s on Riddell to prove Lamb’s firing was linked to a few judges’ discomfort with her presentation. Multnomah County Presiding Judge Nan Waller could help steer him in the right direction.

Following Lamb’s trip to Vegas, Waller emailed Lamb’s then-boss, Abbey Stamp, and asked if Lamb would still be involved in the criminal justice dataset project that had informed her presentation.

“If Amanda is going to be involved we will hold off on data uploads to DSSJ [the dataset] and will not have our staff participating in DSSJ projects until this is resolved,” Waller wrote. Riddell’s reading of that email: That Waller was willing to withhold cooperation from her staff until Lamb was ousted. Along with more evidence, Riddell hopes Waller’s message will convince state regulators to also take on the case.

After Riddell kicked off his legal investigation into Lamb’s firing, he filed a civil rights complaint with Oregon’s Bureau of Labor and Industry (BOLI), asking the agency if the county violated state law when they fired Lamb. BOLI, which enforces compliance with state employment law, often has access to documents that employment lawyers may not always have, which can help strengthen a client’s case. If BOLI’s investigation finds evidence to support a complaint, the agency can also provide the muscle needed to propel a lawsuit forward.

But that process is notoriously slow—BOLI is allowed an entire year to investigate a case before deciding whether or not an employer broke state employment law. Riddell said he won’t formally file a lawsuit until he gets an answer from BOLI.

In the meantime, Lamb has found a way to stay occupied. Three months after the county gave her the slip, Lamb was offered a job at the City of Portland’s auditor’s office—the same office that recently revealed racial disparities within the city’s law enforcement tactics.

Tags: News Alex Zielinski Multnomah County
If you enjoy articles like this, please help the Mercury continue our mission of providing up-to-the-minute information, progressive journalism, and fun things to do in Portland by making a small recurring monthly contribution. Never forget: Your help is essential and very much appreciated!
CONTRIBUTE NOW 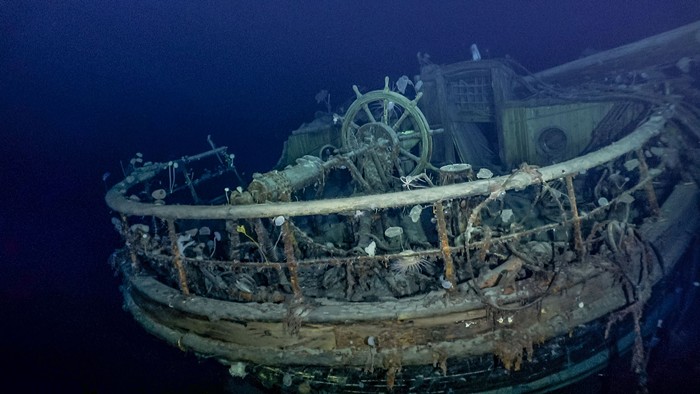