The lawsuit came after members of Patriot Prayer—including leader Joey Gibson—instigated a brawl with Cider Riot patrons on the sidewalk and street outside of the NE Couch business on May 1. Cider Riot attorney Juan Chavez, with the Oregon Justice Resource Center (OJRC), argues that Patriot Prayer intentionally targeted the business because people who identified as anti-fascists (or, antifa) were meeting there to celebrate a day of peaceful May Day demonstrations. The lawsuit, filed on May 3, accused Gibson and six other members of Patriot Prayer of acting negligently and trespassing on private property—and requests a trial by jury.

Gibson has since requested a judge dismiss this lawsuit, claiming Cider Riot and Chavez are trying to silence Gibson's political opinions. Gibson's lawyer, Multnomah County GOP Chair James Buchal, believes that his client is the target of a Strategic Lawsuit Against Public Participation (SLAPP), a name for litigation that appears specifically crafted to intimidate and silence critics.

Buchal argues that Gibson was simply standing on a public sidewalk and using his First Amendment rights to oppose antifa, and "there was not planning or organization by him or [Patriot Prayer]" to show up at Cider Riot and engage in violence.

OJRC's latest motion in this case, however, undermines this narrative.

"Gibson claims that the charges against him are 'a shame' because they are 'political' and not based on anything he did on May 1," writes Cliff Davidson, an attorney familiar with anti-SLAPP cases hired by OJRC, in the Wednesday evening filing. This, he adds, is "in direct contradiction of law enforcement."

Davidson is referring to last week's indictment from the Multnomah County District Attorney charging Gibson of "inciting a riot" at Cider Riot on May 1. Gibson turned himself in for this felony charge on Friday, August 16. He was released on bail later that afternoon.

"The indictment indicates that there is probable cause to believe that Gibson coordinated or participated in the violent acts affecting plaintiffs on May 1," Davidson writes.

This isn't the only piece of evidence Davidson uses to show Gibson's involvement in planning the violent confrontation.

The Wednesday motion also includes four videos taken by someone walking with Patriot Prayer before the group arrived at Cider Riot. The most incendiary of the clips show a small group of Patriot Prayer members milling about a few blocks from the cider bar, waiting for instructions from Gibson.

"Who's texting Joey?" Someone asks when the group seems to be without a game plan. Another man says,“Tell Joey and them to hurry the fuck up. I hope they got like ten big dudes with them.”

As the group waits, they discuss their weaponry. A few men consider which way the wind's blowing to avoid getting "spray" in their eyes. Another man holds a thick wooden dowel, and practices swinging it like a baseball bat. Some wear goggles, helmets, and tactical gloves. One woman is holding a brick.

"Who's the guy with the weapons here?" A man holding a police baton says, appearing to become agitated that the group has to wait for Gibson. "Me!"

A little later, someone in the group tells a person on speakerphone, "There's going to be a huge fight," and gives them directions to Cider Riot.

This new motion asks Multnomah County Judge Andrew Lavin to allow for discovery—a pre-trial process where lawyers can obtain evidence from the opposing parties, including sworn depositions from the accused. It's not yet clear when Lavin will rule on this motion. 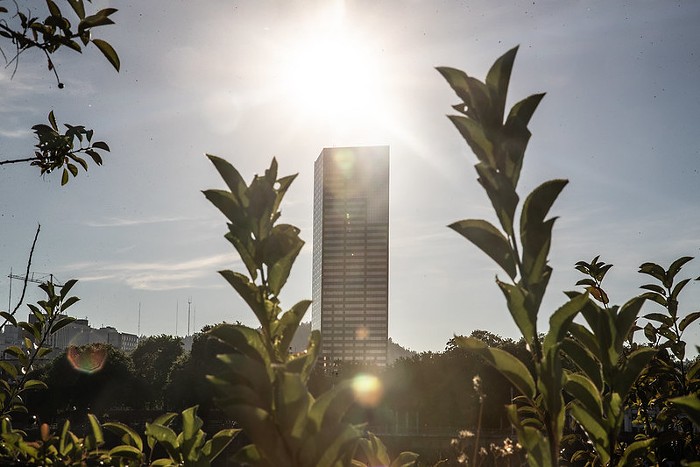