One cooling center will reopen Thursday in Old Town 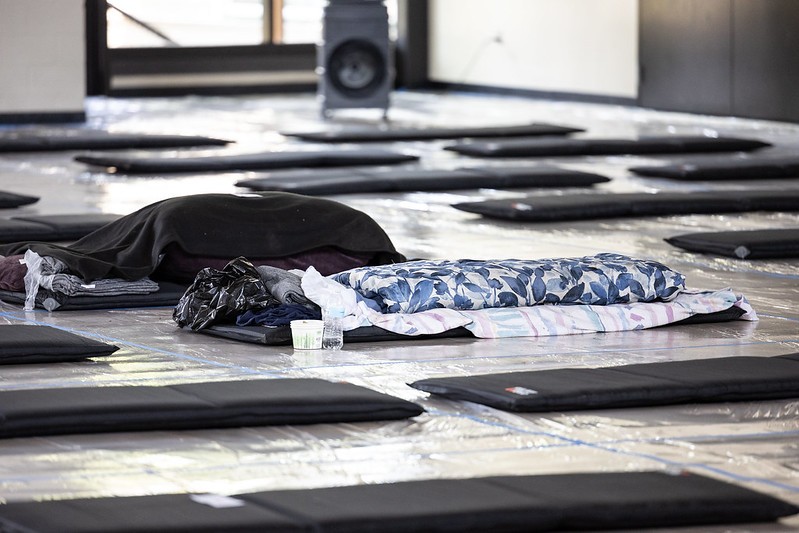 One daytime cooling center will reopen in downtown Portland Thursday as the region remains under a heat advisory.

Temperatures are expected to peak near 100 degrees in Portland for the second day in a row. Overnight temperatures only dropped to 74 degrees Wednesday, breaking the previous record for warmest overnight temperature ever recorded at the Portland International Airport and providing minimal relief to homes without air conditioning and people living outside.

At least one cooling center will open in Portland on Wednesday as the region enters into another heat advisory period.

The National Weather Service issued a heat warning for Multnomah County starting Wednesday, August 17, at noon until Thursday, August 18, at 10 pm. Temperatures are expected to be in the upper 90s—and possibly surge into the triple digits—with overnight lows in the 70s.

All county libraries will be open normal hours on Wednesday, except for the Central Library in downtown, which is closed due to pre-planned construction. One cooling center will open in Old Town to serve people who would normally seek refuge from the heat at the downtown library.

Depending on weather conditions, city and county leaders may open additional cooling centers or shelters. Earlier this month, the county and city opened two cooling shelters during a similar spike in temperature.

While the hot weather is expected to be short-lived, county health officials are urging people to check on their neighbors, vulnerable community members, and friends.

"Now is the time to invite that person to a movie or the mall, or an air-conditioned restaurant, or spend time in a local library," a county press release said. "Offer a ride to a cooling space for anyone who doesn’t have AC at home."