While the plan sets the city’s intention to respond to the climate crisis, critics argue that the plan is merely aspirational. 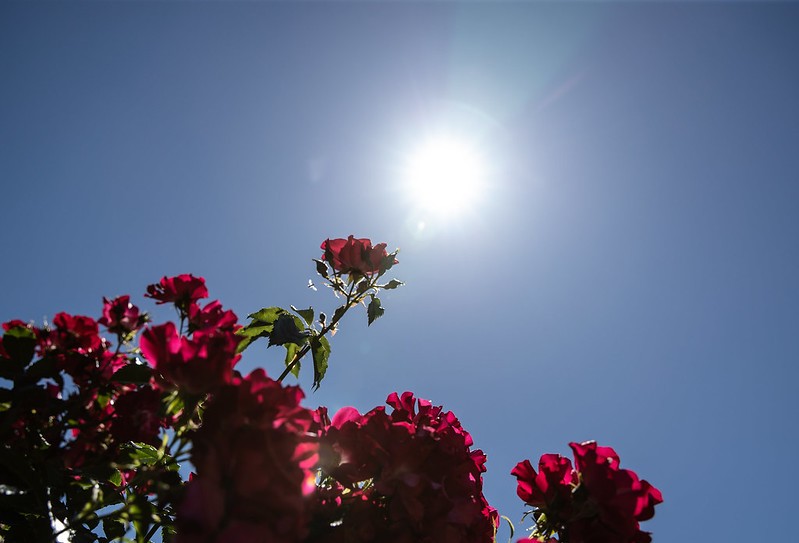 The Portland City Council approved the city’s Climate Emergency Workplan Wednesday, which guides Portland’s action against climate change for the next three years. While the plan was praised by some environmental organizations and leaders in the city, critics argue that the plan is just aspirational words without concrete metrics.

“The low hanging fruit is gone,” said Bureau of Planning and Sustainability (BPS) director Donnie Oliveira. “The next policy decisions and initiatives we take as a city are not going to be easy.”

Portland leaders declared a climate emergency in 2020, setting a goal of reducing greenhouse gas emissions by 50 percent compared to 1990 levels by 2030 and reaching net-zero emissions by 2050. The Climate Emergency Workplan, created by BPS, acts as a roadmap toward those goals over the next three years.

According to the work plan, the city should focus on efforts that reduce carbon from various industry sectors and activities, sequester carbon through trees and green spaces, and build resilience against the impacts of climate change.

The plan offers 43 suggested actions that would help Portland lower its carbon emissions and increase its climate resiliency, ranging from projects that are already in progress to ideas with no timeline or funding plan. Ongoing projects include shifting the city’s energy supply to completely renewable resources by 2030 in line with state goals, Portland Clean Energy Fund grant projects, and preventing food waste through the city’s composting service.

Future, less fleshed-out projects may include eliminating carbon emissions from existing buildings in the private market, replacing transportation funding that comes from the sale of fossil fuels with another revenue stream, and making low-carbon transportation options more affordable for Portlanders. A complete list of suggested actions can be found here.

If the priorities identified in the plan are addressed within the next three years, BPS staff predict that Portland could meet its 2030 carbon reduction goals.

Regional organizations and leaders like Verde, Coalition of Communities of Color, and Multnomah County sustainability leaders testified in support of the plan earlier this summer, while also noting that urgent follow-through is needed.

Members of environmental advocacy group Extinction Rebellion believe the plan is incomplete because it does not have metrics other than the long term emissions reductions goals or required timelines for when the actions need to be completed, other than existing state and federal deadlines. The plan also alludes to significant collaboration across all city bureaus in order to accomplish tasks like building denser, more walkable neighborhoods as Portland continues to grow. Extinction Rebellion members are concerned that the collaboration structure isn’t clearly spelled out given the city’s spotty history with cross-bureau collaboration, including the recent cancellation of nonprofit Friends of Trees' contract with the city due to a power struggle between the Bureau of Environmental Services and Bureau of Parks and Recreation.

“It’s like, ‘Trust us, we’ll get it done,’” Extinction Rebellion member Lynn Handlin said. “They haven’t done enough to earn our trust.”

Handlin noted that even when Portland had a budget surplus this year due to a surge in business revenue during the pandemic, the 2022-2023 budget dedicated less than one percent to climate investments. Portland has also recently rejoined the Interstate 5 Rose Quarter expansion project and endorsed the design for the I-5 bridge replacement project, which both add additional space for car traffic that climate activists believe will increase carbon emissions.

During a presentation of the plan to city councilors in July, BPS director Donnie Oliveira stressed that it is time for the city to stop getting stuck in the planning phase of addressing the climate crisis, and that the plan is the legwork required to “embark on action.” However, before the vote Wednesday, Oliveira said critiques about the plan not having enough specifics are premature because more planning is needed.

“While we heard loud and clear that there are specifics that are missing, it would have been premature to lay out those specifics, because each action requires and deserves a really thorough process to include stakeholders, appropriate allocation of resources, the long term investments in terms of capitol, and, frankly, making sure we have all of the people at the table needed to make the highest and best informed decisions,” Oliveira said.

A plan that goes beyond aspirations, according to Extinction Rebellion members, would include a goal of a specific percentage reduction of annual emissions and timelines for when the 43 actions would be completed.

While city council members acknowledged the need for more specifics in the plan, they widely praised the work plan as a strong action against climate change.

“It’s easy to see what the problem is and say where you want to go—the hard part is, how are you going to get there?” Mayor Ted Wheeler said before voting to approve the plan. “I believe, Commissioner [Rubio], that this plan you and your team at the bureau have put forward responds to the how and not just the what.”

The recognition from city leaders that more specifics need to be added to the plan did nothing to assuage concerns from critics. Diane Meisenhelter, an Extinction Rebellion member, is worried that as city bureaus start to embark on the actions to cut carbon emissions proposed by the plan, the actions will inevitably get watered down if they face pushback from the business community.

Strong actions against climate change in Portland have historically garnered pushback from the Portland Business Alliance (PBA), a powerful lobbying group representing over 100 businesses. In late 2020, BPS proposed a hefty tax on local carbon polluters as a way to incentivize businesses to reduce their emissions. The city tabled the proposal after pushback from the PBA in 2021, instead proposing a much smaller fee for airborne pollutants other than carbon earlier this year. The PBA also opposed the Portland Clean Energy Fund, the largest fund for climate-related projects in Portland, because it raises revenue through a one percent surcharge on large businesses in the city. The Portland Clean Energy Fund was created by a ballot measure approved by voters, not by city officials.

Local climate activists have recently taken aim at the PBA, labeling the lobbying group a “climate villain” because of its opposition to climate proposals and how much influence the group has within city hall.

“It’s embarrassing,” Meisenhelter said. “We’re supposed to be climate leaders. If we can’t do this in Portland, what hope do we have for the world?”