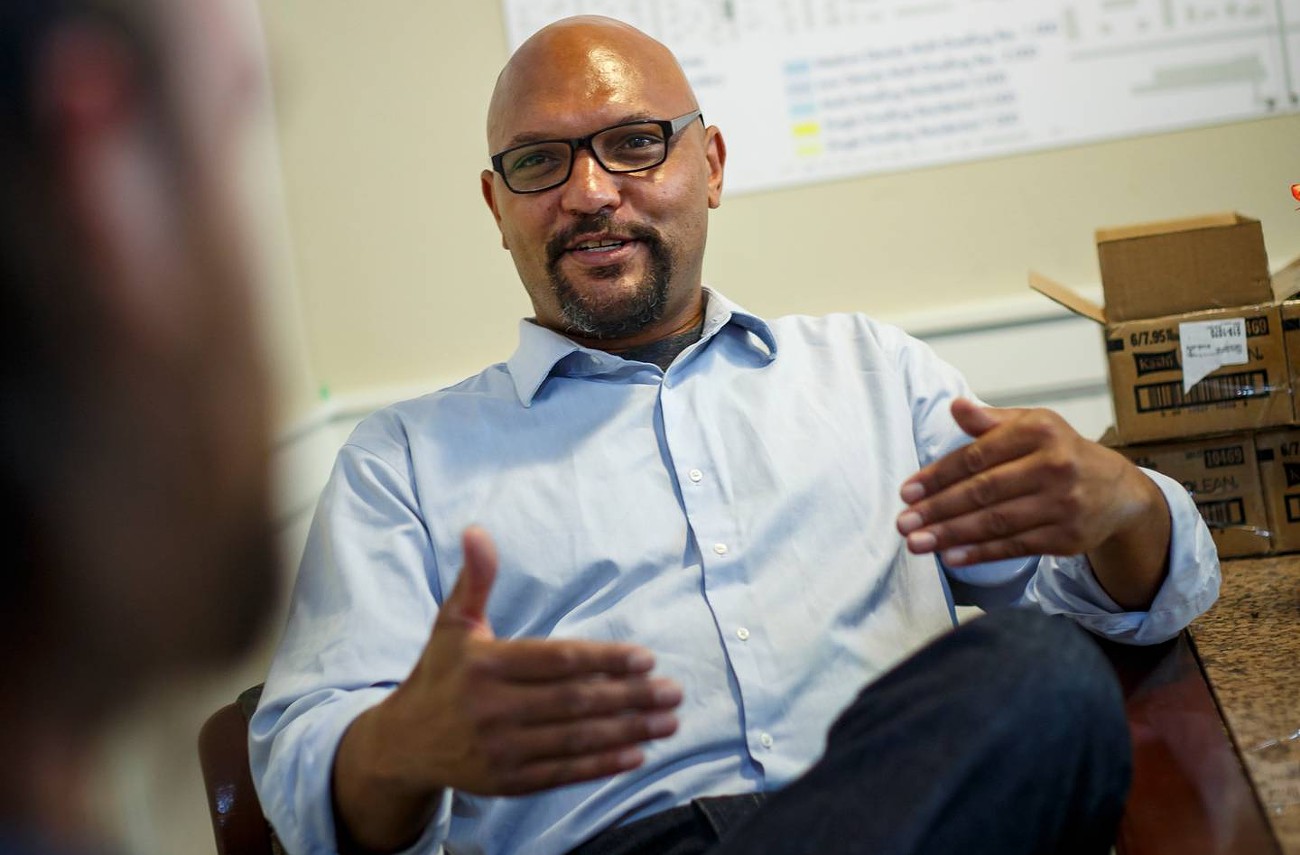 City Commissioner Mingus Mapps has released a much-anticipated charter reform proposal to serve as an alternative to the charter reform measure headed to the November ballot. The proposal, first reported on by the Oregonian, was shared with the Mercury Sunday.

Mapps chose to propose alternative adjustments to the city charter—via his political committee, Ulysses PAC—after learning of the changes included in Measure 26-228, the charter reform measure crafted by a City Council-appointed group of volunteers. Mapps and his supporters have raised concerns with specific ideas included in the measure, including a shift to four council districts each represented by three elected officials, a novel ranked-choice voting system that allows voters elect those three council members simultaneously, and the inability for the mayor—who wouldn't sit on city council—to veto a council vote.

Mapps' alternative proposal, which he says he will ask City Council to refer to the May 2023 ballot if Measure 26-228 fails next month, does preserve a number of concepts that are also included in the measure. Perhaps the biggest similarity is an interest in doing away with the city's outdated commission form of government, which has city council members managing city bureaus. Like the measure, Mapps' proposal makes policymaking the priority of council members, and hands bureau management over to an unelected city administrator, who is overseen by the mayor. Both proposals suggest the mayor prepares the annual city budget to present to the council. Mapps' proposal also suggests council members be elected by district—which the measure upholds. But that's where the similarities between the two overhauls cease.

Measure 26-228 suggests dividing the city into four districts and electing three council members to represent each district. Mapps' proposal, however, goes further to divvy the city into seven districts, each represented by a single council member. Mapps has previously pointed to the high cost of employing the measure's proposed 12 council members, and believes a lower number (like seven) may be less burdensome on the city budget. Under Measure 26-228, the mayor would be able to break tie votes on city council, but would not be able to veto policy passes by council members. Mapps' proposal does the opposite: The mayor would not serve as a tiebreaker, but would have veto power.

The proposal scraps the form of ranked-choice voting introduced by Measure 26-228 called single transferrable vote, which would allow candidates to win a seat on council if they won just 25 percent of a district's vote. Those who support this voting style, including numerous local civil rights and racial justice organizations, say the single transferrable vote method would allow for more underrepresented communities in City Hall to have a seat on council.

Opponents say the voting style is too confusing for voters to understand, and could make it more difficult to remove incumbent council members from office.

Mapps does flirt with the idea of ranked-choice voting, which would allow candidates to with with 50 percent of the vote. However, his proposal suggests introducing ranked-choice voting as a separate ballot measure, untethered to a vote on the structure of government.

If Measure 26-228 fails in November and Mapps' proposal wins voters approval in May, the city would start to see changes as soon as September 2023, when the city would hire its first city administrator, according to Mapps' plan.

Not everyone on city council shares Mapps' dissatisfaction with the November measure. City Commissioner Jo Ann Hardesty has accused Mapps of undermining the two years of work done by the 20-person volunteer commission appointed to research and propose changes to the city charter.

Mapps says his PAC's proposal is all about offering Portlanders a choice.

“[I fear] Portlanders will show up in November and say, ‘I’m mad as hell at the city and I don’t care about the details I just want change,'" Mapps told the Mercury in August. “I don’t want their fear, out of frustration and exhaustion, to drive them to embrace a highly experimental package of government reforms."

Recent polling has found that two-thirds of Portland voters are interesting in voting for Measure 26-228, with only 21 percent indicating that they'd vote against it. That same poll, conducted by DHM Research for the Portland Business Alliance and several real estate groups, found that 60 percent of voters would support an alternate proposal if the current measure were to fail.

Mapps plans on making his proposal public Monday morning, and will share more information on the plan at an afternoon press conference. The proposal comes two weeks before ballots are mailed to Portland voters for the November 8 election.

Portland United for Change, the campaign behind Measure 26-228, dismissed Mapps' proposal in an email statement shared with the Mercury Monday.

"After speaking for years about the urgency of changing our city's outdated form of government, Mapps now wants Portland to wait and endure our present dysfunction for longer," the campaign wrote. "He created his alternative behind closed doors and released it at the 11th hour in an attempt to undermine the work of the city's own Charter Commission. Mapps wants to give more power to the Mayor and deprive Portlanders of the meaningful representation they will get by voting yes on Measure 26-228 this November 8th."