Owner Merritt Paulson and president of soccer Gavin Wilkinson have been called out for covering up former manager Paul Riley's actions, protecting him, and impeding the investigation. 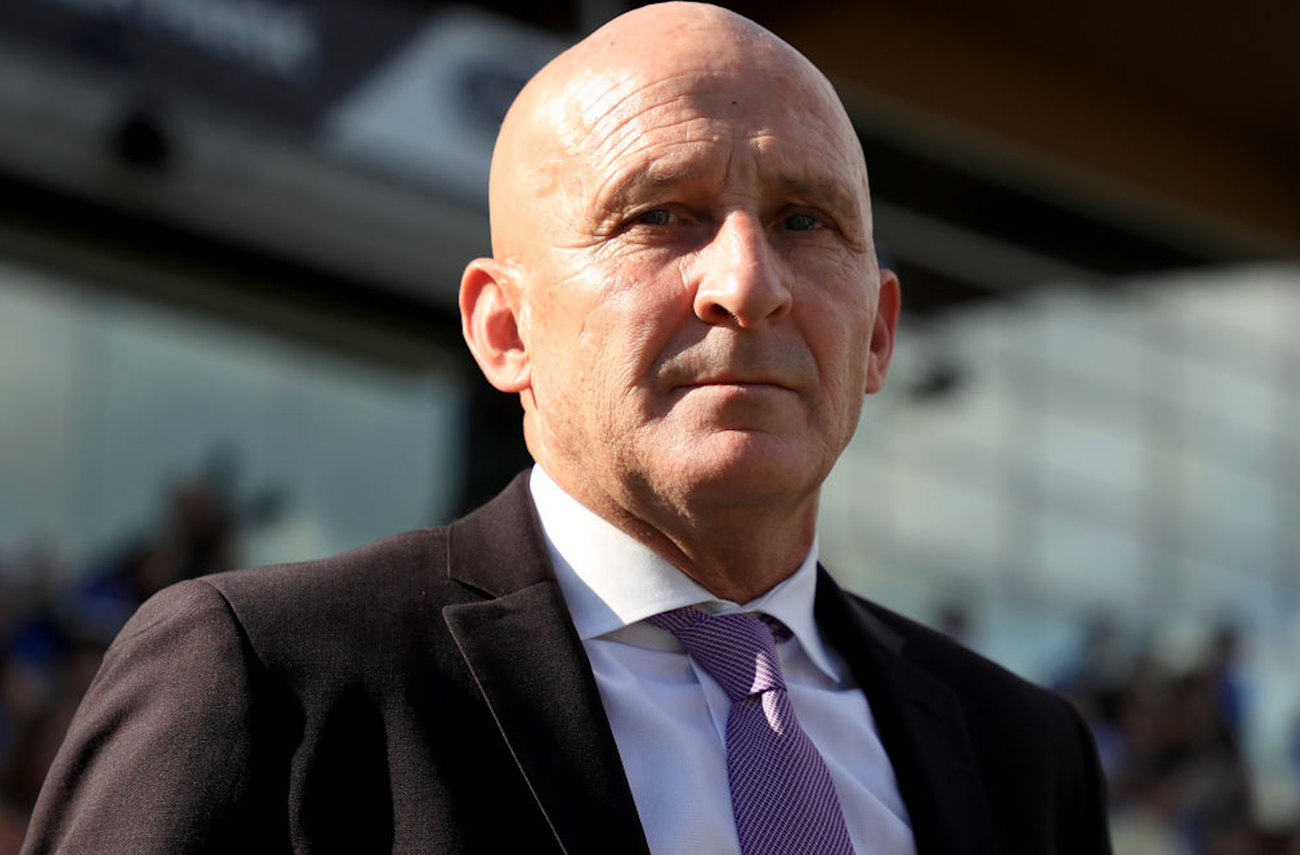 Portland Thorns owner Merritt Paulson and president of soccer Gavin Wilkinson enabled former Thorns manager Paul Riley’s abuse of their players and protected him in its aftermath, an independent yearlong investigation into alleged misconduct in the National Women’s Soccer League (NWSL) has found.

Top Thorns officials are also accused of attempting to impede the investigation commissioned by the US Soccer Federation and led by former US Attorney General Sally Yates.

As a whole, the report found that US Soccer, the NWSL, and its clubs repeatedly failed to respond appropriately to allegations of misconduct, and protecting allegedly abusive coaches instead of vulnerable players.

That was especially true in Portland, where Paul Riley coached in 2014 and 2015. Riley, who was one of the league’s most decorated coaches, was accused of sexual coercion, harassment, and intimidation by former Thorns players Mana Shim and Sinaed Farrelly.

A Thorns spokesperson said the club will release a statement responding to the report later in the day on Monday.

The Thorns fired Riley at the conclusion of the 2015 season after a complaint from Shim prompted an investigation into his conduct, but never disclosed the reason for his departure. This led the public to believe he was being let go because of the team’s on-field performance—a move that allowed his coaching career to continue.

It turns out that, according to the report, not disclosing the reason for Riley’s dismissal wasn’t the only way the Thorns leadership helped the manager following his departure from Portland.

In January of 2016, the Western New York Flash reached out to Riley regarding their open managerial role. According to the report, Flash general manager Aaran Lines spoke with Wilkinson regarding Riley, who allegedly “referenced only one incident with a disgruntled player but indicated that an internal investigation resulted in no findings of wrong doing [sic] against Mr. Riley…. His comment at that time was to get him if we could.”

According to former NWSL commissioner Jeff Plush, Wilkinson told Lines that “Paul ‘was put in a bad position by the player’ and he ‘would hire him in a heartbeat’.” Wilkinson and Lines’ relationship dates back to 2005, when the two were teammates on the Timbers.

The notion that the Thorns’ investigation found no evidence of wrongdoing against Riley is a bold assertion. Even though the Thorns found that Riley had not broken any law, the report stated that Riley behaved inappropriately, socialized with players while alcohol was involved, and likely breached the terms of his contract. It did not address Shim’s claims of sexual coercion or harassment.

“Paul’s contract was up when he left us and we didn’t renew it,” Paulson texted Courage owner Steve Malik prior to Riley’s hiring in North Carolina. “A technicality but a distinction.”

Paulson, like Wilkinson, spoke positively about Riley following his dismissal from Portland. In March of 2016, Paulson emailed Flash President Alex Sahlen to say, “Best of luck this season and congrats on the Riley hire. I have a lot of affection for him.”

Paulson then continued to exchange friendly tweets with Riley as late as 2020—at one point praising his managerial abilities. Paulson ultimately deleted those tweets and then his entire Twitter account earlier this year.

According to the US Soccer investigation, Paulson first learned of allegations of abuse against Riley as early as 2014, the manager’s first year in Portland.

That year, US women’s national team players reported to a number of top US Soccer officials that Riley “‘created a hostile environment,’ and ‘belittle(d)’ and ‘verbally abuse(d)’ players.” The investigation found that the feedback was reported to Paulson, who took no action.

An anonymous survey of NWSL players conducted that same year included comments that Riley was verbally abusive and sexist, but those comments were apparently not reported to the Thorns front office.

Wilkinson’s victim blaming, meanwhile, came just a year-and-a-half after he reportedly called Shim into his office to ask her to stop speaking publicly about non-soccer matters. Shim had come out as LGBTQ+ the year before.

Wilkinson initially called Shim’s account of the meeting “bullshit,” but then backtracked, stating later that while he “always intended to encourage players to speak freely on all matters,” he “clearly said something to Mana [Shim] in 2015 that made her feel differently.”

The 107 Independent Supporters Trust, a group that represents both Thorns and Portland Timbers supporters, demanded last year that Wilkinson be removed from the club.

Wilkinson was replaced as the Thorns general manager last year, but has retained his title as president of soccer and continues to serve as the Timbers’ general manager. The scope of his ongoing involvement with the Thorns is unclear.

The report contains a number of additional details of Riley’s alleged grooming and abuse of Shim and others, including regarding his intense focus on players’ weight and appearance.

That focus was significant enough to gain the attention of the Thorns’ head athletic trainer, who recalled reporting Riley’s “constant comments” about players’ bodies and weights to Wilkinson. The general manager only replied, “we’ll look into it.” Riley’s alleged focus on and abusive comments about players’ weight reportedly continued in subsequent jobs.

While the US Soccer report covers the Riley situation in significant detail, the report also contains other allegations suggestive of the sexism embedded in the culture at the top of the Thorns organization.

In 2013, for instance, former Thorns manager Cindy Parlow Cone alleges that the club’s president of business, Mike Golub, asked her, “What’s on your bucket list besides sleeping with me?”

Earlier this year, ten former club employees accused Golub of inappropriate workplace conduct and creating a hostile environment for women. Golub denied many of the allegations and kept his job; the club said that he was undergoing sensitivity training exercises. The Thorns declined to make Golub available to investigators for an interview.

Golub is not the only top official accused of making sexist and inappropriate comments to Thorns personnel. One player told investigators that when she would ask for things on behalf of the team, Wilkinson would jokingly respond, “Why can’t you just stop being a bitch?” Wilkinson denied the allegation.

Paulson, too, is accused of making inappropriate comments to players and attempting to discuss nude photographs of former US goalkeeper Hope Solo with one of them. Thorns management denied those allegations as well on Paulson’s behalf.

For all that the report includes, it does not touch on the club’s handling of a domestic violence allegation against former Timbers player Andy Polo.

Polo, a midfielder from Peru, was cited for grabbing his wife’s wrist after a domestic violence call in Washington County in May 2021. The Timbers knew about the incident, but did not suspend Polo and then extended his contract for another year. The club only terminated his contract after the allegations of abuse were made public in February.

In his limited comments about the club’s handling of Polo, Wilkinson was again accused of lying.

Wilkinson reportedly told a group of Timbers supporters at a town hall event in April that club legends like Diego Chará, Diego Valeri, and Sebastian Blanco criticized him in the aftermath of the club’s decision to terminate Polo. Valeri, who was playing in Argentina at the time, denied that he spoke with Wilkinson or any other club official about Polo.

The report covers egregious failures to protect players at other NWSL clubs and at US Soccer as well as in Portland. The Thorns were, however, one of only a handful of clubs called out for attempting to impede the investigation.

“Certain teams did not fully cooperate, notwithstanding public statements to the contrary,” the report reads. “The Portland Thorns interfered with our access to relevant witnesses and raised specious legal arguments in an attempt to impede our use of relevant documents.”