The policies would mitigate disproportionate impacts of the criminal justice system on noncitizens without creating more lenient sentences, DA says. 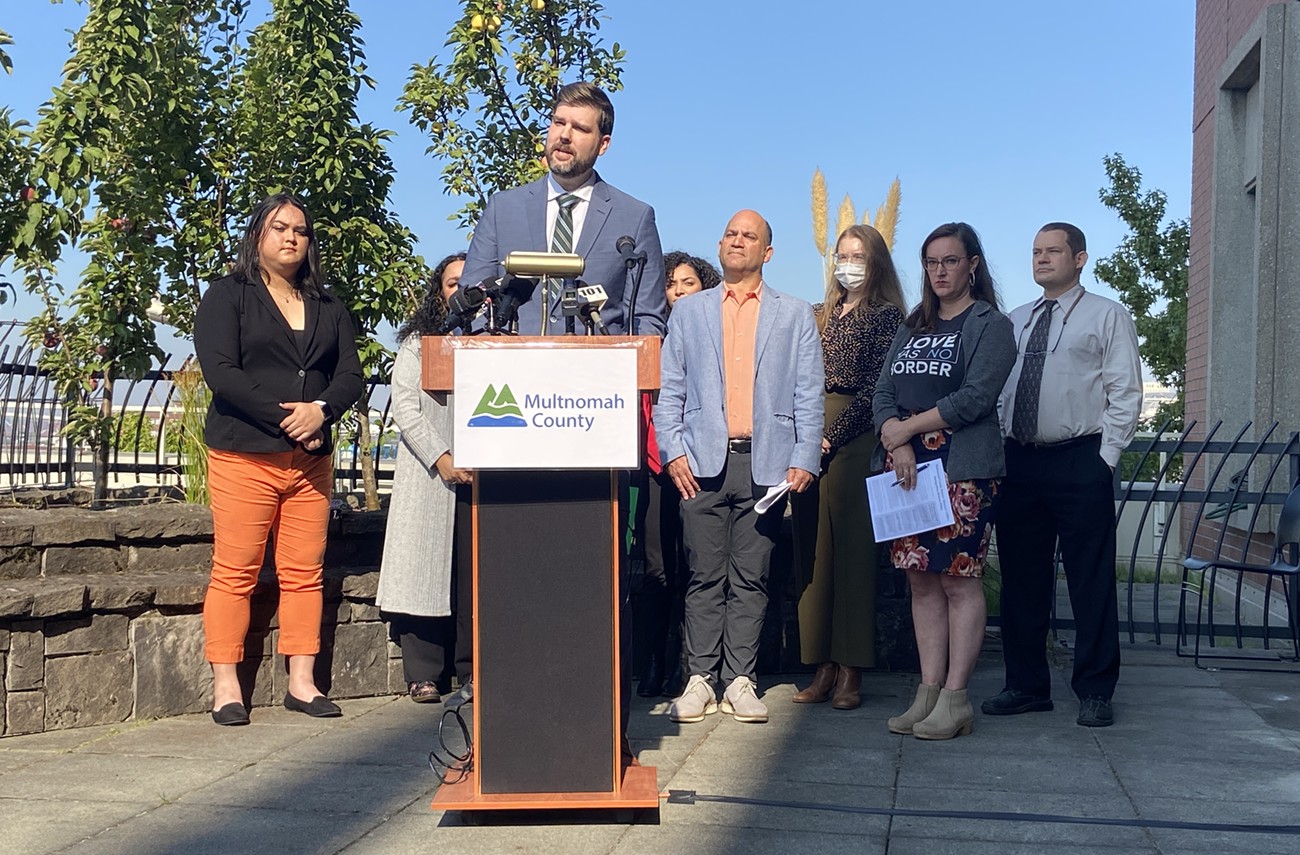 “These reforms announced today would not only promote reconciliation in Multnomah County, but they will also make members of our community safer,” said Tony DeFalco, executive director of Latino Network, at a press conference. “They would know that simply going to court for a traffic ticket or misdemeanor would not mean that their entire lives would be uprooted.”

Prior to this policy, immigrants could be deported and given lifelong bans for nonviolent offenses, while US citizens charged with the exact same crime would typically only receive a few months of probation. According to Schmidt, deportation as a result of engaging with the criminal justice system is a common consequence for immigrants in Multnomah County that offers little to no safety to the region.

“In this circumstance, deportation does nothing to make us more safe as a community,” Schmidt said. “Instead, it has the potential to break up families, threaten the local economy, and to propagate generational iniquities. These outcomes make us all less safe.”

Data shows that immigrants in the US contribute significantly to the national economy while also statistically committing less crime than US-born citizens.

The policy also prohibits the Multnomah County District Attorney’s office from sharing information with US Immigration and Customs Enforcement (ICE) agents and permits deputy district attorneys to reschedule or waive appearances to the courthouse for victims, witnesses, or defendants who believe they are at risk of being detained by federal law enforcement.

The policy reforms were developed over the past year in collaboration with Latino advocacy group Latino Network, Oregon Justice Resource Center (OJRC), and Portland Community College’s CLEAR Clinic, a free legal clinic. The policy was inspired by several other similar immigration reform policies in Colorado, Massachusetts, California, and New York. However, Multnomah County is the first county in Oregon to create an immigration-neutral prosecution policy.

Schmidt stressed that this policy doesn’t make sentencing more lenient for immigrants who commit crimes, rather it aims to create similar consequences for noncitizens and US citizens who commit the same crimes. Immigration judges can still consider previous crimes when making deportation decisions.

“Justice should promote equality, and as it stands now, not all Oregonians are given the same equal treatment under the law,” DeFalco of Latino Network said. “If the punishment for a crime for one person is a fine or community service, and for another it is separation from their family, then we are not supporting justice.”