by Matt Davis and Sarah Mirk

I assume this a metaphorical "show up"; it can't get much easier than vote by mail.
disastronaut on January 13, 2010 at 8:20 PM · Report this
2
California fell victim to the "no-tax-no-matter-what" crowd, and the result is now that state is a complete financial basket case (bankrupt, that is).

So, do you want Oregon to BECOME JUST LIKE CALIFORNIA?????? Well, DO Ya ... punk? Please Vote YES. Don't californicate Oregon!!

3
It is against the law for Oregon to run a budget deficit like California, we have to do one of those obscure things like run the state with the money we have.

4
I feel like an old fuck for writing this, but here goes:

It's hard for me to imagine a tax on high earners or businesses that young people WOULDN'T overwhelmingly support. That doesn't make them good ideas.

However: suppose we financed budget shortfalls by taxing everyone based upon their consumption (E.G. A FUCKING SALES TAX + a higher sales tax on "luxury" items), or we said, OK, we'll raise payroll taxes along a sliding scale, or raise taxes on unhealthy things like beer, liquor, cigarettes and fast "food."

I think it's beyond obvious that we all wouldn't be nearly so glib about the hikes (particularly the high-earner one) if we ALL shouldered proportionate and direct burdens for getting our state's finances in order. So, while I voted yes on both, it still really disturbs me that we've decided to solve this problem in such a cowardly and blatantly unequal way, politically.

7
..."Novick sat in our conference room next to a real raw chicken with McCormick's face taped to it on Thursday, January 7."

Hint: read the article.
disastronaut on January 15, 2010 at 7:40 PM · Report this
8
http://www.facebook.com/group.php?gid=3135…
Ryan McCarrel on January 16, 2010 at 10:03 PM · Report this
9
@CC: The people I know who make more than $250k/year are voting yes on this as well. Their point is that they wouldn't be able to make that much money if we didn't have good schools, and they wouldn't be able to keep it from getting stolen/not have to spend it on private security guards* if there isn't a functioning judicial system. You are right, this tax isn't perfect, but taxes are almost never perfect.

*In third world countries where there isn't enough police, the rich just hire their own security. And the security just beats up anybody that gets close, cause it isn't like the police are going to stop them and it works, (for protecting their client, not nearly as well for the people that get beat up.) Think Blackwater: Mercenaries do very well at protecting people, even in the middle of war zones. However, that sort of security is more expensive than what most people pay in taxes (total: Fed, state, local) right now.
BobTheJanitor on January 16, 2010 at 10:23 PM · Report this
10
If tax increases happen for businesses, they will just pass it on to the consumer. No matter what, you and I will pay more.

It's that simple. It's just a matter of who gets the check first.
phuffstatler on January 17, 2010 at 9:30 AM · Report this
11
I think the majority of people fail to realize that if businesses were to get taxed more, they would just pass on the cost to the end consumer. So we ALL get affected by this one way or another. The Oregonian wrote a few weeks ago that such a tax would kill off 4,000 jobs, a number that many economists dont seem to regard as being significant. However, thats 4,000 people PLUS their families that will be in need of state financial aid...food stamps, unemployment insurance etc. The money to fund such welfare comes DIRECTLY from our pockets which means that taxes will have to be raised on the overall population of Oregon to fund 4,000 people who are unemployed.

This is one of the reasons why the Consitiution makes the taxing of private income UNLAWFUL.
on January 17, 2010 at 11:43 AM · Report this
12
Would you expect Obama to be a guest on "Hannity's America"? Cheney to go on Rachel Maddow? It's SOP to decline an interview in which you know you stand little chance of changing anyone's mind.
CH on January 17, 2010 at 1:42 PM · Report this

13
hey commenty colin, a tax on the people with the money sounds completely fair to me. in actuality, a sales tax is unfair to the poor.
"Equality is the point of this idea. The current sales tax is unequal in the worst possible way. Because poor people have to use nearly all of their income to pay for food, clothing, etc., nearly every penny they earn is subject to the sales tax. On the other hand, a wealthy person puts a large proportion of his income into savings accounts, stocks, bonds, etc. This proportion of his income is not subject to the retail sales tax. The net result is that the poor end up losing a much larger proportion of their income to the sales tax."
harrypotter on January 17, 2010 at 3:36 PM · Report this
14
> ..."Novick sat in our conference room next to a real raw chicken with McCormick's face
> taped to it on Thursday, January 7."
>
> Hint: read the article.

I did, I just thought they were being funny, because no one would be that petty and stupid, right?

Awesome way to prove the doubters wrong Merc. You guys are a regular 60 Minutes.
merc_crem on January 18, 2010 at 10:38 AM · Report this
15
merc_crem: that's a cardboard cutout of McCormick's face tied to a real raw chicken.
Bub on January 18, 2010 at 3:39 PM · Report this
16
Alurbase: Many more than 4000 jobs will be lost if these measures fail. Why? For starters, Oregon will miss out on nearly a BILLION dollars in matching federal funds. There will be mass layoffs of teachers as school districts slash budgets. College tuition will go WAY up, forcing a lot of students to abandon their educations, which in turn will cause more layoffs in the community college & state university systems. Unemployed workers will have to pay state taxes on the first $2400 of their unemployment benefits, creating more hardship and stifling demand. Result? Less jobs.
Plus, the Oregonian is a lying shit rag: its owner, Steven Newhouse, an out-of-state multi-millionaire, simply doesn't want to pay his fair share of taxes, despite all the benefits he derives from the state's infrastructure & educated workforce. I wouldn't believe his OBA-supplied stats if he paid me to.
In sum, if the people in this state are too stupid (or lazy) to support this modest, targeted tax increase on those few who have prospered obscenely well during the past 3 decades, then they deserve to live in a hellhole like California has become.
Bub on January 18, 2010 at 3:52 PM · Report this 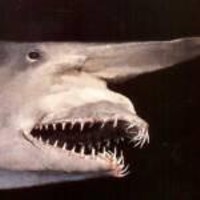 17
CommentyColin: You don't sound like an "old fuck" you sound more like a "rich fuck".
itsmissbeers on January 19, 2010 at 12:41 PM · Report this
18
67 is being portrayed as a tax that is imposed only on wealthy corporations, but it also taxes middle class folks who happen to make money (or not) through owning an S Corp or LLC. I have two s-corps and will see my taxes go up by a total $280 and my filing fees by a total of $150. I have an employee who earns extra income in the evenings and has that side business set up as an LLC. Under 67 her costs will go up by $200. I have a part time employee who has an LLC set up for a business he is trying to get going. He has no sales. His costs would go up by $200 under 67. None of us is rich and none of us would fall under the increases imposed by 66. But we do get trapped by the increases in 67. As for raising prices to cover these costs, easier said than done. Last year because of the recession the sales at my main business were down so much and profits were impacted so much that after 20 years I dropped employee health coverage. I have not decided how to vote on these measures but every time I see an ad proclaiming that the evil corporations are only paying $10 I get a little closer to filling in the no box. Why might I vote yes you might ask.....a couple years ago the state legislature was talking about raising the minimum to $750. At least if it is raised to $150 the proponents can stop harping about it not going up since 1931. By the way the personal income tax minimum is $0.00 and has always been that. How about a minimum there????

mh3 on January 19, 2010 at 3:40 PM · Report this
19
Hello Bub - Is it REALLY the responsibility of private businesses to pay for the lack of fiscal responsibility Oregon has? Is this how America rewards people who work hard, build wealth, and provide employment for others?

Colleges will have to slash their outrageous tuition fees and offer more reasonable rates that college students can afford without being hundreds of thousands of dollars in debt when they graduate. Why do you support the subsidizing of college education when colleges are a PRIVATE entity? Unless of course, you support crony capitalism. In a free market, government subsidies and bail outs DONT exist. Those who made bad financial decisions, fail, and those who were responsible, stayed out of debt, succeed.

Let public school systems restructure their methods of educating children in a more efficient, sustainable way. Schools are having to constantly lower their standards for passing children. They do worse than kids from poorer countries that spend much less money on education, ranking behind Belgium, Poland, the Czech Republic and South Korea. Take a look at Belgium's unified school system that turns out higher quality students because their government DOES NOT SUBSIDIZE education. Instead, the teachers answer to the parents' wants for their kids. The better Belgian teachers teach, the more parents would want to spend money on their particular school.

The wealthy are subject to pay 40 percent of what they make a year. They are leaving the U.S. in ever increasing numbers, and as they leave, that 40 percent tax revenue base that we have, will dramatically shrink. This is the exact problem New York is facing today, half a billion of their expected tax revenue from the wealthy is missing. And just WHO will be made to fill in this 40 percent tax revenue gap? Why YOU and ME of course. The very people that the government is trying to help will be the first ones hit.