1
"Seventy-seven percent of bike riders and 52 percent of drivers told researchers they felt safer thanks to the boxes, in part because the green boxes make motorists more aware of bikes in general. "

Anything that raises awareness among motor vehicle drivers that they share the road with cyclists is a good thing. I applaud Sam Adams and anyone else who supports greater cyclist awareness among drivers of motor vehicles because it results in cyclist safety.
fuzzle on January 28, 2010 at 10:21 AM Report this 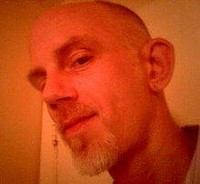 2
Nice article, Ms. Mirk.
"The change in conflicts is not significant because there were so few conflicts before and after,"

"...because there were so few conflicts before...", uh? This is exactly why bicycle riding in Portland has become so political. These bike-boxes are beyond unnecessary from a safety stand-point, even Dill, an expert, has to concede this. Mostly 'cause she just did. If these aren't improving safety then it is logical for me to conclude that if they are still there, why? Another commenter points out the real reason: To send a message. What message? I've been car-free in this city for 25 years. The 201 zip-code is my residence for that whole time. I've skidded down these streets on my arse more miles than Dill and her ilk have ever even ridden a bicycle, and I'm still here. I think it's perfectly fine out there. As do many of my peers. So what message are 'we' sending? What message are 'we' sending with tax-payer money? Since when is MY government in the business of sending any messages to anybody? I pay them to run my city, not to tell me how to live my life according to a Church of Green mandate.

These bike-boxes went down to address a problem with right turning motorists. The problem with right-turning motorist was caused by Dill, Roger Geller, Greg Raisman, the BTA, the BAC, PBOT et al, and all these other morons painting their stupid little useless bicycle lanes all over the place. These absolutely useless lanes route cyclists closer to car doors than previously, and also trump a very good law in some places (ORS 811.065), and above all, ROUTE CYCLISTS PAST THE RIGHT HAND SIDE OF RIGHT-TURING MOTORISTS.

So, dangerous, unvetted infrastructure was installed to 'send a message'. Was that message meant to kill Tracy Sparling, and Brett Jarolamik? 'Cause it did. Is that the message I'm supposed to get? To capitulate my three decades of personal judgment, and let the idiot clergy from the Church of Green make my personal-safety decisions for me?

Plus too, who effing cares what Dill's studies find? I hate 'surveys'. They're completely unscientific. Humans can't be trusted to relay accurate info about anything. How do we know Dill didn't just go out and question a bunch of people on bicycles about their thoughts? Oh that's right. She 'says' she didn't in the foot-notes. Puh-leeze!! How do we know that her Church of Green bias didn't show up in her work? We don't. We should be listening to stake-holders, and experts like me, when it comes to traffic planning, but we don't do we? Why?

Because there are messages to be sent. Good-gravy.

Man, it is so past time to, force-ably if necessary, to extricate our city government from the evil clutches of the Church of Green!
Vance Longwell on January 29, 2010 at 9:12 AM Report this

3
the problem the green box tries to address is the right hook. the right hook does not occur if a cyclist is not riding to the right of a motor vehicle that might turn right. where a cyclist "should" ride in approaching an intersection is far enough into the travel lane that it would be a simple matter to come around to the left of a right-turning motor vehicle. the infrastructure PBoT is putting down, including these boxes, actually direct cyclists to ride to the right, inside the right hook. the only possible benefit of the green box would be during the red signal phase, as cyclists would overtake stopped motor vehicles and assemble in the box, front and center. cyclists in what dill and monsere acknowledge was not a scientific survey tended to stay to the right, even in the green box. in trying to count "conflicts" before and after the boxes were put in, dill and monsere are hobbled by the fact that their video does not clearly indicate when the light is in the green phase.

http://taking-the-lane.blogspot.com/2010/0…
rawillis3 on January 29, 2010 at 6:32 PM Report this
4
Green boxes are well worth their price tag, even if they don't make bikers an iota safer. Portland's City Council is determined to encourage bicycling, and to do this they must ensure that potential bicyclists feel safe on the road. If over three-quarters of bicyclists feel more safe with green boxes, then the boxes help to foster less stressful and more enjoyable bicycling experiences and strengthen Portland's bike culture.

Also, if the majority of drivers feel more safe around green boxes, then the boxes help ease tension between motorists and bicyclists. Obviously these are pretty abstract benefits, but given the boxes' comparatively low costs they seem to be worth every penny.
Austin A. on January 31, 2010 at 12:42 PM Report this

5
i actually disagree that making cyclists "feel" safe is a good thing in itself, and especially if the reality is that the danger has been increased. if you tell people to ride to the right of traffic that might turn right, and then a couple people get killed, and then you put in a green box that accomplishes not much, but cyclists "feel" safer, then you are lulling them into riding to the right of traffic that, um, might turn right. what is needed is a very clear message to all road users that cyclists are entitled to, and should, take the lane.
rawillis3 on January 31, 2010 at 2:46 PM Report this
6
A mass of machinery capable of insane speeds is the issue. Physics dictates. The blindness to the absurdity of thousands of pounds of deep earth formed and manufactured to move one or a few people through a city amongst pedestrians and cyclists, well, you do the math.
inknbeans on February 2, 2010 at 12:27 AM Report this
7
Keep cars and bikes separated or lower the speed limit for all when they are mixed. I have to agree that bike lanes and bike boxes offer a false sense of security. They direct you along parallel parked cars that may door you at any moment on one side and speeding traffic on the other. I was right-hooked just last week on Hawthorne in a bike lane at a green bike box at a green light. I survived and I'm going to be sticking to the non bikelaned side streets whenever possible. I think Clinton is a great example of how bike infrastucture should be planned.
koydm on February 2, 2010 at 10:54 AM Report this
8
I question the results: Just because the study says the results aren't statistically significant doesn't say the results are not there, what it says is you need a bigger study. That one was tiny.

And of course, people need to learn to leave the bike lane when they need to. For instance, there are construction signs in Broadway bridge ramp bike lane right now. I see people try to hug the signs, I just take the lane. And I don't take the right side of the lane or anything, I ride down the center: There isn't enough room to pass, and I'm not going to imply otherwise. (It helps that it is downhill.) Likewise I think the bike boxes work if you know how to use them, if you hang out on the right hand side of the bike box that isn't very useful, hang out in the center, directly in front of the driver.
BobTheJanitor on February 2, 2010 at 4:55 PM Report this 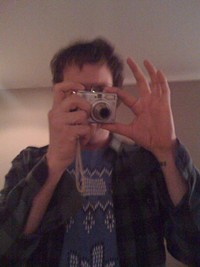 9
How the fuck do you spend a quarter of a million dollars on some green paint for 14 intersections? Maybes they should contract out the work to some of the many unemployed in portland for a fraction of the cost instead of paying some state salaried fat ass to do it
jfk on February 3, 2010 at 3:07 AM Report this
10
[COMMENT DELETED: UNNECESSARILY ABUSIVE/THREATENING LANGUAGE.]
luckybulldog13 on February 3, 2010 at 10:35 AM Report this

11
It costs $250,000 to install a traffic signal!?!?!? Why is it so expensive????
Those green blocks do help, but it doesn't always work for the asshole drivers. I've gotten bumped twice on NW Everett and 16th, and both times, the driver ignore the green block and stops entirely within the green block trying to make a right turn, almost hitting me. Maybe they should make the green block longer, that way the driver will see the obvious green color and think to stop.