Help Is on the Way... Perhaps

1
The idea that a subacute facility could have prevented Chasse's death is absurd. The subacute facility will only help people who are willing to accept help. It's about being at the right place at the right time. Those people are already being treated at a hospital, community mental health center, respite facility, or the walk in clinic.

Take it from an insider--the subacute facility is being designed for one thing and one things only--to save the county money because they can pay less for beds at subacute than beds at a hospital psych unit. Yes, it will treat some sick people. But mostly it's going to be used up by the same attention-seeking, drug-seeking and 3hotsandacot-seeking people but at a lower price to the community. So I say yay.
spartacus on May 20, 2010 at 9:44 AM · Report this 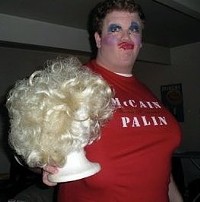 2
16 beds is a laughable number, and a week maximum stay is silly to truly deal with the number and far reaching effect that adults with mental stability issues have in Portland.
matthewstr on May 20, 2010 at 1:51 PM · Report this

3
The questions are simple: Would this facitity have prevented the Otis shooting? The Jackie Collins shooting? The Aaron campbell shooting? The Beanbag girl beatdown? The [insert beatup mentally ill person here] beating?

Nope - but pay no attention to the mentally ill people behind the curtain! Look at the fancy new building! Isn't it shiny?
Number Six on May 20, 2010 at 5:33 PM · Report this

4
number 6--have you seen hooper? a fancy building? your ignorance is shocking. As long as Portland keeps drinking the liberal koolaid and demanding more help, more help, more help..like it's some kind of simple equation where the mentally ill are the good guys and the police and the providers are the bad guys...nothing will change. Bean bag girl, for instance, is more a victim of lousy parenting and a culture of solving your every irritation with violence and verbal abuse than she is a victim of the police. But of course, she's a minor with a "mental illness" so all of that stuff will stay secret from the court of public opinion while she becomes a mascot for the bleed out agenda.
spartacus on May 21, 2010 at 11:01 AM · Report this
5
spartacus - The mentally ill are victims of police violence. People who should be detained and taken to a mental health facility (or assisted by EMTs at the very least) are instead brutalized by the incompetent and incredibly aggressive police department.
Responding in such a violent manner to people in need of help does make the police the "bad guys". There's no other way to see it.

You're building quite a poor strawman argument with all this talk about "culture". Want to talk about culture? Riddle me this: does police brutality contribute to violent culture? You compare "verbal abuse" to murder.

Keep on blaming the victim, asshole. Maybe one day you'll get shot by the cops over nothing and will finally understand who the real threat is.
funemployment on May 23, 2010 at 12:18 AM · Report this
6
Chasse was one of the 100s of chronically mentally ill on the streets downtown. He died because he ran away from police when he got scared and the police chased him, after catching him reportedly pissing against a wall downtown. A thousand bed facility wouldn't have changed that circumstance.

A 16 bed facility will fill in 30 minutes, evidently once a week. If it is to include people on county NMI or MHD "holds", it will just be another temporary drop off site in lieu of something a few miles further away. The police are dropping off dozens of the mentally to PDX hospital ERs every day unharmed. The ill get "held" for a day or two and the county perfunctorily drops the "hold". There is essentially no civil commitment in Oregon any more, so there really is no point in court hearings or commitment; there is no place to which to commit anyone. That was arranged in Salem State Capitol long ago.

The State itself has gradually gotten out of the business of last-option-care for the mentally ill over the past 30 years. As well, the courts abhor involuntary treatment of any kind.

Who's to blame? Everybody is guilty and innocence at the same time for this return to a sort of medieval intolerance and neglect for the mentally ill. In time, after enough carnage, the populace will awaken, the State will begin building hospitals again 20 miles outside the city limits, civil commitment will reappear, and the pendulum will swing back. Sadly though, the carnage will likely have to include the deaths of innocent citizens without mental illness, as the deaths of the mentally ill have always been ignored.
Peucellier on May 25, 2010 at 8:06 PM · Report this