1
ABSOLUTELY NOT! This mega-church should NOT be allowed in Portland! They should be fought every single step of the way.
DamosA on September 7, 2011 at 10:14 PM · Report this

2
Agree w/ DamosA...Driscoll is an ignorant wuss who projects his insecurity onto others...he's like the latest model of a Christian Bot, regurgitating old errors into this new 21st Century context

This is not a 'church'...a church is a small (usually 3-150) group of likeminded Christians who meet in THEIR LOCAL NEIGHBORHOOD

And that's just the organization...I don't have the space in this box or the inclination at this hour to elucidate all the doctrinal, logical, and factual errors in Mark Driscoll's teaching.
jeffersonhuxley on September 8, 2011 at 9:48 AM · Report this
3
Uh-uh. Do we use THEIR tactics against them? Doing so makes us no better than them. And where do we stop using THEIR tactics? Slippery slope, people.

Mind you, I do NOT advocate embracing them, although if you're a true Christian, that's exactly what you should do. Nor do I advocate letting them actively prevent or interfere with our public and private affairs. That's what the courts are for, remember?

Having said that, I suggest you look into your own hearts and ask yourselves: do I want the same kind of taint on my karma/soul that they have on theirs? If you believe in Hell, do you want to share the same Circle of Hell with them?

Yeah, it's tempting to kick a little fundie ass. I've been tempted myself. When I was younger, I might cheerfully have considered crashing one of their sermons wearing nothing more than body paint, lots of glitter and a big smile. But that kind of shit plays directly into their hands. Instead, I'm kind of tempted to call up a few of my trans friends and go to one of their services and pray with them.

I know this much is true: it's what Jesus would have done.

Michelle Diane Rose
author, student and out&proud trans woman
on September 8, 2011 at 4:50 PM · Report this
4
I say, kick alotta fundie ass! Seriously, fuck these people. And how typically chickenshit of this church to NOT return phone calls for this article. These bastards have nothing to say for themselves, b/c they KNOW they're in the wrong! I really hope that the good people of that neiborhood put up a Hell of a fight!
DamosA on September 8, 2011 at 6:26 PM · Report this
5
You can't equate sexual preference with level of sexual promiscuity. Its a tired sexual stereotype that because a place is seen as sexually promiscous, it is an attack on homosexuality. Lets be positive Portlanders and see this as a chance for us to get to know each other, rather than a prelude to anti-gay prothelytizing.
on September 8, 2011 at 11:20 PM · Report this 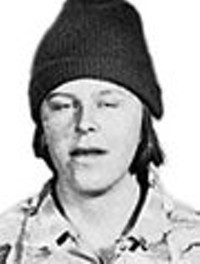 6
Oh good. Those numbtards are finally expanding south. Maybe they'll just keep doing that and end up in Tierra del Fuego. We've had our fill of their "masculine Christian," pseudo-hipsterish, cult-o-rama freakfest up here in Seattle. Be sure and point out to them the many on-ramps to I-5 south. Ish.
Ron on September 9, 2011 at 10:48 AM · Report this
7
An interesting coincidence is that there is a Calvinist-evangelical Mega-church in Michigan also called Mars Hill (the Seattle Mars Hill is rigidly Calvinist) whose pastor, Rob Hill, has made waves with his bestselling book "Love Wins" in which he argues that God does not condemn people to eternal torment, that indeed people have an eternal choice of whether to turn toward Love and heaven. This is a theology essentially 180 degrees opposite of the Seattle (and now Portland) Mars Hill Church, who believe that you will burn in eternal conscious torment if you die without having accepted certain specific stipulations about who and what Jesus was, and what does and does not constitute "sin".
http://uuworld.org/ideas/articles/186464.s…
danreedmiller on September 9, 2011 at 9:52 PM · Report this
8
Wow this church is going to have to bring it's "A" game to compete with the hate and vitriol found here.

Props to Currie for doing the right thing. ACLU will be next to step in.

BTW can someone explain why the hell painting a street intersection is out of sync with church values?
WTF who writes this shit?
on September 9, 2011 at 10:03 PM · Report this
9
After some more thought, I have realized that if we are to protest this church or rather to attept to get them to leave, how would this be different than attacking the religous freedom of Muslims or any other denomination?
I mean, are not Muslims pretty anti-gay too? And their attitudes towards women are pretty terrible in certain mosques, right?
Now, I am certainly a non-religous person. I like what Stephen Hawking said: "Religion is for those who are afraid of the dark".
If this was a Mosque speaking an anti-gay message coming in would liberal Portlanders be up in arms?
I admired Obama for the wisdom he showed when he was OK with the Mosque in NY, despite the calls against it by so many.
I think we have to follow his example on this here locally, no matter how much we hate the message.
I just wish we could tax his ass.

frankieb on September 10, 2011 at 7:27 AM · Report this
10
"After some more thought, I have realized that if we are to protest this church or rather to attept to get them to leave, how would this be different than attacking the religous freedom of Muslims or any other denomination?"

11
@PDXHaters - Because a mandala is a Hindu and Buddhist religious symbol, not a Christian one, dumbass. You'd understand if the article said the neighborhood seemed out-of-sync with a Christian church because 'it had a menorah in every window,' right?
Reymont on September 13, 2011 at 2:59 PM · Report this
12
@Reymont - you make perfect sense. I am sure everyone who participated in creating the mandala was doing so to only express there deeply held Hindu or Buddhist faith. Likewise I am sure that everyone in the neighborhood who celebrates Christmas will be attending the Mars church, ' right?
on September 14, 2011 at 11:44 AM · Report this

13
@PDXHaters....you haven't seen any vitriol yet

I AM a Christian...and the only time Christ used violence in the Christian Bible was to drive hypocrites and moneychangers out of the Temple....case closed

Obviously, if they were in any way trying to do right, they would have talked to the newspaper and done more all around to be respectful...no debate here

Driscoll and his ilk are NOT STARTING A CHURCH...i'd actually like another real church...IT IS A SPIRITUAL-BASED COUNTRY CLUB

NOT WELCOME!!!
jeffersonhuxley on September 15, 2011 at 8:00 AM · Report this
14
How are they going to find a congregation in that neighborhood? Are they shipping in fundies from the 'burbs? I can't imagine, it'd be like holding KKK rallies in a predominatly black neighborhood. As much as it pains me, I agree with the whole "be the better person" vibe... but if they start lashing out at the neighborhood and the queer community, put me down for a kiss-in. Freedom of speech and religion are non-negotiable, but that doesn't mean we have to open ourselves as a community to hate-speech.
nibbler83 on September 15, 2011 at 4:22 PM · Report this
15
Ugg monopoly for you to explain. A pair of Ugg Boots Canada boots woven wool hook, it is up to people's king of street, Whether it is dressed in colorful skirts stirred Uggs Canada lovely lines, or mix and match pants with tight tannins sweet personality, or mini shorts color tights and Uggs Jimmy Choo cute style, all are ultimately woven wool hook trace of snow boots! Furry UGG boots, has a special soft texture, and easy to Jimmy Choo Uggs wear off, so you dating or in a hurry to work the day which can take casual wear, ugg Ugg Classic Tall monopoly commitment to you, put the boots light and comfortable you can go out. Square patch Tall Uggs sewn through the straps of the hair bulb, is a lovely national system modeling Supra Shoes UK chocolate ugg boots, super-warm double-layer fluff Gun side, covering you from Supra UK the inside of the legs, sweet worn, will Fold down the upper fur, feeling the whole weight greatly Supra Society increased, ViVi is one such girl to wear, with a mini or skinny pants lower body coordination is the Supra TK Society sense of this year. Ugg boots 5804 chestnut full use of advanced dual-cow suede material made of suede surface texture of Supra Muska Skytop dense, fine hair to soft, brushed fabric is different from the market of cheap UGG boots 5804 snow texture, really Supra Skytop put on boots with a low tube, easy to wear off in a hurry you dating or casual wear to work.
Uggs Canada on September 20, 2011 at 5:32 AM · Report this