As a former bus driver, my main complaint about pot is that I wish people would shower and double bag if they plan to use public transit. That's a pretty minor complaint compared to my feelings on Crack users and "Meth Heads", or the people who pass out from opiates. In fact, it's pretty minor compared to the smokers who start to get on the bus with a lit cig, or the many MANY people who try to sneak open alcohol on the bus (if you feel the need to drink on a bus, I would suggest that City Hall is a nice warm place that is actually less illegal to drink in - right, like your reading this). So I'm not so sure we need to be worried about the amount of MJ in our criminal justice system.
phizzi on May 3, 2012 at 2:16 PM · Report this
2
"ANY drug that might influence behavior"...Were any of the arrestees evaluated for alcohol use, then?
ailbhe on May 3, 2012 at 11:09 PM · Report this
3
THE LAST COMMENTER IS A STONER!
on May 4, 2012 at 2:10 PM · Report this

4
Figures are hardly surprising, given the millions of people that smoke weed in the US and the fact it stays in your system for a month. You pretty much have to be ON drugs when you test positive for the other ones.
disastronaut on May 4, 2012 at 4:50 PM · Report this
5
I thought when you were incarcerated, you LOSE your rights? So, we're supposed to feel sorry for inmates being tested (voluntarily) for drugs twice a year? I don't get it. What's wrong with that? What's next Mercury? A story about how prisoners have lost their rights to travel where they want to, cross state lines or go overseas? Oh my god! Prisoners are not allowed to leave the jail! It's a violation of their civil rights! I don't really mind if prisoners get tested for drugs while INCARCERATED. Sheesh.
Captain Amerigo on May 5, 2012 at 7:33 AM · Report this
6
Here, here for ^Captain Fascist^ whose's under the very strange and utterly bizzarro world presumption that you AUTOMATICALLY lose all rights just b/c you get incarcerated, and that drug-testing in jails really is "voluntary".

I suppose he's also totally fine with the fact that inmates are routinely raped - sometimes by guards - that even in the booking process, arrestees are often beaten and maimed. Sometimes, killed.
DamosA on May 5, 2012 at 11:04 AM · Report this
7
Whoa Dapoo-poo... what kind of mind goes from "This guy is pro-drug testing in jails" to "this guy loves prison rape"? You're a sick puppy, man.
So, explain to me what the solution is to the illegal drug trade in prisons and jails? You know there's drugs behind bars, you know some of these inmates get violent while on drugs. Just like out of jail, once some of these prisoners are under the influence of an intoxicant, they become violent. So, how does the jail or prison enforce THE LAW? THE LAW says drugs are illegal. THE LAW says that drugs are illegal in prison or jail. How do we solve the problem, hippie? I bet you the most violent murderer meth head doesn't even know there are idiots like you out here defending his drug use. Do you think he'd thank you? What would you say if he needed a place to crash for the week? Would you open your door to him? No, you wouldn't. Hippies like you, who defend criminals illegally using drugs in prison or jails, would shit your pants if you came face to face with said drug users. Why don't you go fuck a rainbow, you damn hippie.
Captain Amerigo on May 5, 2012 at 4:44 PM · Report this
8
Hey Cpt. Amigo, make up your stupid little pea-brained mind. 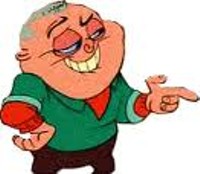 Arrestees sometimes—shock!—aren't guilty of a crime. That gets found out later, in a courtroom. So, um, they do get to have things like, um, civil rights.
Denis C. Theriault on May 9, 2012 at 3:12 PM · Report this