And the Survey Says... 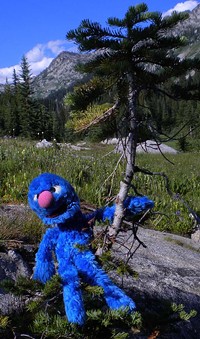 3
Not surprised that staffers don't like Salzman. He is not a likeable character. I mean, his family has a whole street named after them so you know he's entrenched. Plus other things ...

Kind of sad to see Randy go b/c altho I didn't always agree w/ him, he didn't equivocate and did this own thing. I've got respect.

I'm super happy that Novick is on board b/c like Randy, you know where he going to stand. Plus, the hook hand and his short stature ... kind of hot!

I hope Amanda really takes charge ... and dear lord grrrl, raise your donation maximum. No one likes it, but politics is run by money. Don't bankrupt yrself being a commissioner.

Hales? Well, we'll see. I put in a write-in vote for Sam b/c he's been a great mayor. But I do have hope for Hales, in a way. Just don't extend the streetcar, please. Rapid bus transit w/ dedicated bus lanes is the future of transportation.
j'peaux on January 12, 2013 at 6:50 AM · Report this
4
Well, I like Salzman. He ain't pretty, sure, but I have often agreed with his stances.
I think the guy went to Cornell...
I think the jury should obviously still be out on Novick, though I did support his Senate run back when.
I won't miss Randy. I did agree with him at times, sure, but in general I think we don't need more public employee retirees on the commision - looking out for their old boys (hello shiny new Fireboat!). His cavalier attitude towards our money at the Water Bureau also angered me.
The one thing I gotta give Amanda is that she was the most willing to question costs the city was being asked to spend, which was a needed counter-balance on the group.
Adams? Won't miss that jackass.
Already Hales is saving the city how much on cutting back from Adams bloated staff?
Isn't it someting like 700,000 grand a YEAR?
frankieb on January 12, 2013 at 11:57 AM · Report this