The first indicator that something was amiss, the city council only scheduled 15 minutes for discussion of the resolution to appeal a controversial decision by our challenged city attorney’s office, Item 1110. Fifteen minutes? They allowed an appeal of land building by a neighborhood association 90 minutes and it went on for 120; we all waited. About 4:00PM, 30 minutes late on a time certain item it started and it was obvious that the fix was in. Mayor hales and comm. fritz were co-sponsors of the appeal of Judge Simon’s authority, having the audacity to request that the four parties come before him once a year to tell him how things are going. He, the judge, made it very clear over and over at the hearing last year he did not have the ability to order the city to do anything, he could only decide if the settlement agreement was fair, and with this provision, decided to accept the agreement. He basically said, if you want my ok you must come and let me know how you are all doing, seems reasonable to me, and 21 other groups who told the council not to appeal and waste more time and money, just get to the business of fixing our police department. The four, (Fish was out and about) all voted for the notice of appeal. That should not be the end, they can, as they did in a case not long ago, file the notice and after thinking about it or hearing from us, did the right thing. In the present case they should withdraw the appeal. They are going to lose this appeal and anger the 9th Circuit and end up spending lots of your money and losing precious time in the process. Once again these 5 s--ts give the middle finger to the people of Portland, the conservatives are laughing at us, and the courts will soon be laughing too. This does not show a progressive city, it shows a group of people who are now so arrogant they cannot see their own corruption. The Portland Police must be drastically changed and you will not do it with 5 white shits sitting up there, get it together folks and run all three out of office next election in 2016. There are 3 of the council positions open, a majority and if you want, you can take control of the city council and make it accountable to the people; will you? Anybody serving on a Commission, committee, or advisory body of any sort should resign, stop trying to make it better with this group of politicians, you can’t! You should be on the phone calling and telling the 5 people on the council and the city attorney that this was a stupid decision and you will do what you can to see that all 3 running in 2016 visit the unemployment lines.
LONEVET2008 on October 23, 2014 at 9:53 AM Report this

2
Absent from this latest round of public involvement in seeking civil rights protections were DoJ advocates. Where was their press release? Their absence of testimony is indication that judicial oversight is warranted. We heard DoJ litigators would 'partner' with The People as their lawyers massaged this plea deal into place. (A deal that was struck behind closed doors, and remained iron clad through all attempts at subsequent public influence.) -

Absent also (as usual) was supportive testimony from the police union and any who back the City Attorney's plea to reduce the scope of oversight. Their influence is exercised prior to each dog-and-pony show at City Council, through back channels. Yesterday's hearing mocks any ideation of a deliberative body ... but it represents local authority's systemic denial of democratic processes, no matter what provisions are in place. -

Note the supporting documentation for Item 1110. The Attorney contended public involvement was not required in developing this Ordinance ... on the grounds that judicial oversight is a "narrow legal point." The People countered by getting testimony into the record of the considerable turnout at February's Federal hearing on the matter, to which Judge Simon then responded by adding a second day of oral testimony and almost a week for further written testimony. -

DoJ Findings (pg. 14) call for Portland to begin “persistent, continuing commitment to inclusion and transparency, as well as effective structures to facilitate continuing dialogue.” When the DoJ fails to show up to re-assert their intended remedy, it seems obvious that those who seek actual reform would turn to checks and balances offered by the judiciary. -

It also seems obvious to us that able City administrators would appreciate periodic review: it offers good resource management tools. The judge will help all parties establish timeline expectancies, so this remedy doesn’t drag out while more victims face ongoing harm. Meeting a court’s performance benchmarks would help prioritize tasks and constrain costs Chief Reese incurred in his unilateral, unsupervised implementation of his reading of the Agreement.
Consult Hardesty on October 23, 2014 at 11:27 AM Report this 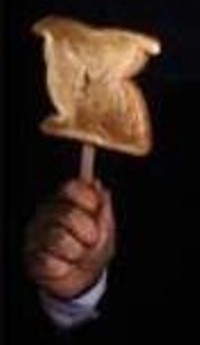 3
Amanda Fritz must still be in mourning. That's got to be the reason for the short hearing and delays. Leaver her alone. Give her a free pass. Do it for the children. She isn't covering up human trafficking and organized crime run brothels by scapegoating independent street walkers. She's just confused by a biased report from Portland State University, the sanctuary for illegal aliens, who end up working in those brothels. Just because corrupt police selectively enforce laws in favor of corruption doesn't mean that Amanda Fritz is corrupt. Or does it?
Dry White Toast on October 25, 2014 at 2:31 PM Report this

4
How does Amanda Fritz' conspiring with the Mayor to evade the Court's over seeing the progress of settled, mutually agreed upon reforms, square with her lip service in advocacy for homeless and mentally handicapped individuals? Dennis is so lovey-dovey with Amanda. What does he have to say about that?
Dry White Toast on October 26, 2014 at 4:16 PM Report this