1
"messy-haired anarchist kid..." Wow, REALLY Ms. Mirk?! Having just taken over the 'Hall Monitor section, i see that your utter hatred towards anarchists is already equal to Matt Davis.

I was at that same forum & i also spoke out & i can tell everyone else what YOU & i already known: The "messy-haired" guy in question (who wasn't even so "messy-haired", no more than your typical hipster) had ALOT more to say other than just to "hold the pigs accountable".
Also, in stark contrast to what YOU reported here, he wasn't "lecuring the panel" so much as addressing the ENTIRE crowd! Personally, as a person of colour myself i find it rather assuring that a White person might even be so inclined towards the Black Panthers!

Just what is it with this sudden, HARD-LINE bias on the part of local media against Anarchists, anyways?! I understand you journalists need your coffee in order to keep that mid-night oil aflame, but geez, it was just acouple of Starbucks windows! You have hundreds more to chose from. So how about if you all stopped treating some activists as if THEY were part of the problem, & directed it towards the COPS who murder it's citizens at will!
Btw, he didn't even have dreads. I marched with the guy before, so i've had a better look at him than you did on that night.
DamosA on May 27, 2010 at 3:36 PM · Report this
2
Sara Mirk you are a racist piece of shit. What people can't learn from the history of the black panther party? Oh because white people should only ever lecture people on how they should imitate white people? Pull your own head our of your ass!
andy capital on May 27, 2010 at 5:25 PM · Report this
3
This is some serious crap.

A) Keaton Otis was attacked by the police with a deadly weapon (in case you forgot, since you clearly lack memory and context, a young man was killed with a tazer in Cornelius only 20 miles away less than a month before this occurred) twice before any shots were fired.

B) You assume that he fired twice and hit twice, seems unlikely but even still there is yet to be any evidence presented in such a fashion to indicate that he fired once. A gun has been sent to evidence, it is unclear as to whether it was fired, and certainly whether or not anyone was hit.

C) You also assume that, if Keaton Otis did fire, that he fired first.

Are you trying to report news or assumption here?

Also as far as the guy that supposedly stood up and lectured people about learning black panther history, I seem to recall that he was chastising them for not employing what he claimed at least one member of the panel (I do not know to whom he was referring) knew about the black panthers, and telling the attendees to learn what the black panthers had done.

You seem to have largely invented a good portion of the description of that event, a chunk of which seems to be devoted to falsely characterising an anarchists largely well delivered (and well received) statements, and other parts just pointlessly inaccurate. 150 blue collar attendees? Was there a different event that I wasn't at?
krims on May 27, 2010 at 11:58 PM · Report this
4
Nice write up Smirk. Don't pay any attention to these Teabagge...err "anarchists". It's so hard to discern one fringe group full of loonies from another. Seriously the first 3 comments are like Bizzaro Oregonlive forum posters.
What I got out of the piece was the seriousness of Reverend Hayes, the anger of Marva Davis, and the grief of Keaton's father. This is the voice that needs to come from the incident, that needs to work with the new chief and commissioner. Black clad, bandanna wearing, store front abusing, out of rhythm drum beating, ill smelling, hair style challenged revolutionaries in their own mind need not apply.

You talk about what you "got" out of Ms. Mirk's slanderising write up. But have you actually BEEN TO THE FORUM YOURSELF?
The other 3 posters have (myself included), so WE know what we're talking about. Mr.Mirk COULD'VE made this article about Keaton's murder & how people AT the forum tried coming up with solutions for how to address the issue of murderous pigs. But instead, she choose to single out a small group of activists with cheap-ass pety remarks & bold-faced lies.
DamosA on May 28, 2010 at 9:40 AM · Report this 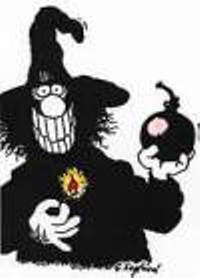 So, let me get this straight, the voice that needs to come out of this is more weak ass liberals demanding a rejection of the status quo by sticking to the methods of the status quo? Great, more demands for nothing from the liberals while police keep killing what a surprise and a sycophantic idiot to encourage a hack reporter to continue her delusional journey into total irrelevance.

Frankly babyboo no one cares what YOU got out of this because, you have demonstrated a total lack of critical thought. Why don't you stick to what is likely the only thing you are as yet still intellecually capable of, making bongs out of yesterdays PBR cans, and leave reality to those of us that haven't smoked our brains out.
Paul Corbin on May 28, 2010 at 6:46 PM · Report this 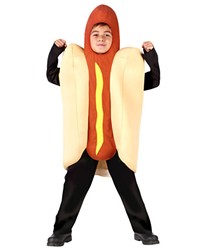 8
Oh no! mel, the great arbiter of bad and good names, has declared that we are somehow tarnishing the name of anarchists here! Dear me, what a terrible thing for us to do.

@mel: Go back to eating big macs and starring at television commercials.
Paul Corbin on May 28, 2010 at 7:42 PM · Report this
9
"hey guys, you're kind of giving anarchists a bad name here."

OBVIOUSLY you weren't at the forum YOURSELF, & all you know is what you read here. Let me clue you in, from someone who WAS there:

The guy (he wasn't even a kid btw - Ms. Mirk got that wrong too) was addressing the ENTIRE AUDIENCE in suggesting they all ought to look into the histroy of the Panthers! News for ya, dumbass: the majority of the audience was WHITE! And yes, EVERYONE knows about the Scanner (wisely) advising people to no-longer call the cops right after Aaron Campbell's murder. You're way late to the game!
DamosA on May 30, 2010 at 12:38 PM · Report this
12
Ha, yeah, Babyboo. These folks sound exactly like those conspiracy nutbags who occasionally pop in here to jump on any post that mentions, like, 9/11 or so. You say one simple thing in response, as Mel did, and they bust out with your entire backstory in response ("go back to watching TV all the time and eating fast food you sheep slave!"). Newsflash - when your response includes a bunch of made-up details about the individuals you're trying to communicate with, then you're likely far too stuck inside your own head. And yeah, it makes your cause look bad.
ROM on June 1, 2010 at 1:30 PM · Report this
13
Shut up, ROM! Sounds like you've got your head stuck too far up your own ass! Why don't you go back to watching baseball & eating Taco shit!
DamosA on June 1, 2010 at 6:33 PM · Report this