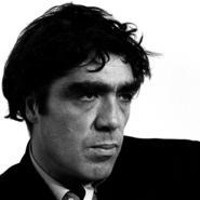 As a regular reader of your publication I must protest your sarcastic and questioning stance toward our public officials as evidenced in the articles above.

1. We must patiently await the report of the stalwarts of Portland Police internal review board concerning the shooting of Mr. Stewart by Ms. Rabey. Really, now. If the shot was from 100 meters or further, Ms. Rabey deserves a marksmanship medal. If from, say, two feet, then obviously Ms. Rabey has unusually short arms, or, was standing too close to Mr. Rabey to get off the prerequisite warning shot, or, the barrel of Ms. Rabey's service revolver is particularly long and therefore heavy causing her aim to drop below Mr. Rabey's hairline. As good and loyal citizens of this fair city we must await careful consideration of these and the other issues involved of which we are undoubtedly unaware.

2. What would John Wayne say about shooting a perpetrator in the back. He'd be outraged, I say, sir, outraged. As am I.

3. The simple and frankly, most obvious, solution to the problems of crime and inferior customer service on Trimet is to take the agency-provided vehicle away from Mr. Fred Hansen, general manager of the aforementioned public agency, and make him ride the light rail trains and buses with those of us who pay his keep. Serve him right, too.

I remain your humble servant,

2
I want to say, as a Trimet bus driver, that the transit cops are doing one hell of a job!

They have a thankless grinding job and are getting as much criticism as bus drivers get themselves.

People want security, but then they don't want cops around.

People want fare enforcement, but then they go bonkers when they see fare inspectors and/or police.

It's your typical Portland schizophrenia, Portland wants it every way and then complains about it.

Speaking as a bus driver;

THANK YOU TRANSIT COPS FOR YOUR EXCELLENT WORK, we need you out there!

You can blame Fred Hansen for a lot of things quite possibly,

but crime in cities and towns that spills over onto the transit system is not one of those things.

That sir, is ludicrous.

TRIMET was set up to be more like the European models.

What the planners did not take into consideration was that Portland is not in Europe and European values are not the same as American values.

The model worked well in the 70's and early 80's sure as hell does not work now as the city grows.

As Portland grows, and will continue to grow, inevitably it will become like every other large city in America. Crime is part of every large American urban area.

It's an American societal problem.

It's not TRIMETS fault, and it sure as hell is not Fred Hansens fault.

Maybe Mr Hansen should go, but not for this reason.

4
I've said it before and I'll say it again: permitting these police officers to ride on TriMet jeopardizes federal subsidies for TriMet. If you read the fine print in the grants TriMet receives from the US Deparment of Transportation to supplement security on the line, the dollars given to TriMet are based on the number of security personnel hired to ride the line. We're under-reporting to the federal government how many officers are riding the line as a regular safety patrol in order to receive more federal dollars. This is called fraud, and it is a crime. It is also a crime that could cause the USDT to force the repayment of grants given to TriMet in the past and cancel payments scheduled for TriMet in the future. Eventually, the federal government will act on this discrepancy in reporting and well meaning TriMet officials will find themselves in federal prison for fraud.
charlespaugh on July 8, 2008 at 11:21 AM · Report this