IF RUNNER RUNNER had been made years ago—when Ben Affleck was a washed-up former half of Bennifer, and Justin Timberlake was a pop star with Top Ramen hair—it would have been an acceptable effort. "Not bad for a couple of d-bags!" we'd have said. But the world expects a lot more out of 2013 Timberfleck. Unfortunately, Runner Runner doesn't deliver.

Timberlake stars as Richie Furst, a Princeton grad student who's had his ass handed to him on Wall Street and now moonlights as an online gambler. A few poor decisions lead him to Costa Rica, where he meets online gambling kingpin Ivan Block (Affleck). Through a series of increasingly bad decisions, Timberlake gets knee-deep in the underworld of Costa Rican gambling. To most non-idiots, "Costa Rican gambling" would suggest a sleazy, dangerous, probably illegal environment, but Richie remains mouth-breathingly shocked when things start going tits up.

I know he was working with weak material, but I didn't buy Justin Timberlake as our protagonist. (That was a sad sentence to write.) JT probably knows he's awesome at most stuff, but alas, nobody seem to be telling him that his long list of great skills does not include dramatic acting. He can't carry a movie, and Runner Runner makes it obvious that he's only trying to do so because he can, not because it's a passion or trade.

But you know who is great? Ben Affleck as the bad guy! He's charmingly sketchy and scary. Even though Affleck is out of the Hollywood doghouse and should really be doing something better, I am glad he was in this because he made it worth watching.

Affleck aside, Runner Runner is predictable and blah: There is a moment when Affleck turns to Timberlake, as they're surrounded by money and girls, and says, "It's everything you thought you wanted when you were 13!" This is an apt description of Runner Runner: There was probably a time when it would have seemed cool. 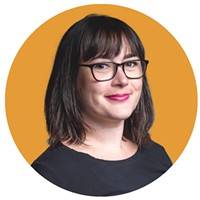