All you need to concern yourself with, FLAP, is consent—obtaining consent before anything goes down, maintaining a state of consent once things get going. So are you a consenting adult, FLAP? Is your partner a consenting adult? Yes and yes? Then you're free to do whatever the hell you want in the sack—and that includes pretending that one of you isn't a consenting adult.

Adults can safely and ethically explore through fantasy and role-play things that we wouldn't (because they're wrong) or couldn't (because they're impossible) do in reality. A nice girl who would never dream of ever actually owning a human being can pretend to own a sex slave without having to forfeit her "nice girl" status; a decent guy who would never commit the crime of rape can pretend to rape a partner with rape fantasies without having to forfeit his "decent guy" status. The same goes for age play, FLAP.

As for telling the boyfriend about it without sounding perverted: Sorry, FLAP, can't help you there. It's going to sound perverted—and sick and wrong—because the scenario you want to explore is all kinds of sick and wrong. Just own it when you tell him about it: "I know this is crazy and fucked up, but these stories really turn me on." You don't want to fuck kids; you want to pretend to be the kid your boyfriend fucks. He doesn't want to fuck kids; he wants to fuck you while you're pretending to be a kid.

My roommate and best friend is a good-looking, professional young man with a conservative sensibility and traditional values. Recently, one of his married coworkers (an attractive, bright, and sexy young lady in his appropriate age group) has been pursuing him to have an affair. I've met her personally, and she's a very cool girl. Confident, socially graceful, and fun. She is currently in the process of legally separating from her husband (her only sexual partner), who over the last year or so has completely cut her off sexually.

My roommate is a good guy and wants no part of a sexual relationship with her while she's married. Even if she does separate, he is worried about being a rebound and simply not wanting to deal with the emotional baggage that comes with being her first sexual experience outside of her current husband. I've told him to wait until she's separated, but then to go for it. Nothing ventured, nothing gained, right? He's my best friend, and I don't want to see him hurt. I also know that she's a cool person who will be scooped up by some lucky guy if he doesn't do the right things now.

Let me see if I follow you: If this woman were unmarried and unattached, DIS, your friend with the "traditional values" wouldn't have any problem fucking her? A point of order: When did premarital sex become a "traditional value"?

Frankly, DIS, I don't care if your buddy fucks this woman or not. (I think he should; lots of rebounds turn into wonderful and lasting relationships, lots of solid marriages had squalid beginnings.) I'm just curious how we got to the point where anything goes—premarital sex, oral and anal sodomy, multiple marriages (hey there, Karl Rove!)—for heterosexuals and nothing is a violation of "traditional values" so long as the fornicators are straight. How did we get to the point where an unmarried straight man with shit on his dick and three different women's pubes in his mouth can claim to have a "conservative sensibility and traditional values"?

As for your friend, DIS, I've known a few guys who went on and on about how attracted they were to a particular woman and how much they wanted to fuck her in all of her orifices and eat her pussy until she came so hard she basically turned inside out but just couldn't bring themselves to have hot, premarital, heterosexual sex because some technicality or other violated their traditional values. All of those guys eventually came out of the closet. Just sayin'.

Could you wax philosophical for a paragraph or two, Dan, about a column from a few weeks ago? I want to know what makes Sexually Frustrated Fetishist's preference to involve feet in sex morally preferable to his partner's preference not to do so? Why is her insistence on her preference "selfish" while his insistence merely reflects his "sexual fulfillment"? More generally, what's the reason for your tendency to side with the person who wants to do x, even to the point of encouraging infidelity, over the person who doesn't want to do x, when the more intuitive answer might be "Gee, maybe you guys just aren't sexually compatible?"

I'll wax now for a moment: The odds that any one of us will wind up with a partner whose sexual interests align perfectly with our own are essentially zero. Since no two people are a perfect fit sexually, SEC, both partners must engage in a good-faith give-and-take to craft a mutually satisfying sexual repertoire that doesn't leave either person feeling resentful or badly used. Does everyone get everything they want? Nope. But each of us has a right to put our needs out there and a concurrent responsibility to meet our partner's needs if at all possible. And each of us should have the sense to pull the plug when the sexual disconnect is too great.

As to the particulars of SFF's case—what makes his request for foot action reasonable and his girlfriend's refusal to indulge him unreasonable—it comes down to just what is being asked of the nonkinky partner. SFF is asking his girlfriend to kick off her shoes every once in a while and allow him to treat her feet the way another man might treat his girlfriend's breasts. It's not too much to ask, SEC, and an unselfish lover wouldn't regard it as too much to give. 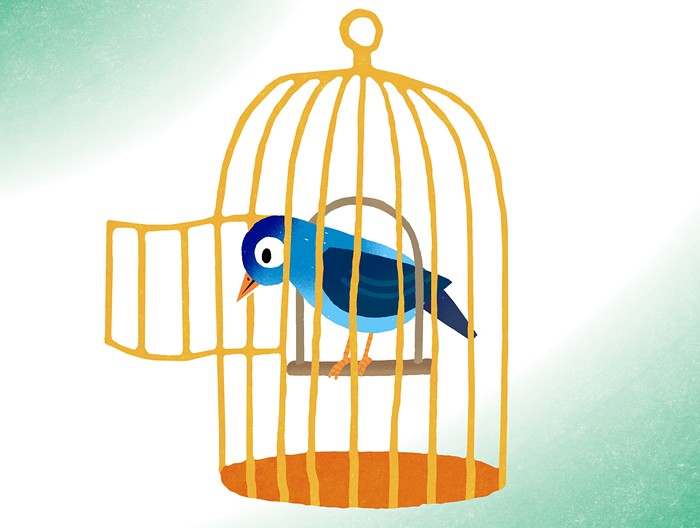