I am a genetic male with recurrent questions about my gender identity. Straddling desires to maintain my stature in the professional world, keep my wife at my side, and become who I feel like I am, I have experimented with crossdressing, chastity, anti-androgens, and, prior to all that, steroids. While the matrimonial veto has been enacted for some feminine expressions, my wife and I have reached a middle ground where I can pursue sexual and aesthetic androgyny. I have started wearing unisex clothes, stepped up cardio to sculpt a more feminine shape, and am getting hair removal done. My question: I want to keep my sex drive and sexual organs intact, but I want to urinate like a woman with no choice but to sit. There are body-modification communities out there that showcase this type of procedure (urethral reroute/relocation), but I don't know where to start when it comes to tracking down someone to do it for me. Ideally, a legitimate urologist should do this type of work, but even with my gender-amorphous desires in play, I'm not sure I can put together a justification strong enough for a doctor. Any advice? Do you know any piercers who have done this kind of work?

"Most urologists aren't qualified to do this, let alone piercers—although I know that there are aggressive 'body modifiers' out there. I wind up cleaning up their messes," says Dr. Keith D. Newman, a urologist and a Fellow of the American College of Surgeons. "So my main piece of advice for SITTERS is to have a urologist do this, preferably someone who has experience with this surgery."

The procedure you're curious about—creating a new peehole on your taint, behind your balls, which would leave you with no choice but to sit when you pee—is known as a perineal urethrostomy.

"It's one of the numerous steps involved in total gender-reassignment surgery, should the full male-to-female conversion ever be opted for," says Dr. Newman. "As such, doing this one thing probably won't preclude further anatomical reassignment in the future. On the other hand, SITTERS has to consider that there are potential complications and consequences that will arise from this altered anatomy."

The biggest consequence is a heightened risk of urinary tract infections due to your shortened urethra, SITTERS. The urethra, of course, is the tube that runs from our bladders, where urine is stored, to our peeholes. Women's are shorter, making it easier for bacteria and other bugs to get up into the bladder and cause infections. But urinary tract infections aren't your only worry. "Any artificial orifice has a certain incidence of stricture," says Dr. Newman. "So the opening might need frequent dilations or more surgery if this complication arises."

"There may be less than full diversion of urine (some may still come out the end of the penis) unless the urethra distal to the new opening is closed," says Dr. Newman. "If it is closed, then we run into issues of what is called a 'mucous fistula,' and the urethra beyond the diversion might need to be irrigated from time to time. Similarly, urinary dermatitis may occur—that's diaper rash—so perineal care and good hygiene will be a must."

Assuming you're still interested in relocating your peehole after reading all that, SITTERS, how do you go about finding a urologist who'll perform this surgery? You make appointments with qualified urologists, tell them what you want, and risk being turned away. "I believe that enough justification for the surgery exists—others may not," says Dr. Newman. "But it's the insurance company that will need convincing. Many institutions (most faith-based, but not always) do not allow any surgery for sexual reassignment in adults, so those waters will have to be navigated. And it sounds as if SITTERS is not yet convinced of the validity of this request, so counseling might be helpful."

"Ejaculation will occur through that new hole in a somewhat non-directable way—which could be fun or not," says Dr. Newman. In other words, SITTERS, after you have this done, you'll not only be peeing sitting down, you'll also be coming all over the back of your sack.

I'm a 24-year-old gay male in a three-year relationship with a man I love with all my heart. I also have a diaper fetish. I told him about it once, nearly two years ago, but have not brought it up since. Recently I have gone out to buy diapers. I don't use the diapers for pee or poop, but I enjoy the feeling of wearing them. I have talked to other diaper lovers (DL) online, but I have never gotten the courage to meet up and experiment. I recently started talking with a guy who lives a few miles away who is also a DL. I don't want to cheat on my boyfriend, but I would like to indulge my fetish at least once in my life. If there is no sex during the fetish play, would that be cheating? There would be no kissing or anything. I would just change his diaper and powder him, and he would be doing the same to me and whatnot. I don't have anyone I can talk to about this and would love to hear your advice.

Here's what Good Dan would tell you: Ask if your boyfriend would be up for exploring this aspect of your sexuality with you. If so, great! No need to see that other guy. But if not, DD, ask your boyfriend how he would feel about you getting together with someone who shares your kink—just for diapering and powdering and whatnot. If he doesn't mind, great! If he does mind, well, then you need to think about whether staying in this relationship is wise... because sooner or later, you're going to cheat on him.

Here's what Bad Dan would tell you: Seeing as you're only 24, and seeing as you've been in this relationship for three years, and seeing as you've never engaged in any diaper play... sneaking off to play with that other DL might help clarify things. Either you'll learn that diaper play is something you can't live without (which will prompt you to force the issue with your boyfriend, i.e., he either plays with you or gives you permission to play with others) or you'll realize that diapered reality is a lot less sexy than diaper fantasies and your kink will evaporate (highly unlikely). 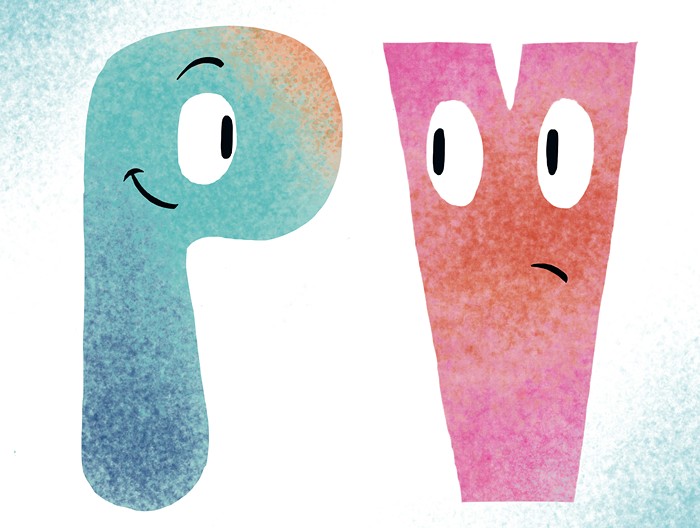