SL Letter of the Day: Threeway of Love

Thanks for the column this week about monogamish couples! It came at a great time in my sex life, since just this weekend this 24-year-old straight girl got picked up at a bar by a VERY hot couple for my first-ever threeway! It was my first-ever experience with a woman. It was fun, but it confirmed for me that I'm not really into the ladies. But I should mention that after the three of us did our thing, he and I jumped in the shower, she fell asleep, and then he drove me home and spent the rest of the night with me. I'm getting the feeling that he has a bit of a crush on me, but his GF was only mildly miffed that he slept in my bed. (For me, that would have been a huge breach of intimacy, but hey, not complaining!) He and I are in contact, calling and texting, she and I not so much. I would really, really enjoy it if he would get her permission to spend more time with me one-on-one. I'm not really interested in more lady time. But he's very concerned about his relationship. It's pretty new and he's crazy about her. What's the best way to broach the subject? To give you a little idea of what I'm talking about and to help you understand why I want this to work out so badly, I'm attaching the picture he left on my phone while I was in the bathroom. Enjoy!

Don't Want To Be A Third

My response, the attached pic, and a bonus threeway question... all after the jump.

This guy isn't acting like he's crazy about his newish girlfriend, DWTBAT. In fact, this guy—this guy with the amazing butt—is acting like one of those people who give threeways and other forms of monogamishamy a bad name. Leaving his sleeping girlfriend alone to go and spend the night with the girl they picked up together in a bar? Calling and texting that girl without (presumably) his girlfriend's knowledge or okay? That's the kind of thoughtless, selfish behavior can lead to a breakup, DWTBAT, and when it does it's the threeway that gets the blame and not the person(s) who were behaving thoughtlessly and selfishly.

But that wasn't your question.

You broach the subject, DWTBAT, with a clear and unambiguous text message: "Had a great time the night we messed around. I think you're so great and really sexy. But what I learned about myself that night was that girl-on-girl action just isn't for me. But I'd like to mess around with your hot boyfriend some more, on my own, but only if that's okay with you."

And, yes, that's a text you send to her, DWTBAT, not him. Who knows? Maybe everything he's doing is okay with her—if she didn't mind his disappearing with you while she was asleep, I can't imagine she'll mind him messing around with you some more—but you gotta do your screw diligence. 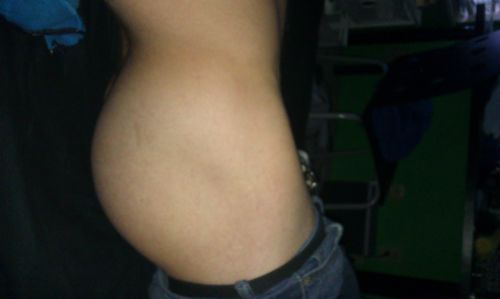 And here's the bonus threeway question...

Too many people are afraid to ask "the" question—do you wanna go out sometime? do you wanna go FBO? do you wanna put this gimpsuit on?—because they're afraid the answer will be "no." But it's better to know the answer is "no" than to wonder. And in your case, TA, the answer could very well be "yes." It's possible that these guys don't want another go at you—maybe you suck in bed?—but it's just as likely that they had a blast with you but they're hesitant to ask for a repeat because they genuinely like you and don't want you to conclude that they're only interested in your ass, not your friendship.

Tell them how you're feeling: you enjoyed messing around, you'd like to do it again, you'd be up for something regular. And give 'em an out when you ask: Tell 'em that you don't know what their rules and limitations are—some couples have an "only once" rule, to prevent romantic attachments—and that you want to see your friendship continue to grow regardless of what they decide.