The Receptionist's Dark Spin on the Office Comedy 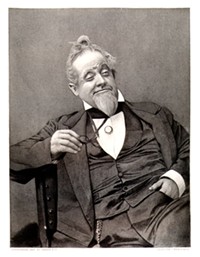 1
I saw the Coho production last year, ably directed by Rose Riordan and with knockout performances by Sharonlee MacLean and Laura Faye Smith. That core artistic team carries over into the PCS production, which I have not seen. (Chris Murray and Gary Norman were great in the Coho show, but had a schedule conflict this time around since both were in the "Hamlet" that just closed at Coho). Blah blah blah, enough context. Wait a doggone minute. While writing this, I just remembered that I wrote a damned good review of last year's production, which you can read here: http://cultureshockpdx.blogspot.com/2008/1…

Back to the moment: I understand the arguments made by both sides in a spat on Portland Center Stage's site. I empathize with the perception that the play is just an extended office scene without much really happening...until we get the surprise twist in the second half--a surprise that is a little heavy-handed and "messagey." The Anti-Receptionists would have really hated PCS's production of Adam Bock's "The Thugs" which never really went anywhere at all, though it was packed with details.

My recommendation is that you approach "The Receptionist" as you would a well-written short story: You're not getting a whole novel; it's a slice of a story, exquisite in its detail but leaving a lot unwritten and up to the imagination. If you hate the kind of modern short fiction that doesn't follow a neat plot trajectory, you might not like the play. But if you just pay attention to the details and let the tension build, you might have a good time.
MightyToyCannon on February 23, 2010 at 2:59 PM · Report this
2
"The Anti-Receptionists would have really hated PCS's production of Adam Bock's 'The Thugs' which never really went anywhere at all, though it was packed with details."

I really hated "The Thugs" (http://www.portlandmercury.com/portland/Co…), actually. But I think your short story comparison is a helpful one: The show really is in the details,and it's far more than the sum of its 'big reveal' and its message. (Not to mention, there seems to be a fair amount of disagreement as to what that message even is—I didn't for a second read the show as an indictment of office culture itself, as some of the PCS commentors seemed to.)

3
Alison, what proves your credentials as a theater critic is that you called what happens in the second half of "The Receptionist" a "big reveal" whereas I called it a "surprise twist." There's a difference and I am humbled. Here's a tip for theater-goers who aren't sure what the message in a contemporary play even is: If anything seems vaguely ominous and menacing, it's about 9/11.
MightyToyCannon on February 25, 2010 at 7:40 AM · Report this
4
As an office worker enjoyed it - great topic and well presented.
Office Space on March 4, 2010 at 1:17 PM · Report this