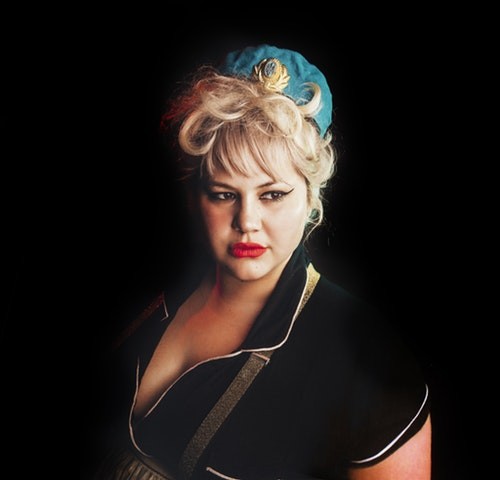 Shannon Shaw, Máscaras, Plastic Cactus
For over a decade, the sinister doo-wop and gale-force garage punk crafted by Oakland-based singer/songwriter Shannon Shaw and her beloved band Shannon and the Clams have fueled sweaty dance parties in dive bars and theaters all across the city. Those lucky enough to score a ticket to tonight’s sold out show will be treated to a sterling set of country-tinged pop and retro soul-rock pulled from Shaw’s excellent solo debut, Shannon in Nashville. (9 pm, Mississippi Studios, $15-18) CHIPP TERWILLIGER

Mac DeMarco, Donny Benet
Last seen getting down at the Oregon Zoo in 2017, Canadian indie-psych phenom Mac DeMarco, AKA the Pepperoni Playboy, returns to town to bless the Schnitz with material off his new self-released album. (8 pm, Arlene Schnitzer Concert Hall, $34-50)

Stephen Malkmus
It was surprising for some to hear that indie rock prince Stephen Malkmus was releasing an electronic record earlier this year. But considering the former Pavement vocalist/guitarist’s proclivity for music slightly left of the dial (a noted Beefheart and Stereolab fan), dabbling in something outside his “indie” wheelhouse wasn’t so mind-blowing. Whether or not he’s succeeded on Groove Denied is open to debate, but the fact that Malkmus is trying new things 30 years into his career is a win. The record, partially influenced by a stint in Berlin almost a decade ago, is a fun little curio, and the single “Viktor Borgia” is a warm and warbly earworm that could have only been made by Stephen Malkmus. (9 pm, Doug Fir, $30) MARK LORE

Bun B
Star Theater hosts a solo show with the hip-hop icon out of Port Arthur, Texas, best known for heading up UGK alongside the late Pimp C. (9 pm, Star Theater, 22-25)

The James Bond 007 Experience
Much like the films themselves lately, it's been five years between 007 appearances, but Tony Starlight is getting his own personal MI6 together to deliver a show that takes John Barry's award-winning music, and some of the series' very best themes, and puts them in the sort of lounge experience only Mr. Starlight can provide. (6:45 pm, The Tony Starlight Showroom, $35-79)

My Life with the Thrill Kill Kult, Curse Mackey, Deathcharge
The long-running electronic industrial rock band out of Chicago swing back through Dante's for the Portland stop on a North American tour supporting their latest album, Strange Affairs. (9 pm, Dante's, $22)

Kevin Nealon
One of the funnier performers from one of the greatest eras of Saturday Night Live, Nealon moved on from the Weekend Update desk to do multiple stand-up specials, and steal the show in almost every episode of Showtime's Weeds.(Fri-Sat 7:30 pm & 10 pm, Helium Comedy Club, $25-38)

St. Johns Bizarre
Of Portland’s many spring/summertime festivals, it’s hard to find a more interesting, fun-packed one than the St. Johns Bizarre. Celebrated the second weekend in May for the past 13 years, the Bizarre is a cornucopia of entertainment, crafts, and food all centered about the annual St. Johns Parade. And while you’ll be happily stuffing your smiling face with eats from St. Johns’ finest and beyond, do not miss out on the music which includes such shockingly awesome bands as Sallie Ford and the Sound Outside, Kelli Schaeffer, Jenny Don’t and the Spurs, KILEO (with Amenta Abioto), plus tons more! (10 am, St. Johns Plaza, free, all ages) WM. STEVEN HUMPHREY

The Lost Boys—Live!
The much-beloved stage play adaptation of ’80s cult classic The Lost Boys returns for another round of leather jackets, hairspray, and local comedians cast as hot teen vampires. This goofy, self-aware masterpiece was penned by the combined might of Shelley McLendon and Courtenay Hameister (who also gave us Road House: The Play!) and features performances from J Names improviser Jed Arkley as Michael, the Mercury’s own Wm. Steven Humphrey as both a hot vampire AND a hot grandpa, and McLendon herself reprising her roles as both Lucy and Star. (Fri-Sat 8 pm, Siren Theater, $18-28, through May 25) SUZETTE SMITH

The Bridgetown Bluegrass Festival
15 of the Northwest's best bluegrass bands gather for the third annual Bridgetown Bluegrass Festival, spreading their folksy, twangy, jug-blowing 'n' tub-thumping love across two stages, complete with oat sodas made by local breweries on site, and Killer Burger providing grub from their food cart. (10 am, Alberta Abbey, $20, all ages)

Feria de Portland
Oregon's flamenco community gets a chance to cut loose and celebrate itself and the culture of flamenco, with performances, demonstrations, dancing, Spanish food vendors, a full bar, and more. (5 pm, PICA at Hancock, $10-15, all ages)

Big Night
The Portland Opera's annual gala celebration, complete with a red carpet getting rolled out as the Opera showcases their finest talents and previews their 2019/2020 season. (7:30 pm, Keller Auditorium, $35 & Up)

Portland ScienceFEST 2019
Portland March for Science introduces a new annual event celebrating science, which, despite being responsible for something like 99.99% of all the things you love most about being alive in the world, is almost never celebrated appropriately. This one-day festival attempts to to rectify that situation, with three different interactive tracks for attendees, including interactive programming, creative workshops, coding bootcamps, and more. (1 pm, University of Oregon - Portland Campus, $5-7, all ages)

Sweet Taste of the Arts: A Night in Harlem
PassinArt's fourth annual gala celebration and fundraiser is themed after the Harlem Renaissance, with cocktails, dinner, and awards followed by live music and dancing that seek to revive the spirit of the Savoy right here in the Pacific Northwest. (6 pm, Red Lion on the River, $125-1000)

Laura Stevenson, Faustina Masigat, Completions
Laura Stevenson waves her pop-punk influences like a flag. On her criminally overlooked 2015 album Cocksure, Stevenson echoes the angry-but-exhausted despondency found on Liz Phair’s 1993 record Exile in Guyville, and jangly guitars sound inspired by Smoking Popes. The Brooklyn-based musician tells stories of insecurity and stagnation with smart humor and an injection of fun, an approach she honed during her time with Bomb the Music Industry. Stevenson’s emotional gusto is palpable on tracks like “Jellyfish”—hopefully her following only continues to grow. (9 pm, Doug Fir, $15-18) EMMA BURKE

Cherry Festivus: Mother's Day Cherry Beer Fest
Come out to Saraveza and the adjacent Bad Habit Room and take part in a celebration of cherry beers, chocolate, and mothers. Sample a full range of rare and one-off beers (and cider) featuring notes of cherry, along with an array of special chocolate pairings to accompany your tastings. (noon, Saraveza, $10-15)

Mother's Day Brunch: Benson Hotel
Once again, the Benson aims to be the place you get your Mother's Day brunch on, with a roast beef and lamb carvery, a honey glazed ham, made-to-order omelets, fresh seafood, champagne, and more. (9:30 am, The Benson Hotel, $30-60)

Mother's Day Brunch: La Neta
The Randy Porter Trio provides the atmosphere and La Neta provides the fine dining at this Mother's Day brunch that includes complimentary flowers, champagne, and portraits (!) for any moms with reservations between 11am-2pm. (11 am, La Neta)

Mother! You Can't Spell Smother Without It!
A mid-afternoon musical stand-up showcase for Mother's Day, brought to you by the comedic mind of Molly Schwarz, with special guests Merideth Kaye Clark and Mont Chris Hubbard. (3 pm, Curious Comedy Theater, $25)

Stand Up Science with Shane Mauss
The stand-up and podcaster (the two terms are pretty close to synonymous at this point) comes to the Siren Theater to present his heady blend of comedy and science. And beer. Comedy + Science + Beer = Shane. (8 pm, Siren Theater, $15)

Betty Who
The Australian singer/songwriter brings her blend of synthpop and nu-disco back to the Wonder Ballroom stage in support of her 2019 album, Betty. (8:30 pm, Wonder Ballroom, $21)

Peer Gynt
This weekend, our hometown orchestra pairs troll-infested mountains with homoerotic musings. While the program’s bulk is devoted to a complete performance of Edvard Grieg’s score for Peer Gynt (accompanied by trippy animation projected above the stage), a little gem from Benjamin Britten might make an equally epic impact on those lucky enough to attend. Not only is Britten a giant among 20th-century composers, he was a queer icon when it was absolutely dangerous to be so. His setting of Rimbaud’s hot and bothered Les Illuminations will be performed by soprano Jane Archibald, who makes her debut with the band. (2 pm, Arlene Schnitzer Concert Hall, $24 & Up) BRIAN HORAY

Music for Mental Health: A Benefit Concert for Oregon Lyme Disease Network
A benefit show meant to raise money and awareness about Lyme Disease, with headliner Kyle Morton of Typhoon, and support from Kendall Core and Anna Hoone. (7 pm, Holocene, $15-20)