2020 just started, and already it's moving way too fast, right? Luckily time doesn't work the same on the weekends. It's much more fluid, and that sensation increases with the more awesome you indulge, and this weekend has a TON of that on deck, in as wide a variety of soul-enriching flavors as you could ask for. Hit the links below and load your plate accordingly

Ozomatli
Since forming in 1995, eclectic LA six-piece Ozomatli has become known as the Dioses del Baile (Gods of Dance). Their music pulls from modern and classic Latin, hip-hop, urban, and other world music, and they’re highly lauded for their political activism. They’re also great live—anyone who started college at the University of Oregon in 2006 will probably remember the outdoor concert/dance party they put on in the quad. (Fri Jan 24, 8 pm, Revolution Hall, $25-30) JENNI MOORE

Poppy, Vowws
If you seek to understand even a sliver of what the internet has wrought on youth culture, pop music, and celebrity, you’re going to need to spend some time with Poppy. The online world created Poppy and nurtured her, helping turn her from a curiosity into a sensation whose YouTube videos have logged over 450 million views and whose work is debated and analyzed on Reddit by fans and detractors alike. She’s unavoidable and she’s setting a template for how pop stars create and market their image online. (Fri Jan 24, 8 pm, Hawthorne Theatre, $25-30, all ages) ROBERT HAM

Playing live and on demand through March 21. “A bright cartoon of a play…divinely funny!” -Variety
Sponsored

Portland Mercury Is Free For Everyone

Help us keep it that way.

Minority Retort
Hosted by Jason Lamb and Julia Ramos, Minority Retort is Portland’s only comedy showcase featuring entirely POC and minorities—and it’s always a hoot. This month the Siren Theater kicks off the decade with headliner Dino Archie, the winner of the 2015 Seattle International Comedy Competition, who you may have also seen on Jimmy Kimmel Live!, Adam Devine’s House Party on Comedy Central, or right here at Minority Retort back in 2018. And there’s lots of great locally based talent on the bill as well, like AC O’Neal, Marita DeLeon, Elliott GB, and Shain Brenden. (Fri Jan 24, 8 pm, Siren Theater, $12-15) JENNI MOORE

BAYNK
New Zealand's Jock Nowell-Usticke (AKA BAYNK) brings his future bass and house sounds back to town as part of the "A Study In Movement" Tour. (Fri Jan 24, 9 pm, Doug Fir, $16-21)

Blue Tomorrows, Barna Howard, Moon Shy
Portland singer/songwriter and multi-instrumentalist Sarah Nienaber made a significant imprint on the local music scene in the last decade thanks to her roles in the shoegaze-rock and dream pop trio Candace and the psych-folk outfit Web of Sunsets. Her newly-minted solo project, Blue Tomorrows, continues this hot streak on the excellent debut, Without Color. The album’s hazy psych-pop packs plenty of atmosphere, with warm synths, strummed guitars, and steady percussion pulling the listener along for the ride. It's a bit reminiscent of Painful-era Yo La Tengo, and it’s bound to sound extra special tonight when Nienaber links up with her Candace bandmate Sarah Rose and Michaela Gradstein of Plastic Cactus to bring the songs to life at Turn! Turn! Turn! (Fri Jan 24, 8:30 pm, Turn! Turn! Turn!, $5) CHIPP TERWILLIGER

Hurry Up, Cool Flowers, Talkin to Johnny
Hurry Up is the unholy trinity of Maggie Vail (bass), Kathy Foster (drums), and Westin Glass (guitar). It’s also kind of a super-group: Vail fronted the now-defunct Bangs, she and Foster represent two-thirds of the Strange Babes DJs, and Foster and Glass played in the Thermals. On their debut self-titled EP, Hurry Up sounds fluent in the lo-fi punk tradition of Dead Moon—all three sing (and scream) over big, razor-edged guitar riffs and drum attacks more intimidating than a charging rhinoceros. (Sun Jan 26, 8 pm, Turn! Turn! Turn!, $7) CIARA DOLAN

Kathleen Madigan
You don't get to be one of the best comedians in the country by just accidentally amassing an almost 30 year-long career, doing 250 nights on the road, and winning multiple awards for being the one of the funniest in the industry. Catch Madigan tonight when she brings the "8 O'Clock Happy Hour" tour through Portland. (Fri Jan 24, 7 pm, Newmark Theatre, $35)

Eric McFadden, Nasta, Oleanne
The in-demand guitarist and singer/songwriter out of San Francisco brings his rock, funk, blues, and Americana stylings to the stage at Dante's to kick-start the weekend along with support from Nasta and Oleanne. (Fri Jan 24, 9 pm, Dante's, $12)

Chris Porter
The Kansas-hailing and LA-based comedian known for reaching the finals on season 4 of Last Comic Standing returns to Portland with a new set ready to be unleashed all weekend long at Helium. (Fri-Sat Jan 24-25, 7:30 pm & 10 pm, Helium Comedy Club, $17-33)

Dopapod
Fresh off the release of their latest studio album, Emit Time, the Boston-hailing jam band brings their brand of progressive electronic rock back to Portland for a Friday-night show. (Fri Jan 24, 8 pm, Wonder Ballroom, $16)

Rhett Miller
Before it got really, really stupid, alt-country ruled, and Rhett Miller's band, the Old 97's, were one of the acts responsible for popularizing the genre in the '90s. The 97's' canon and legacy has always eclipsed Miller's solo material, and unfairly so—Miller's solo debut, The Instigator, was dismissed unanimously by the press upon its release, and while it's undeniably cheesy (the opening track, "Our Love," as clever and catchy as it is, wouldn't sound out of place playing at a subliminal volume in a K-Mart), it's still a sterling, smart pop record. (Sat Jan 25, 8 pm, Mississippi Studios, $20-24) MORGAN TROPER

HARD MAN, soft boy
Two of Portland’s most interesting comedians—Jake Silberman and Hunter Donaldson—team up for this sketch/stand-up show, making us guess what is “hard” and what is “soft” about their respective stage personas. Adjective hype aside, these two have more commonalities than differences: They’re both creative ramblers with interesting twists and turns in their material, and they rarely perform the same way twice. Get fucking OUT THERE with these half men/half boys; then laugh hard. (Sat Jan 25, 9 pm, Kickstand Comedy Space, $10) SUZETTE SMITH

McTuff, Brian Charette Organ Trio
Seattle jazz trio McTuff’s organ-centric crew exhibits blistering chops, as heard on their most recent LP, Vol. 3: The Root, where their worldly musical muses traverse impressive realms on scorchers like “A Mendacious One” or the glittering dancehall jam “The Brat.” Those inclined to cut a rug had best be in attendance. (Sat Jan 25, 10 pm, Goodfoot, $12) RYAN J. PRADO

The Grand Theater of Wes Anderson
You will likely not attend a more mannered, orderly, dare we say "buttoned-down" evening of burlesque entertainment than this well-manicured, finely soundtracked, diorama-inspired night of fantasy dedicated to the films of Wes Anderson, whose barely-repressed feelings in films such as The Royal Tenenbaums and The Grand Budapest Hotel will certainly come bursting to life on the stage courtesy of performances by Prince Peanut Butter, Valerie DeVille, Bayou Bettie, Lola Coquette, and more. (Sat Jan 25, 8 pm, Crush, $15)

NW Coffee Beer Invitational
We have our collection of quirks and foibles here in the Pacific Northwest, but damned if we don't know how to brew things. Beer and coffee, especially! And for the seventh straight year the Goose Hollow Inn puts up a very big tent, and invites a lot of brewmasters and coffee roasters to come together and see what sort of drinkable magic they can make together. For $25, you get to sample that magic with a festival glass and 10 taster tickets, as well as live music and food from the Inn itself. (Sat Jan 25, noon, Goose Hollow Inn, $25)

Black Tiger Sex Machine
The Montreal-based trio known for performing a hard-hitting blend of dark electro music while donning Tron-inspired tiger helmets brings their live show to back to the Roseland as part of the "Futuristic Thriller" Tour. (Sat Jan 25, 7 pm, Roseland, $30-35) 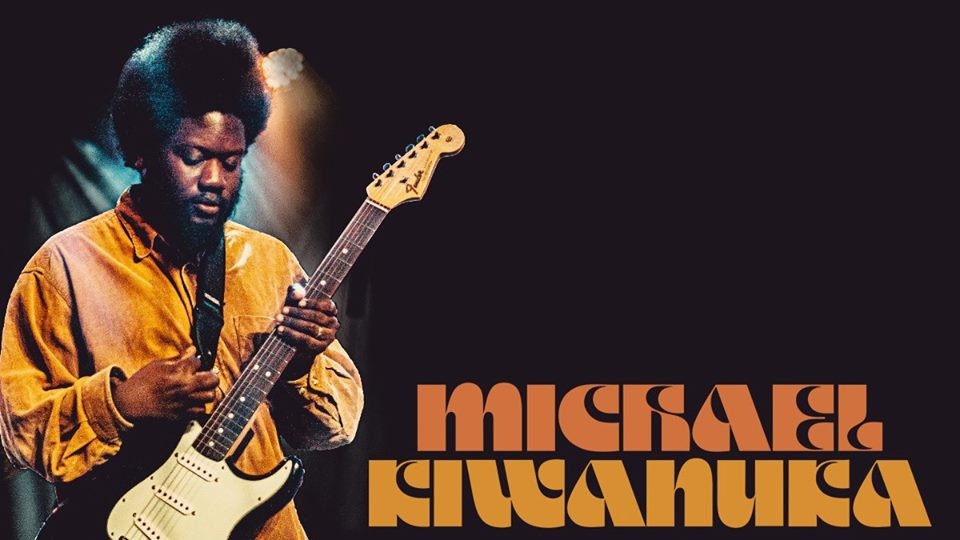 Michael Kiwanuka
Even if you think you haven’t heard soulful British indie-folk artist Michael Kiwanuka, you probably have—especially if you’ve ever tuned in to the HBO drama series Big Little Lies, for which his song “Cold Little Heart” was used as the intro theme. But the singer-songwriter/multi-instrumentalist has really been coming into his own ever since he stepped onto the scene in 2012 with Home Again; his 2016 sophomore album Love & Hate was nominated for numerous awards in Europe, and peaked at number one on the UK albums charts. And now us Americans are finally catching on. Kiwanuka, his new 14-track LP, has also been met with critical acclaim. Kiwanuka welcomes you into his musical world with the original sounding “You Ain’t The Problem,” followed by “Rolling,” which kind of sounds like it could be plucked from 1970. Get to the Roseland if you want to gently rock out for a couple hours, and especially to hear Kiwanuka play the drawn out climax to album highlight “Hero,” no doubt backed by stellar accompaniment. (Sun Jan 26, 8 pm, Roseland, $23, all ages) JENNI MOORE

The Used, Dragged Under
The renowned emo act out of Orem, Utah returns to Portland for an intimate (and very sold out) headlining show at the Hawthorne Theatre. (Sun Jan 26, 8 pm, Hawthorne Theatre, Good Luck at the Ticket Resale Sites, all ages)

Chopin’s Piano Concerto No. 2
Renowned British pianist Benjamin Grosvenor links up with Conductor Eun Sun Kim and the Oregon Symphony for a special performance of Chopin’s "Piano Concerto No. 2," with the Symphony rounding out the program with renditions of Texu Kim's "Spin-Flip" and Rachmaninoff's "Symphony No. 3" (Sun Jan 26, 2 pm, Arlene Schnitzer Concert Hall, $24 & Up)

Your Holiday Takeout Roundup—for the Tastiest Quarantine Ever!

The Best Movies and Shows to Stream in Portland This Weekend: September 10-13, 2020