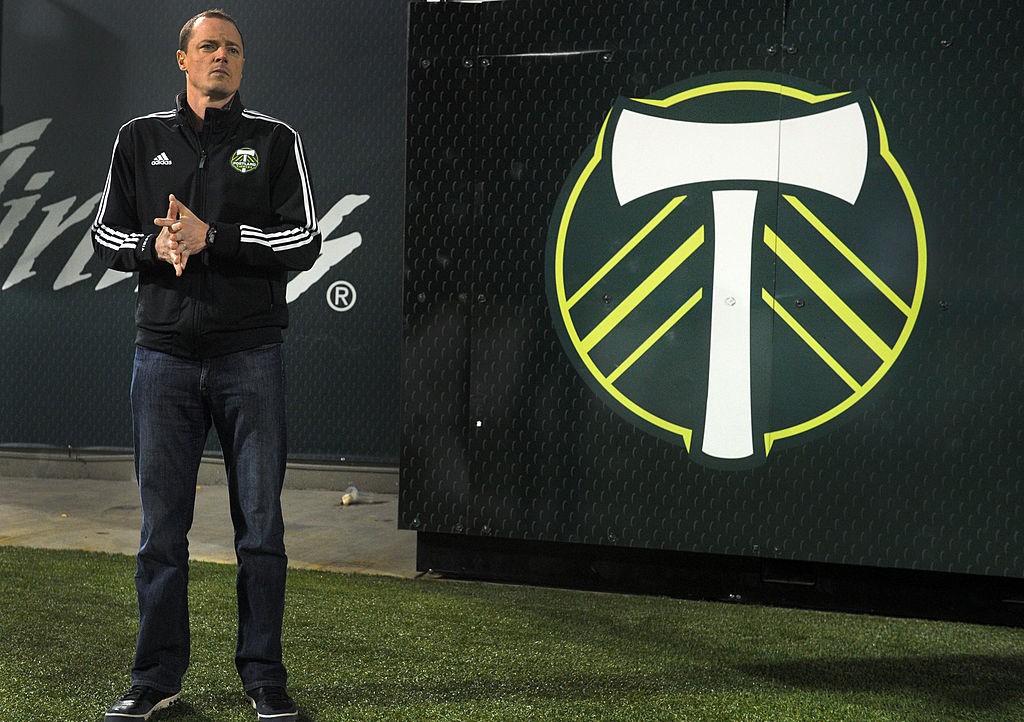 The Portland Timbers and Thorns have fired President of Soccer Gavin Wilkinson and President of Business Mike Golub, the club announced in a press release on Tuesday morning.

Owner Merritt Paulson’s decision to fire his top two executives comes less than 24 hours after he announced that he, Wilkinson, and Golub would all temporarily step away from their duties with the Thorns following the release of a report on the findings of an independent investigation into alleged abuse in the National Women’s Soccer League (NWSL).

That investigation, led by former US attorney general Sally Yates, found that Paulson and Wilkinson enabled the abuse of Thorns players by former manager Paul Riley and protected Riley in its aftermath. It also detailed an inappropriate sexual comment made by Golub.

The Thorns fired Riley in 2015 after an investigation prompted by a complaint about his conduct made by former Thorns player Mana Shim, but club officials never publicly disclosed the reason for Riley’s departure and continued to support his career for years. The investigation also found that all three men—Paulson, Wilkinson, and Golub— made sexist and inappropriate comments to Thorns personnel, claims which the men have denied.

Tuesday’s announcement comes after the Rose City Riveters, Timbers Army, and 107 Independent Supporters Trust (107IST) suspended relations with the club’s front office, called for Wilkinson and Golub to be removed,  and demanded Paulson sell both teams amid intense pressure on Paulson from fans, media, and Thorns star defender Becky Sauerbrunn.

In the release announcing the firings, the Timbers and Thorns also announced that the club’s general counsel Heather Davis has been named interim president of the teams’ parent company Peregrine Sports and will oversee the business operations of both teams. Thorns general manager Karina LeBlanc will lead the Thorns’ soccer operations, while Timbers technical director Ned Grabavoy will lead the Timbers’ soccer operations with Wilkinson gone.

Wilkinson’s tenure as the Timbers and Thorns’ top soccer executive was marked by consistent success on the field—both clubs won championships and racked up playoff appearances under his reign—and a culture of dishonesty and disregard for the safety of women off of it.

The Yates investigation found that Wilkinson allegedly told Western New York Flash executive Aaran Lines that Riley ‘was put in a bad position by the player’ and he ‘would hire him in a heartbeat.’” The Flash went on to hire Riley.

One player also told investigators that when she would ask for something on behalf of the Thorns, Wilkinson would jokingly respond “Why can’t you just stop being a bitch?” Wilkinson denied the allegation.

Wilkinson’s alleged victim shaming of Shim, firm recommendation of Riley, and sexist remark to a player are far from the only charges of reckless conduct and dishonesty made against him in recent months.

Shim has also alleged that Wilkinson called her into his office in 2014 to tell her to stop publicly discussing non-soccer matters, a potential act of workplace discrimination. Shim had come out as LGBTQ+ the year before.

Wilkinson was also heavily implicated in the Timbers’ decision not to report a domestic violence accusation against former Timbers midfielder Andy Polo to Major League Soccer (MLS) in May of 2021. In addition to not reporting the allegation, the Timbers declined to suspend Polo, extended his contract for another season, and explored trading him to other MLS teams.

The Timbers terminated Polo’s contract when the allegations were made public in February, after which Wilkinson claimed that three three of the club’s immensely popular Latino players—Diego Chará, Diego Valeri, and Sebastian Blanco—all criticized him for the decision. Valeri, who was playing in Argentina at the time, denied that he spoke to Wilkinson or any club official about Polo.

MLS has yet to comment on the revelations in the US Soccer report.

Golub, too, had been with the Timbers for more than a decade. First hired in 2009, Golub won MLS executive of the year awards in 2011 and 2013 and helped oversee the renovation and expansion of Providence Park.

But over the summer, ten former club employees accused him of inappropriate conduct and creating a hostile workplace for women and working mothers. He denied a share of the allegations and kept his job then, with the club stating that he was undergoing sensitivity training.

But Golub surfaced again in the US Soccer report when former Thorns manager and current president of US Soccer Cindy Parlow Cone alleged that he asked her “What’s on your bucket list besides sleeping with me?” in 2013.

Paulson’s complicity in the club’s enabling of Riley and fostering its culture of sexism and dishonesty is also well documented in the US Soccer report, despite investigators writing that the Thorns attempted to impede their work. According to the report, Paulson first learned about allegations of abuse against Riley in 2014 but did not act. He exchanged friendly tweets with Riley in the years following his departure from Portland.

Paulson has thus far given no indication that he is considering selling, but the belated firings of Wilkinson and Golub are unlikely to placate supporters groups who called for Wilkinson to be fired more than a year ago when an article in The Athletic first detailed abuse allegations against Riley publicly for the first time.

Paulson’s loyalty to and unwillingness to part with Wilkinson over the last year was highlighted by reports on Wednesday that the club actually gave Wilkinson a long-term contract extension earlier this year while he and the club were under multiple misconduct investigations.

After temporarily suspending Wilkinson from his duties with the Thorns last year following the publication of The Athletic report, Paulson reinstated him as the club’s president of soccer in January after an internal investigation cleared him of wrongdoing and allowed him to continue as the Thorns’ top soccer official.

The club’s response to the ten accusations of misconduct against Golub was similarly blasé: Golub said that he was undergoing various sensitivity trainings, some of which were self-guided.

“Mike leaned into trying to improve himself,” Paulson told The Oregonian at the time. “I’m pleased with that, and I’m pleased with the work he’s done. Mike is a good person who’s meant a tremendous amount to our organization and our city.”

Ultimately, Paulson only acquiesced and fired both men in the face of mounting public pressure on him personally. Some of that pressure came from sponsors like Alaska Airlines, which wrote yesterday that it is “deeply concerned” about the findings of the independent investigation and “assessing options” to support players and contribute to positive systemic change.

Alaska Airlines isn’t the only sponsor weighing its options. Providence Oregon chief executive William Olson wrote to all Providence Health & Services employees in the state on Tuesday afternoon that the company is “in contact with the Thorns” over the “deeply disturbing” report.

Supporters on Wednesday continued to message club sponsors urging them to pull their support unless Paulson sells.